Before anyone says anything, yes, I have several sticks of anti-chafe balm in my drawer. SEVERAL. However, like most anything meant to help with fitness or sports, it’s gonna run the price up pretty bad. Though it’s true a little can go a long way, they’re gonna run out eventually and I hate the idea of dropping about $8 on a teeny-tiny stick of the stuff or a jar of the cream or whatever (and then there’s the prices for similar products, roughly the same up to 4x more–sheesh!).

Not up for that when there’s probably other things that can or have worked, at least for short stints.

I’m also trying my best to stretch out what I have and reuse what I can as best I can while also reducing my waste footprint because I’m sick of thinking about all that plastic I’ve just used up over the years. Doesn’t help that I live in an area where people burn their trash or dump it–no recycling facilities or even drop sites for anything beyond used grocery bags or scrap metal within 30 miles. So, I’ve been looking for alternatives all over the place. I’m currently:

You get the idea.

To me, deodorant dispensers are some of the worst offenders to me. And I hate these little mini-twist up dispensers that house the anti-chafe balm. Tiny bit of product packed inside an unrecyclable shell (at least, I can’t figure out a good way to do it.) I was hoping to find some with a recyclable container, but then I got thinking: aren’t there already useful items that can be used effectively like anti-chafe balms?

I mean, I’m sure there’s other things you can put on your skin, at least for short running stints or workouts (marathons might need more protection, which is what I’d want to save the sticks for as much as possible). I’m obese, so of course my thighs rub together no matter how much I’d rather they not. I have moisture-wicking clothes, especially the shorts, and my workouts have been good because of anti-chafe balm. But I need something else.

I was tempted to get the petroleum jelly out and try to use that as friction prevention, but remembered trying that once before and that crap got all over my clothes. Cotton washes easily, but I dunno what petroleum jelly on moisture-wicking materials would do. Probably ruin them, if the waxy residue from fabric softeners can do so.

I was digging around online and trying to find remedies or other products that could be used to prevent chafing, but alas, when I go on them, all I see are remedies to help AFTER it’s happened. I am trying to avoid the pain and irritation, which generally stops me from working out in the first place and then I’m on that terrible cycle of not doing what I need to do to have a better life. I hate that crap. Chafing and illness have stopped my exercise routines in their tracks. A&D ointment works fine on chafes, especially if you avoid wearing shorts while the ointment does it’s thing (another perk of living alone: no one to annoy or gross out at times like this). Finito, done.

What I need is PREVENTION.

I know the fit of the clothes and all matter, and the material. I spent a hell of a lot to get better, real workout clothes (and yes, the chafing and rashes have gone WAY down as a result of not just throwing on some sweat shorts and an old t-shirt like I used to do), and they feel good. Even so, chafing is just gonna happen, at least until I start dropping a lot of weight and get more toned and fit. Even then, might have a bit on tricky runs or really hot weather.

So, there are plenty of sites saying how to take care of a chafing problem AFTER the fact, but I’m having a hard time finding stuff for before. And then there’s the warnings about talcum powder these days (I’ve used body powders before–or tried to. Once the sweating and movement started, it would start to clump or disappear and I’d feel grosser than ever). 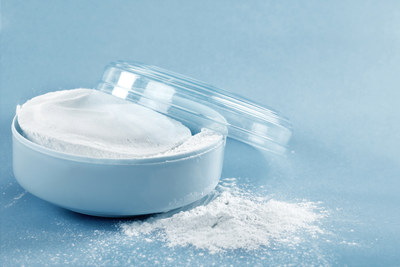 Have any of you had this problem, or maybe you had run out of anti-chafe balm and had to use an alternative until you could get your hands on more? Anything you would NOT recommend trying? I’m just trying to save a few bucks, not ruin my clothes, and help my trash footprint at the same time (and maybe others could use the same ideas). Plenty online about care after, but what the hell can help PREVENT chafing, blisters, whatever without costing a ton?

Floor’s yours (and happy health to all)…

12 thoughts on “Q#176: What are some good home remedies that can PREVENT chafing & other irritations during exercise (& not ruin your clothes or budget)?”