Last Thursday it was plumbing trouble out the wazoo. This Thursday was a slipped knife meeting an unprotected thumb, resulting in a one-handed drive to the emergency room.

And also I’m dreading next Thursday, because what the hell is gonna come NEXT?

I would’ve mentioned this earlier except thanks to the pain meds, my brain has kinda gone all fuzzy on me. At least they took the edge off the sharp throbbing of my fleshy thumb and nailbed. But I hate that I haven’t had many discernible thoughts all day and just had to read fanfiction and take naps to get through it. Hell, I’m getting sleepy already and I was planning on trying to stay up and get some browsing done.

Well, what happened was me cutting up vegetables for the birds breakfast and my salad. I was getting the spinach chopped up when the knife slipped. I was about to reposition my hand (and the unfortunate thumb) when that large, recently honed santoku blade edge sliced right down, partway through the left side of the top segment of my thumb and the nail. I think the fact that it went through my nail made me go “uh oh” the most.

And of course, cue the panic and rapid-fire cursing as the blood welled up. Never occurred to me that a knife could go through the nail like butter. And oh man, I knew I couldn’t just “put pressure” and hope to stop the bleeding and just wrap it up tight. I was gonna need help and to prevent infection.

Cut-resistant gloves? I MIGHT just have to invest in those…hmm…

So, I got a towel, wrapped the thumb tight with my other fingers securing it, and went out to collect the dogs and get them inside. Unfortunately, my parakeets were gonna have to wait til I got back for breakfast. I felt annoyed as hell that it took me over 20 minutes to get to the nearest urgent care center–had to hit remnants of school traffic, a construction zone, and two very slow tanker trucks in the way first.

It didn’t take long for me to be seen, and it wasn’t quite as bad as I feared it was. The knife was so sharp I hadn’t really felt much of a cut, but that nail bed woke me up to the pain fast. It was seeing the blood that spurred me on, and of course, thumbs bleed big time. I gave it a helluva quick rinse in the sink just before I wrapped it in a towel (would’ve felt weird having spinach stuck to the wound, after all) and kept the pressure on it. The pain was maybe a 3 or 4 after 30 minutes (when I was asked by the nurse), but when I released the pressure, that number jumped up a few notches.

But they took care of me. I was scared about stitches and not sure how that was gonna work out. I’d never had to deal with that before. The closest I ever got to a wound like this was about 20 years ago when my 1/2″ wood chisel slipped over a dense section of wood and ended up in the meaty muscle in the palm of my hand. That wound spurted and freaked me the hell out for a couple minutes, but I was able to contain the bleeding and wrap it til I got some butterfly closures and that was that.

But this was more complex. So, they gave me a betadine soak for the hand to disinfect it, looked it over, and they had those thin steri-strip things to help fuse the wound back together. I hadn’t chopped a chunk out of the thumb like I feared, just split the skin, so forcing it back together and letting it mend was gonna be fine. I just hadn’t anticipated the nail issue. But since they really didn’t wanna tear out the nail and work on the spot under it (that idea REALLY made me cringe), they did the strips and derma-glue on the nail, too.

I’m gonna have an ugly-ass thumb for a while, but hey, as long as there’s no muscle damage or infection, I don’t care. 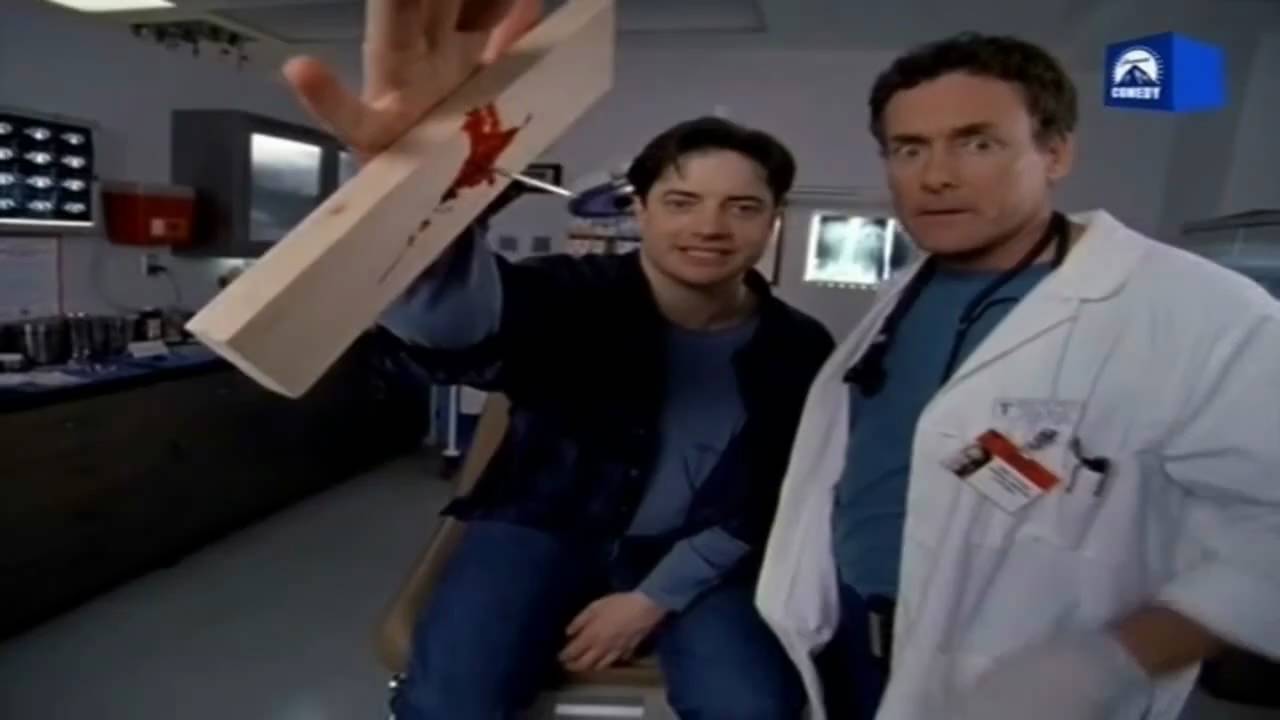 Okay, not the same kind, but I gotta say, I love that scene and episode of Scrubs

But yeah, just like last week, that split-second “I really should…” thought came a split-second too late. Last week it was that damned valve at the sink I was gonna double check that went “Old Faithful” on me. This time it was the thumb not being tucked under before making a chop. I broke one of the most basic rules of knife safety by accident. I should’ve put the knife down before moving the item to be cut and positioning my hand properly, but nope, was still holding it while re-arranging things, and oopsie–slipsville.

Well, I’ve often heard that everyone trying to learn culinary skills cuts themselves or burns themselves pretty bad at least once. Knock on wood, this’ll be my last great mishap in the kitchen.

The tough part is having to do things one-handed. I still had to go to work after that craziness, so I got some antibiotics and the pain meds, came home and had to shower and get my work clothes on. Never figured how tricky it would be while trying to keep that covered thumb dry. I felt silly as hell showering with that one hand basically holding the top of the shower door so I didn’t accidentally get it wet.

And oh boy, accidentally banging it on things, or using it without thinking while grabbing handles or drawers brought a lovely little world of pain. I had to wait to get home to take the good meds, so I was making due with the weaker stuff while at work so I wouldn’t get drowsy. Sleeping was also tough because I’m a tosser & turner, and it felt really bizarre sleeping with my arm outstretched as much as I could to keep the thumb from getting squished. The intense throbbing from pressure changes kept waking me up. But I have it wrapped up a little better tonight, so hopefully it’ll all be well (and I’m waiting til right before bed to take the meds).

Sheesh, weirdness has taken over two Thursdays in a row. Don’t even wanna know what could be on the menu for next Thursday.

Maybe I’ll make a pumpkin pie. That way, if the world decides to end, at least I’ll go out with some coffee and good pie.

4 thoughts on “More mishaps around the house; or, Gordon Ramsay’s voice is yelling in my head about my shoddy knife skills & a trip to the E.R….”