To be clear, I’m pretty sure I DON’T have Covid-19. I had some minor symptoms that began to pile up earlier, but it very well could’ve been some other illnesses coming together (allergies, stomach irritations coming and going) added to the skyrocketing anxiety I was starting to have, making things feel worse than they actually were.

My next door neighbor got Covid-19 and has spent time at home doing quarantine this week. I didn’t know til yesterday when I happened to see her at her mailbox and had a short chat (I was more than 6 feet away and in my car, coming back from the corner store). She’d told me how her symptoms had gone and why it took a while to figure out she had it: allergies thanks to everyone mowing at once, the heat, etc…. stuff that screws up my self-diagnoses, too.

Somehow in my lethargic, uncaring, depressive state, I hadn’t really watched the news in months. It didn’t take much for me to get home and start trying to play catch up. My stomach had been hurting off and on–that awful sour feeling–for a couple of days, headaches were more frequent (I attributed it to stress and learning on the fly), but when I started getting dizzy, that’s when I began to wonder if I’d been ignoring some big signs the past few days.

Ended up spending over half of this morning researching symptoms and looking for a testing center. Now, I still felt like I might be ticking a few check boxes off the list with the rise in possible symptoms, but my anxiety was in the driver’s seat. I’d been wondering about how long it had been since my last test (just before an outpatient surgery in November, I think). I’d also thought about how I was working around little kids again, and how the youngest have to be cajoled to put the mask on and keep it on, or they don’t stop touching their faces, etc. And I thought of my responsibility to ensure that I didn’t become an accidental spreader, even if it turns out I was clear.

And yes, I got the vaccine a few months ago, but there’s so many folks running around here in my neck of the woods who assume the vaccine means all is good, instead of just being a tool in the toolbox to help prevent the spread. My neighbor got the jab for her job and STILL got Covid-19.

When I got to thinking about how I’ve seen maybe 1 person in 8 or 10 wearing masks around town the past few weeks, hearing how vaccine numbers were dropping, and then found out that my county’s numbers of infected have increased quite a bit lately… yeah, that made me drop everything and look for a test site. 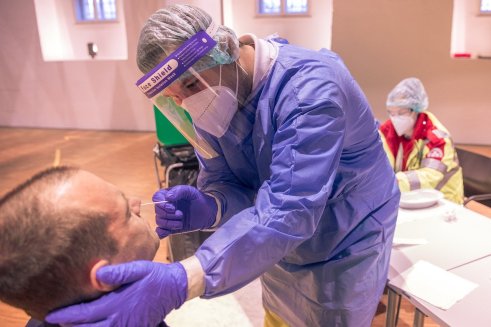 Took a while to get to one, but got in there, had that awful swab up the nose (sneezed blood for a little while when I got home–damn those things are irritable), learned a few things, and they recommended 10 day quarantine til they got me the results AND to see how my current symptoms went.

Got to tell my new boss all about it. Kinda sucks because I’ve only worked a few shifts and now I’m out for 10 days? But she understood my desire to be “better safe than sorry” especially with little kids. I am paranoid about safety, namely other people’s at the expense of my own. So, I’ll lose out on some pay because of this, but honestly, I’m okay with that. I’m just really bummed that I gotta miss a therapy appointment when I’m sure I’d have a ton of stuff to bring up regarding my current anxieties.

So I headed home, and it’s like the traffic was conspiring to keep me on my path. I didn’t veer off and head to the store to get some basics like an idiot–I just went home. Ended up ordering online to do curbside (after spraying down the interior pretty good and letting it air out) and picked that up. Doubt I’ll leave the house for a while.

But again, I’m okay with that.

I’m okay because even though I was feeling paranoid and stupid at first, and like I was throwing things away (and that I dreaded going into work because I’ve just had no energy), I got the idea that I have choices and I have chances over the next 10 days that I should take advantage of. 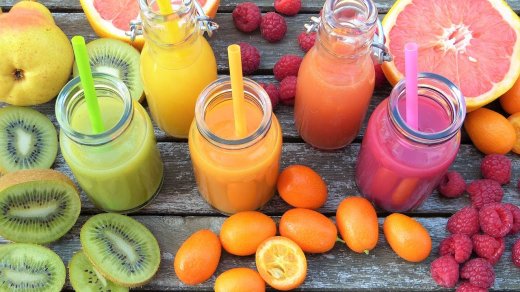 Mmm… the smoothie taste testing’s gonna be fun the next week or so. Can’t wait.

I hate having ideas, but being paralyzed by fear and unable to do them. Well, I’m gonna be bored off my ass if I don’t try, and I’ll have no excuses (unless I’m really sick and dying–knock on wood). I have a chance to make some new choices, and do better for myself. I have been slowly dying for years on being a chickenshit, and it’s just as unhealthy as any virus. I have limitations over the next week, but it’s worth trying to do better.

And best yet, I won’t have to leave the house for interviews and meetings (hee hee).

I keep prepping for things, but won’t pull the trigger and get them started. I just let them sit there, and then they start to decay and I wonder why I even bothered in the first place (usually when I’m cleaning up the mess of crazy plans, props, or whatever).

I’m determined to get a good night’s sleep, finish some stuff I’d been procrastinating on in the morning, and really go to town on work-from-home opportunities. My dogs will no doubt be pleased as hell that I’ll be home the whole time, and I will as well if I don’t chicken out, I learn what’s needed, and put myself out there. May take more than a week for that part, but at least it won’t be theoretical. I should have some proposals or short items ready by the end of this 10 day period.

My birthday present to myself this year is going to be a better life, if I’m brave enough to take it. I’ve hated August because I’ve hated my birthday. Maybe this’ll be the first time in over a decade where I grow to like getting up in the morning instead of being apathetic, despairing, or listless.

I certainly hope so. And it’s nice to actually have “hope” while writing that.

7 thoughts on “Choices & Chances, or, learning to finally use this quarantine period to my advantage…”