While searching for career paths to take and trying to find what would fit me best in the world, I ended up watching a lot of vids about businesses and looking for jobs and the like. I should’ve been cleaning my house top to bottom, but got sucked into watching and getting more and more disheartened.

Some things you suspect when you’re having a crappy day, but other things make you wonder how much you’re gonna have to play catch-up to be a useful force in the world. I’m not even 40 yet, but I feel like those relatives I used to know that bitched about computers and that nobody wants to work hard anymore. Things have changed so rapidly and so often, and the world has become a smaller place where people anywhere can probably work your job or one very similar to it.

I had the Protestant work ethic drilled into my head, and like my parents before me, I figured that’s how the world was supposed to work: get a good job, work hard, do your best, and you’ll be rewarded. So, I tried, and it didn’t work. If I’d stuck to trying to find a teaching job, it might well have, but teaching jobs around here are pretty miserable and raises even more so.

On my last job I maxxed out possible raises early (only about a $3 difference an hour between starting and max) being so productive and helpful, but it was a dead end and super-stressful as prices only went higher. There was no going further unless I wanted to become salaried, give up any semblance of a life and learn an entirely new job description that I had no interest in. I am not a salesperson and administrator-type, far as I can tell (scored lowest on those segments of my latest career test), and that’s largely what I would have to become.

And if that’s the way it has to go, I might as well go another direction in another place. I wasted most of the past year trying to find those opportunities that would let me climb that ladder, to find something I could stick to. Now I’m a step behind working a similar job to the one I left (though I’m keeping my mind open to learn as much as I can while I can in hopes I can get something out of it, even if it’s not much money). I’ve somehow managed to find my way into multiple dead-end jobs in my life, and still, I figured there was that corporate ladder out there that allowed you to progress and rise in the company.

It took me ages to realize that thing may not exist anymore, and has been fading for at least the past decade, useful to bring up in interview pitches and motivational speeches.

The more I watched and read, the more I realized that this isn’t the way it works for the average person on the job search, trying to make a living out there in the world. 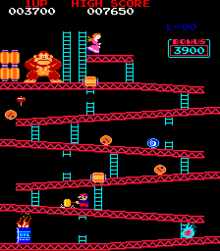 I’m sure there are some places where the so-called “corporate ladder” can work and has worked for decades. Smaller family-owned businesses certainly could keep to this structure, and maybe a few local businesses that aren’t a part of franchises. Otherwise, I can’t really think of much.

What I began to realize is that everything seems to be a dead-end job, and that requires job-hopping to get better. It makes me wonder how the hell retirement is supposed to work out, and it actually scares the hell out of me. I mean, it definitely explains the glut of commercials about planning for your retirement that I’ll see on TV or YouTube or whatever, because when people stuck to steady jobs for decades in fixed careers, I don’t recall seeing those commercials all that much. Why would we–your employer took care of things and helped you build up your retirement account, right?

I’m at the point where I’m gonna work til I drop dead. When (fingers crossed) I make a living as a writer, that won’t be such a hardship because I’ll be doing what I love anyway, so no biggie. But if my health dips or my mental state starts to go, what the hell would I be able to do to get around it? Writing and making a living from it would be off the table. Gonna have to get really successful, enough to have a good amount to stash away.

I’m amazed how often the “corporate ladder” is still used in conversation, touted as the aspiration and one of the last gasps of the myth of “loyalty” to an employer. This morning, this video really punctuated what was bothering me so much, and it made me wonder how drastically things had changed… and why it’s doubtful they’ll ever go back.

It’s pretty sobering to think that I’m gonna have to job hop or invent my own job and work it til the day I die, and how long can one really job hop til suddenly everybody considers them “too old” and they won’t get calls anymore. Then they’re stuck working at the last job.

I guess even giving raises every year isn’t gonna stop this trend… hell, can’t remember the last time I heard someone I know getting a raise, now that I think about it.

This vid’s pretty good, too, and I love his visual breakdown (nice forearms).

But this all makes me wonder, because I’m still researching and learning, has the corporate ladder become a myth after all?

What’s been your experience (or what have you noticed these days regarding your job search or others’ job searches)? Have you been lucky or figured it out?

One thought on “Q #168: Does the “corporate ladder” still exist, & if so, is it worth pursuing anymore?”