I lost count the number of Anti-MLM mini-documentaries I’ve watched the past few weeks, and about so many companies. Many more than I ever knew existed, or ones I had heard of, but had no idea they were Multi-Level Marketing companies.

Shows how often I branch out when shopping, I guess. And I’d never join a sales pitch over a social media post, so I guess that’s where I go. Sometimes being an introvert can be helpful, especially when someone needs every warm body below them selling, selling, selling. Well, i don’t have much of a selling instinct and my Truthful Tourette’s would give anybody above me in the chain seizures.

Of course, there are some differences between pyramid schemes and MLM’s, namely that MLM’s are one bad decision away from becoming total pyramid schemes, or they are and just haven’t been publicly blasted and shut down yet (at least, that’s the best sarcastic answer I’ve heard from some disgruntled folks out there).

This YouTuber, Illuminaughtii, has some of the best info on them out there–I think I’ve looked at her whole catalog of Anti-MLM and shitty business practices videos, and this is a good intro if you’re as confused as I was about some basic formats:

What startles me is when companies have been exposed as pyramid schemes but are STILL somehow around.

Herbalife is still around, and they were one of the biggest ones! Well, they were de-fanged somewhat, but in other countries, their MLM ways are pretty alive and well. Hell, just last year they got in trouble for bribing Chinese officials. Of course, there’s a lot of confusion with Herbalife, too, from what I’ve read. Many say they were MLM, but not anymore because of compliance orders from the FTC, or they still are for the majority of the business structure and have just gotten better at not getting caught. Somebody I used to talk with at Starbucks was with Herbalife (and gave nothing more than a nod of recognition when she realized I wasn’t up for it after that).

I lost count the number of “friendly conversations” I had with people that ended up with them telling me about easy and “exciting business opportunities.”

Uh, not gonna give you all my info and sign up in a coffee shop, thank you.

Sometimes my general wariness and paranoia can be a pleasant defense mechanism.

Hell, the first time I was approached was through my weirdest uncle, talking about ways I could make some money for myself (his picture could be in the dictionary next to the word “schemer.”) I brought it up to my dad and learned a little about pyramid schemes that day. Dad thought it was funny that my uncle was so incompetent in his determination to avoid real work that he couldn’t even con a 12 year old.*

When I was around 5, I remember my dad had Shaklee vitamins all over the place. Considering the amount, I think he was briefly a distributor, though he was also into body building at the time. I remember the chewable multivitamins I took each day (they looked like they were made out of greenish cork coaster material and tasted about the same). They’re apparently still around as a company and have been since the 1950s (though for the life of me I couldn’t tell you what was a Shaklee product or not if I saw it now, with re-branding and labeling and the like).

Thankfully after dad stopped stocking Shaklee in the house, I was given those Flintstones shaped chewable multivitamins, and my taste buds were so happy.

My stepmom got into Mary Kay for about a year or so. My stepsisters were playing with the sample packs for a while after she quit. I can’t even remember how much of the product she had left over in the end, or if she managed to sell it to someone else to stock up their inventory.

I lost count the number of folks I used to hear from who got into Scentsy or had the info on their cars. I think every “market” event at my college for five years had one Scentsy seller (I still have the cute elephant with the scent pack in the belly… mostly because I never saw a stuffed elephant before that was that size). 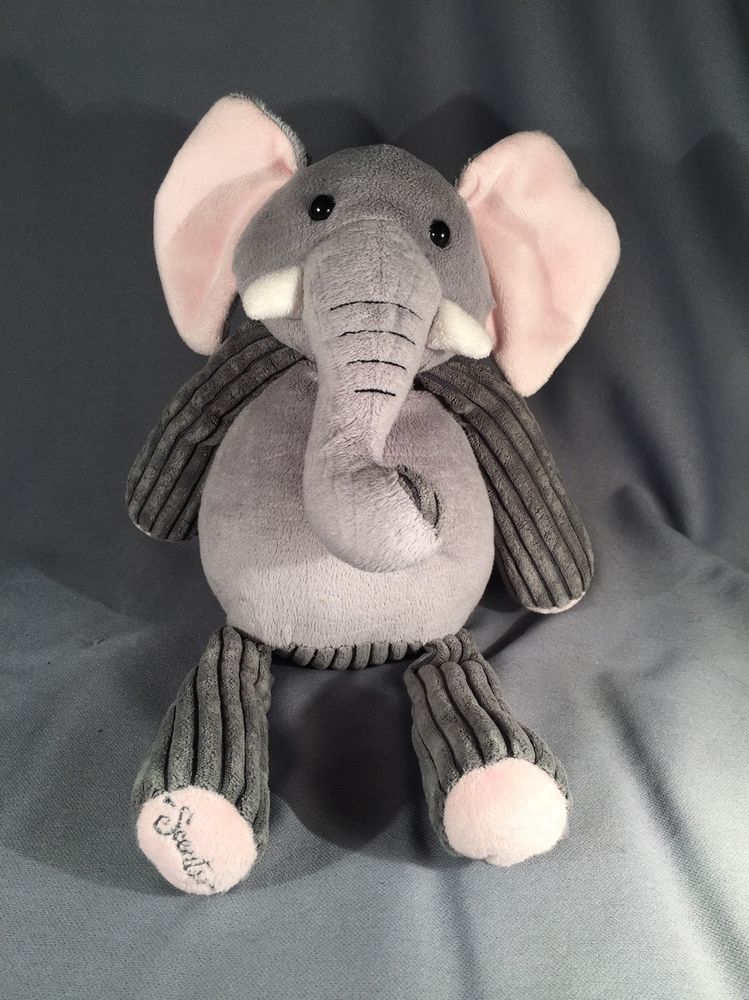 He was too cute to pass up… and one of the more affordable things I could get that day. Mine still looks like that.

And one of the worst of all in the past decade: LuLaRoe. After hearing some of the stories of women who got into the leggings-giant, and how the selling worked, and the commissions and recruitment, the crap products and all… you can still find LuLaRoe’s webpage up and running, looking for new recruits.

But why? They’ve been exposed by the news media, the government, by consultants that left and explained the story and screamed to the heavens that it was a terrible scam and any newbies would lose big time if they went into it. Why are they still around? Why has the company not financially crashed and burned?

I suppose suckers are born every minute. And it’s probably why even though most everybody seems to have a joke about the poor Nigerian prince that needs your bank account for a while and will reward you handsomely, people still fall for this internet scam.

As long as there’s a desire to get rich quick, there will be pyramid schemes and Multi-Level Marketing (whether it fully goes that way or not) businesses. I want to roll my eyes every time I hear the phrase “be your own boss” in relation to these things. Uh, if you have to buy a minimum amount of product, get harassed if you ask too many questions, can’t sell at the prices you want and however you want, or even pick your inventory in many cases… in what universe would someone look at you and go “oh yeah, you’re the boss.”?

And the way so many of them operate and are exposed over time… you could make bingo cards when you read about the implosion in the papers or hear it on the news.

I just don’t know how the companies, once exposed and the sales force starts running off, still exist for quite some time unless shut down by the government for some pretty extreme reasons like death.

Have you had a bad MLM experience, or family that was in it, and if they ever got out of it? What got them into it, and would they do it again? And if you’re in one, no soliciting, we’re just trying to understand (hee hee).

*Edit: to clarify, I have no problem with the entrepreneurs and folks with ideas–do your thing. My uncle, however, was probably the laziest adult I’d ever met, but acted like he was working on something. He’d actually been handed a full-time job on a platter after his wedding and ended up embarrassing his father in law by not showing up and quitting within 6 months. He briefly owned a supply store, but other than that, I don’t think the man ever worked on anything that wasn’t a scam in his life. When I asked him what he did for a living at 12 years old, I couldn’t get a straight answer. That’s when I learned to avoid this man and anything related to “money.” Dad was proud I figured that out, and it explained his distaste for my uncle.

2 thoughts on “Q #166: Why do people still fall for business pyramid schemes, & after being exposed, how the hell do many of these companies still exist?”