Okay, this is gonna require some explanation.

Anyway, I was looking at a lot of posts in Reddit and other places and noticed the surge of posts regarding “sharing” Christmas gifts. More specifically, parents insisting that something is a “family gift” and that the kid (usually older) who got the gift has to share it with siblings. I’ve seen this a lot with birthday presents and Christmas presents in past posts, but there seem to be a helluva lot lately this year.

I mean, some things are meant to be enjoyed by many people, but I honestly feel if you say a present is “for” someone, then that particular person should have ultimate authority in who gets to play with or mess with it. Not “okay, we said it’s yours, now three other people get to use it, too.” Cue initial kid not being able to use said item more than a day a week, and when they whine, they’re told “we’re family and we share in this house.”

What I REALLY hate are the posts where I read that some teenager bought something for themselves–NOT the parents–but if there are younger siblings, that teenager is supposed to let them play with their stuff.

All in the interest of “sharing is caring” or “we share in this house.”

I get it in some respects. I mean, it’s good to teach kiddos not to be greedy little twerps, but there’s a better way to do it than to say “you need to share.” Especially these days with electronic toys–video games come to mind–you really CAN’T share them. The games are too customizable to the game owner, and having little siblings come in and either override all you’ve done or break your game… yeah.

I think a bunch of parents that are raising teens and younger kids today don’t realize how fragile these game systems are (and how expensive to replace controllers and parts), and that could be part of the problem. Gone are the more rugged family consoles meant for 5 year olds and up (my SNES and N64 have survived many trips to and from folks houses, events, overnight jobs, moves, etc., and still work great after 20+ years). It’s too easy for an 8 year old to break someone’s PS3 or Xbox or iPad because they have a tantrum and crack the glass, scratch the game disk, disconnect some lines, or break the controllers… yada yada.

And yet, I’ve lost count the number of times I’ve read about some teen being forced to let little six-year old cousin play with their $400 console and break their $50 controller within a day. Because they’re forced to “share” with a kid that has no impulse control or understanding of how to handle fragile things.

And of course, parents who force said kids to share don’t acknowledge how much it’s going to cost to replace things and who is going to do it, just saying “it was an accident” and moving on while the console’s owner is on the verge of tears.

If it’s about making sure the cousins play together (and not just getting them out of the adults’ hair) I would want to tell the kid “either let them play with you or you both play something else.” I don’t know a single pre-teen that wouldn’t shut down that console in an instant and grab something else to play when given those conditions.

Let’s face it–some game systems or game settings are meant for only one player to use at a time. And some multi-player consoles weren’t meant for little kids. Technology is THE thing most kids get. There’s a reason that when you go to get a tablet or interactive system meant for kids 10 and younger, they look a helluva lot different. They’re more colorful, bigger usually (padding and the like), and are meant to take more of a beating than one meant for more careful adults. 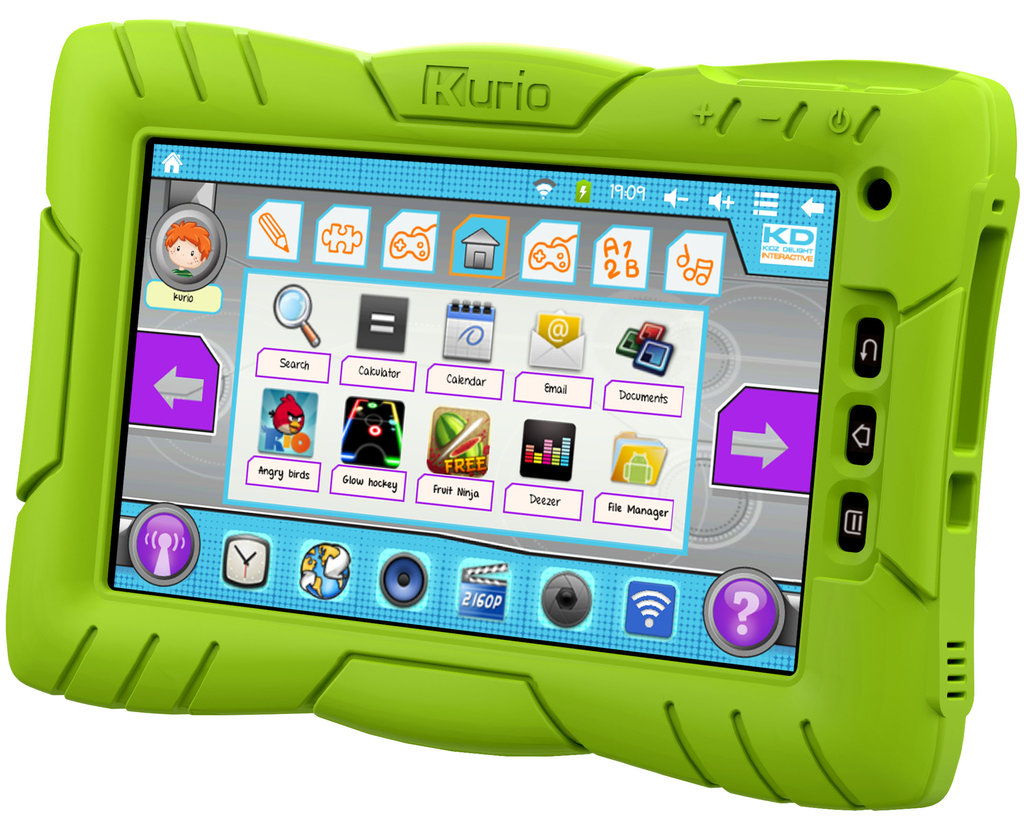 From NYTimes.com. This is an example of a kids tablet from Kurio. Look at all the rubber protection around it and the inset buttons. You could drop this a bunch of times or spill stuff on it and it not hurt it much.

It’s far too easy for younger kids to break older kids’ stuff these days because of how the items are made. I just hate the idea that in some families, even when one reaches teen-age, they’re not allowed their own stuff. In some families, that rule seems to apply even when the teen has bought the item themselves.

What. The. Actual. Hell? Who came up with these rules and why?

Sharing in general is a good thing, and if the older owner is not using a toy or item, I can see a little kid asking the older kid and trying to get permission. If it’s an easy-to-break item or something, then maybe using it with supervision (or being taught by older kid) is a good way to go. But I also think if the kid who owns it says “no,” because maybe they’re going to play later or it might get broken, then it means “no” and should be accepted (or at least “not right now”).

I’m not for leaving little kids out of stuff, but I don’t think little kids should be allowed to play with everything older kids do, either. If they want to watch, okay, but some devices are too complex and fragile for little hands. Sometimes there’s a good reason why not everything needs to be shared, and when the older kid finds their stuff broken for the umpteenth time, let’s just say I can’t blame the meltdown, especially when the parents have been warned that the little one will break it and insist the younger one play anyway.

I never understand why those particular “kids have to share everything” parents haven’t figured out how to make true family gifts, like a central location in the house to play board games or something that’s good for all ages. Granted, teens who like to shut themselves up in their room all night with said games make it tough, but parents could come up with a good compromise to have them come out and play with their little sibling for a bit. Let’s face it: plenty of little kids get bored easily and will make their own fun within half an hour.

I bring this up because I realized something that’s bugged me most about the “gotta share even if you don’t want to” thing, because I remember hearing it EVERYWHERE, not just from parents in the home. From what I can see, enforced sharing just creates three things: a doormat personality & deep-seated resentment by the constant “sharer”, and a sense of entitlement for the constant “borrower.”

I have the sneaking suspicion that a bunch of the so-called Karens out there were said constant “borrowers” who learned if they raised enough of a fuss, people would just ensure someone hand something over to them.

I had stepsiblings for just a few years, and was an only child most of my life, so I barely had to deal with this and have little memory. Probably why this has bugged me so much this season.

Have any of you grown up in a house where you were forced to share all your stuff, whether age appropriate or not, or whether you bought it for yourself or not? Did anything good or bad happen? Or how did your parents handle “sharing” with your siblings?

One thought on “Q#155: Is it time to re-assess teaching kids that they HAVE to share, especially siblings?”