This past week and change (roughly 7 of the past 9 days) has been “one of those days.” You know, the days where within half an hour of waking up a dozen things have gone wrong… and you just wanna throw your hands in the air, say “screw it”, and go back to bed until tomorrow.

I don’t know what happened, just too much and not enough at the same time. But every morning was the pits. I had a doctor’s appointment yesterday and was supposed to bring some lab docs with me. Halfway there I realized I left my phone at home and didn’t have time to go get it. And three blocks away I realized that bag I needed was still by the back door. The Starbucks I planned to get my first cup of coffee from had a crazy long drive-thru line (and this was mid-morning), and because of COVID rules being strengthened again, I couldn’t go in to order and leave like I could a few weeks ago. So, I had to wait til noon for some joe and my headache was getting worse. By the time yesterday morning wrapped up, I was ready to flip on the news and discover a meteorite was gonna wipe us out. Once I had my first cup of coffee in hand, it could’ve landed smack on me and I wouldn’t have given a damn.

I was in the middle of a water well situation and possible pipes freezing for the past few days, which was resolved anticlimactically. Because I’d never had uninsulated pipes to deal with in my life, I assumed the one day the temperature dipped down into a hard freeze was what killed my water pressure a few days ago (the night my plants went over the edge of the deck, for that matter). The pipe that got busted and fixed a week ago still didn’t have insulation on it (the stores were all out of the foam stuff for once). So, when the temperature just dropped, dropped, dropped, I assumed the lack of water was the pipes freezing, but because of the dark and temperatures, I couldn’t do anything about it. The shower that night was abysmal, and the amount of water trickled to nothing in the sinks eventually.

At least I had rainwater barrels I could pilfer from to flush the toilets or keep the dogs happy.

So, I spent two days without water, trying to see what I could do. I wasted the other day putting towels and boiling water on the exposed pipe to “thaw” it out best I could. I wish I’d been wearing a pedometer because I easily got my miles in after all the trips wearing a muddy path up and down the steps from the teakettle on the stove to the well to pour and change out towels. Trudge, refill the kettles, wring the cold water out of the towels, repeat. 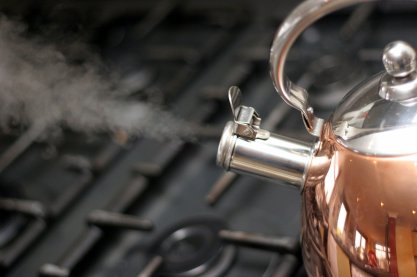 My neighbor was sick and I didn’t want to wake him up and pick his brain, because I’ve never dealt with frozen pipes in my life and figured I was messing up somewhere. He figured something was up, though, and came out anyway.

And within five minutes the problem was fixed.

I’d been pouring water for three damned hours, and it turned out that it wasn’t a frozen pipe issue at all, even though they were exposed: my well’s pressure switch was wearing out and the temperature drop had made it get stuck. I hadn’t seen the numbers on the gauge because of condensation that made it hard to read and I didn’t pay it much mind after that (of course, for all I knew, frozen pipes were gonna mess with the reading anyway). But nope, he got a twig and touched it to the switch to show how it was stuck and just needed a nudge.

I was torn between celebration and gushing my thanks or wanting the meteorite to hit (I chose the first option).

My dad wasn’t a very good teacher, and he did tell me to remove the top of the pressure switch and check it out if it seemed the well wasn’t working right. But he didn’t tell me WHAT to look for. The funny thing was I thought I’d checked on it right twice before. I removed the housing and suddenly the pump would click on and start working. I didn’t see any cobwebs or debris that would’ve messed with it, and just put things back and went on with my life. Thinking back on it now, I’m guessing that removing the casing jostled the switch enough to make contact, so I wouldn’t have noticed anything out of the ordinary. Just need to get a new one eventually, which is only about $30, so no biggie. But with the weather staying in the colder ranges for the next few days, I knew I’d have to take care of that pipe. When I got home yesterday with a tube of pipe wrap I’d lucked out in finding, it was finally warm enough that I could wrap the exposed pipe.

I was just so out of it and couldn’t believe that that pressure switch was the only problem. Something so simple that I didn’t see, and I’d worn myself out and drove myself to frustration over it. Thankfully, it all seems to be doing well. I’m just annoyed that I spent days trying to figure this out and things just got overwhelming.

Not enough Tylenol for all the face-palming I was trying NOT to do.

So today I told myself I was gonna try to take it easy and relax a bit (not couch potato like the past few weeks of depression, but just get a few things done without pressure). And with the insane cold of this morning, I decided I was gonna be smart and make a big batch of chili.

I hadn’t made chili from scratch in a long time (my dad swore by Wolf brand chili and it’s just so greasy I can’t even stand it… and I grew up on that shit). I couldn’t find one of my fave recipes, and actually got some chili meat at a decent price last time I hit the store, so I used that. Me and the crockpot became friends, and the end result was nice. Good and hot and filling, plenty of leftovers and plenty of time to organize some kitchen items and make a bunch of cornbread muffins to go with. Those didn’t turn out so well, but I figure I can tweak the recipe a bit and make it sweeter (tasted pretty bland, maybe I’ll swap out the sugar and put some molasses in next time around).

Better than that, it smelled up the whole house for hours. It felt spicy, cozy, warm. It felt good to be home for the first time in over a week, even with a mess surrounding me.

But it also gave me the feeling I can get a lot more done this coming weekend. For one thing, “what am I gonna eat?” is a question I can take off the table a few days. For another, even with the chill that’s going to stick around the next few days, I’ve got plenty of warm blankets and good music to play while enjoying the dogs’ company.

And if that gets boring, let’s just say I’ve been oddly surprised by two of my parakeets getting it on while I’m a few feet away, setting up my first coffee of the morning. They’re definitely not shy about it anymore, and the first few times it happened I figured I was half-asleep and not seeing a live parakeet sex show going on in my kitchen… but they were.

Seriously, oodles of vids of pet ‘keets and cockatiels going at it on YouTube. I turned one on to see if that’s what they were doing and just hearing the vid apparently made them go at it again.

I figured at least somebody’s been happy around here lately. I’ll keep working on that happiness on my end, but a house full of pets, coffee smells, and chili will help while I make this place clean and re-start my garden.

2 thoughts on “I had an actual intelligent moment on this craptastic week: I made chili.”