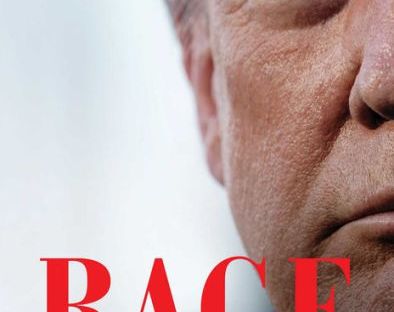 Well, if you read Fear, then you can assume this is the continuation (and book-end) to what was brought up in that book. And you’d have a good reason to believe that, wrapping up just a few months before the 2020 Election.

Rage is a very apropos title, namely because my own personal rage kept on increasing as events unfolded in the book. Everything from early warnings about COVID (and some mistakes by others other than Trump, contradictory precautions and the like), to the George Floyd murder, and all kinds of other things. It’s not quite as in depth as Fear was because he doesn’t have to introduce as many players this time around. We saw the ones working to save the country more than the presidency, and they were eventually pushed out. Now we have the results of a president surrounded by enablers and yes-men, someone who was scared enough to listen to experts for a bit, then got bored and went back to blaming.

I know Woodward caught some flak because of the info about the virus that he could’ve spilled the beans on sooner. He knew if he did any leakage earlier, it meant he couldn’t get more of the story because eventually Dump would’ve cut off his access or tried to sue him or something. But he’s also a deep-diver of an investigative journalist–the story has to unfold rather than be exploded. Besides, we would’ve likely had one to three well-written and shocking articles in the Washington Post, and then the country would’ve forgotten about it because of a certain someone’s Twitter habits. It had to have been a tough choice for Woodward to keep going and not blow the whistle early, but I think he made the right one though the infection rate has only climbed.

The info Woodward got in those 17 interviews for this book take a bit of absorbing, because most of it is about the virus and we’re still living this crap today. It’s not like the Russia investigation that’s over and done (for the most part, I’m sure there’s still some stuff on the back burner). We’re still living it, and there’s a lot about what happened when and with what countries.

But then you get Trump’s response to it all, or lack thereof. The veneer of confidence in his words begins to slide, and it gets harder and harder for Woodward to get the president to commit to answering the question. I cringed hard in the interview bits about institutional racism and our history, because you could practically see Trump floundering and definitely avoiding the questions as best he could, buying time.

If you’ve read Fear and shook your head at the rise (in spite of, or despite everything Trump was doing), then this book will show the slow and steady decline of a man who insist he’s the best in the room, and yet throws blame with reckless abandon. There are some moments with the virus response where you can see some folks other than the doctors are working on getting things done, but either it’s too little too late, or China’s been holding things up, or Trump’s incessant tweeting has thrown other people’s efforts under the bus for the umpteenth time.

Rage is what you’d probably expect regarding Trump and the responses to the virus. It’s a bit to absorb, and lacks some of the surprise that Fear had, but that’s to be expected in a “part 2.”

Honestly, with all that was covered in this part of the Trump story as told by Woodward, I think Woodward is breathing a sigh of relief that there won’t have to be a third.

One thought on “Rage, by Bob Woodward”