I feel like an asshole for admitting it, but with cases surging and gathering sizes being limited–again–I don’t have to concern myself with making up reasons to avoid going to other people’s homes for Thanksgiving.

I’m not so in awe of turkey that I only eat it on certain days and I’m about to make some pumpkin pie for myself this weekend. If there’s too much boredom that day, I’ll just pack the dogs in the car with me and go to the beach and run around in the sand with them a while. Haven’t done that with both of them yet, but it might be worth considering… or we’ll just drive around for the hell of it and see the sights (and they can smell the smells).

It’s me and the pets this year. Maybe a few texts from family members, but I’m not eager to go out and about and be around other folks, especially since said family is likely comprised of pandemic deniers. And those are the last folks I’d want to be around.

I ordered some Swiss Colony gift boxes online that I’ll be pleasantly snacking on most of December, including a few small hams that were part of the gift set which I can store and cook a little at a time. My dad used to order from the Swiss Colony catalog almost every year, and we’d spend much of a month eating the sausage, cheese, spreadables, and the little jars of jelly or marmalade.

I had to hold back from ordering a bunch of those expensive and crazy good petit fours. Somehow I beat my sweet tooth into submission. 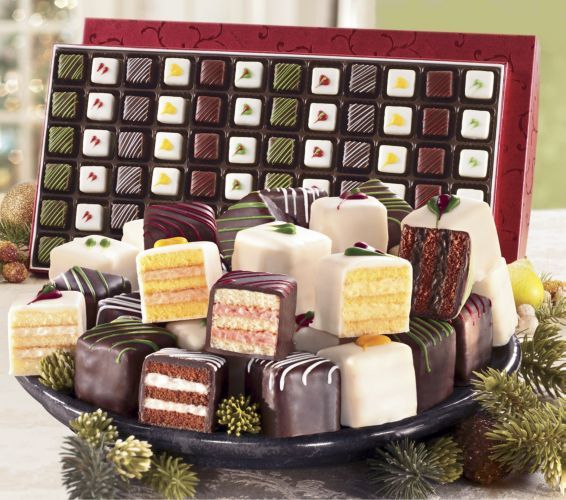 So that’s much of December coming up, and maybe a few of those items I’ll give away as gifts, but that’s it.

I really don’t want to be around people this Thanksgiving, largely because of the pandemic and my paranoia, but it’s also the principle of the thing. I have written about previous holidays before dad died and after, and I just don’t care for meeting up with other folks. If it was a block party, something all inclusive, then it wouldn’t be so bad and I’d make an effort to go.

I think crowds get to me more and more. I’ve just never felt really comfortable in them for long periods. But I’d certainly try to make an appearance.

When a family or friend invites me over… it just feels too strange. And deep down I don’t like it much. Again, I feel like an asshole for saying it and wanting to come up with excuses every time, but I hate the feeling. And I really hate when some folks almost passive-aggressively insist, “Isn’t it awful to be alone on Thanksgiving (or Christmas)?”

They don’t seem to notice that I’m already alone the other 360+ days of the year, so what’s a couple more?

Thankfully, those folks and the ones who actually invite me are NOT the same people. I’d have a hard time being friends otherwise.

I’m used to being alone, and being around a huge other family’s gathering just feels very awkward. It feels like a nice gesture and a mortifying imposition on their event all at the same time. I’ve never been able to get over that dichotomy.

If it’s one nuclear family, then not a problem. But being the odd one in the middle of what’s practically a family reunion? That I just can’t handle, and I hate disappointing people so I’d probably show up anyway and the running track in my mind would always be, “be nice, helpful if you can, smile, and try to remember people’s names for once.”

Admittedly, I have trouble being sociable anyway. I could see myself (in another year) going to a “Friendsgiving” if I knew a bunch of other folks without families around and we had a potluck picnic in the park or one of our houses. It would take a lot of psyching myself up for it, but I’d give it a shot because it’s a friendly gathering.

COVID will make most of my excuses for me. I’d just rather hope for good weather and get some crap done or go for a nice drive… maybe. I’ve almost forgotten the Thanksgiving Day sales and crap that go on earlier and earlier every year… though I’m a bit shocked that “Black Friday” sales are starting up so much quicker.

To me, it’s just another day in my life. I don’t necessarily like being alone, but I’m used to it. And in the case of holiday gatherings, if given the choice between spending the day alone or being the odd one out at another family’s function… I’d rather spend the day alone.

Because it’s far more annoying to be alone in a crowded room, trying not to make a fool of yourself around mostly strangers while not hogging the attention of the few people you do know.

And this way I won’t be pressured to try 20 different items and eat until I burst. I am still trying to get away from the Clean Plate Club crap I grew up with, and if I see uneaten food, I think about the waste if someone doesn’t eat it, and will eat to excess. I’m actively trying to avoid that, and not going to others’ houses during this time will be a big help.

If the weather holds up and is as nice as it’s been the past few days, I’d rather be outside enjoying it with the dogs instead of trying to waddle back home to the couch for my food coma. I’m going for a more active year this time around.

5 thoughts on “One positive result of the COVID-19 pandemic: I don’t have to invent new excuses to duck out of Thanksgiving invites this year…”