This was something I’d been itching to do. I believe it’s the third day now, and if that’s the case, then it should be easier to keep this habit going from here on out… long as I’m consistent on my new schedule.

I’m doing myself some favors in this exercise plan by not going overboard and over planning everything. That’s always my trouble, trying to get all the ducks in a row before they’ve even come out of the eggs (so to speak).

I took the time to look up and learn the program that comes with my elliptical machine (I have an iFit plan, and like it a lot), and browsed some of the features. I had a hard time figuring out which courses I should do, and how difficult they really were. They’re not organized by the type of machine, so it was a bit of trial and error.

But then I found the Challenges section. Browse some goals you want to try for and there’s a list of courses you can schedule to do. I found that the other day and started right away on a “one mile a day” course for a month. That’s incredibly reasonable to me, even as out of shape as I’ve been. Hell, I part walk, run, jog, stumble over all the crap gravel around here trying to chase down my heeler when she’s not paying attention and either runs to say hi to a neighbor or chases a few squirrels a bit too far.

But I almost overdid it. And today I was debating whether or not I really did. There was another one, a “beginner elliptical” program, like a “okay, you’ve got this machine, here’s a few short courses to help you get used to it.”

So, I signed up for that one, too. And I’m determined to do these goals. 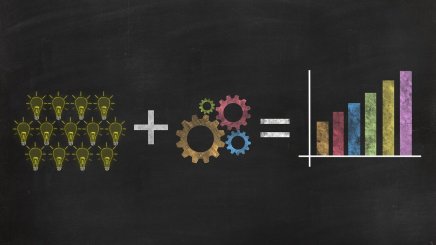 Now, I’m still trying to find out the time that works best for me exercising. I believe it’ll be early morning before I take the dogs out (especially in winter because the sun comes up so much later), but until the school schedule and my neighbor’s “watch the kid” schedule is more clear, we’re up in the air. I chose to do a mile in the morning and then a “getting started” course (varies between about 3/4 mile to a mile and a half from what I’ve seen so far) in the afternoon or evening.

I was getting excited to work out again, especially after finding the squiggly pin that’s supposed to grab the weight plates on the weight machine. It was in one of my exercise equipment totes with some other stuff, and boy was that a relief.

But this morning, and much of last night, I had a lousy headache. I still have a semblance of one right now, even as I type this, but it’s diminished.

Of course, this has happened before. By the time day 3 of my new exercise routine comes around, there’s a bad headache, or stomach ache, or I’m far too sore, something that stops me from continuing for a few days and before you know it I’ve fallen completely off the wagon.

I was determined not to let the headache ruin that plan today. I took it easy most of the day (was actually gonna do some pie baking and cleaning, but relaxed and played dumb video games as the weather couldn’t make up it’s mind to threaten rain or go ahead and shine). But that headache was there, and even when I went in for the evening, I made sure to drink a bunch of water and carry some in with me. I don’t do the Gatorade thing too often (and usually dilute it to lessen the sugar), but since I’m actually sweating more than I thought, a little each day for a while can’t hurt.

Told you I was out of shape. Less than a mile with a fan in my face on an elliptical machine and my skin’s crying. That used to not happen. I’d have to be pushing myself really hard to feel anything beyond a bit warm and a heavy beating heart.

So, there I was around 7 this evening, getting on a rather tricky 3/4 mile program (didn’t notice the elevation and resistance changes before I started). I’ve been a wuss and had a hard time with the steep incline and heavy resistance elements mostly because I’m a klutz and was afraid going too steep I might slip and bang my knee or twist my ankle or something. But it’s a well-made machine and I just told myself to slow down if it was getting to be too much.

And man, I’m glad it was just 3/4 of a mile. There was a full three minutes of it going up and keeping steady at that incline rate with short ups and downs. My calves were burning and my head was pounding along with my heart. I was slowing but pushing down hard on the pedals to keep that momentum up. I knew if I slowed too much or stopped a moment that I’d get off early. I had to keep telling myself “not giving up, not giving up, not gonna freaking give up right now dammit!” Eventually, the cool-down came just when I was getting to the end of my ability.

I felt good when I got to that point. Took a longer cooldown period than usual and came inside. Calves were burning in a good way and I know I’ll be good tomorrow. But that headache was still there. It was apparent and it hit me all at once when I was in the shower.

I had nothing but coffee and pumpkin pie (not the best breakfast, I know), an apple and a salad all day. No meat. No extra iron all day.

I’d forgotten to take iron supplements today and that first mile workout this morning kinda exacerbated what I was feeling, even when I’d been in full relaxed mode. I ate generally well, but no meat til I heated up some lasagna. I felt better after that and that’s what clued me in.

So, I forgot that having low-iron levels and trying to exercise is probably gonna have some complications to it… especially if you forget to take your iron supplements like I tend to do (facepalm). I ended up taking some with orange juice after that second workout and it’s slowly absorbing, but may be working a bit.

That’s one thing I forgot to look up: how to exercise and not overdo it when you have anemia. The oxygen wasn’t getting to the blood as well because of the lack of iron, and I was still tired and sluggish. And I needed more water before starting and after finishing each day.

What really hit me when I made that realization is that this may be a clue that I’ve had anemia a lot longer than I thought. Every time I’d tried to get into doing exercise and making good habits, I would just tire far too easily, or be worn out, cramping, headachy, dizzy… something. And that would stop me from continuing.

So, a good habit beginning (and that salad I had earlier is part of it), leading to more questions. I know what I’ll be working on tomorrow. I’m too tired to stay up tonight for probably obvious reasons. Wish that had hit me sooner, but maybe I wouldn’t have gotten this far, either.

Looking forward to tomorrow (headache free) and a new day of possibilities. Hugs and be well, all.