Strange how I just realized the date’s tomorrow. 19 years ago.

I remember telling some folks back when Dump was running for office that I’m far more afraid of my neighbors than any foreign terrorist.

That goes double these days.

Not my immediate neighbors, perhaps, but the area in general. I live deep in Dump country, and even with all that’s been going on the past month, when I drive the out-county main roads to get to town, I’m seeing more Trump 2020 flags than ever before.

By the way, have you guys noticed how the little staked yard-signs often say “Trump/Pence”–which I’ve started referring to as “Dump/Piss”–but the flags ONLY say Dump’s name? Well, guess that tells you what Pence means to the message… Hmm…

from DailyKos.com. At least China’s seamstresses are getting a helluva lot of work thanks to this awful campaign…

Or a Dump flag, the “thin blue line” flag, and the stars and bars flag.

Or a Dump flag and a half-Texas, half-stars and bars flag (WTF?!) 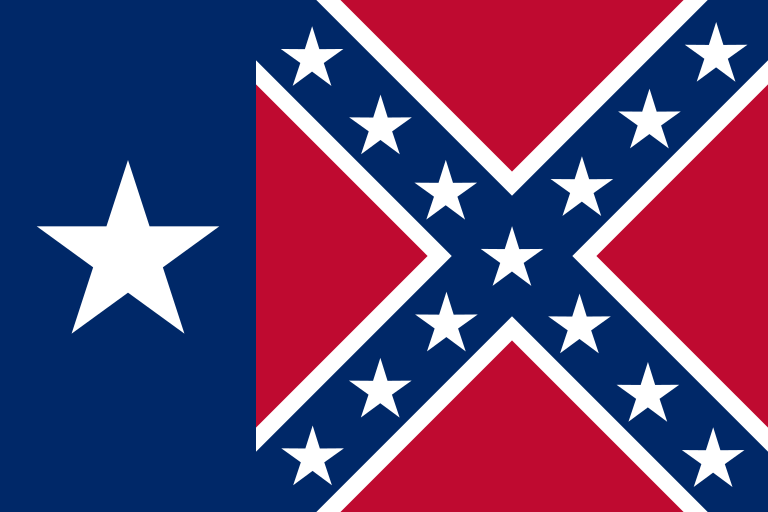 I had to do a double-take when I first saw that one. Pisses me off.

So, Dump flags and signs everywhere. I was seeing the signs and flags up at least a year ago in some random spots, in front of businesses or at the foot of billboards on private land.

And now with Dump’s recent remarks about having his supporters watch the polls and make sure nothing’s going on, it feels like a damned obvious intimidation tactic.

I’ve wrestled with the idea of making my own Biden/Harris yard sign. I figured maybe get some of the many sheets of poster board I have and paint one front and back that says “Biden/Harris 2020: Make America Humane Again” (or Sane Again, fielder’s choice).

That’s what makes me the most afraid for my country these days, the attitude that’s tearing us to pieces. We’re not humane to each other anymore, and 2020 has felt like a freaking decade with all the hoopla and insanity. Just when you think we’ve lowered the bar of standards enough, we’ve done crashed through the floor into the basement, and it’s still going down.

I really thought hard about a yard sign, except I’ve got a Free Little Library I’m about to set up in my yard, and I wanted to keep it apolitical. Granted, I’m off the main drag and as far as I know, nobody down my own street (roughly 3/5 of a mile long) has any political yard signs. If I lived out on the main drag, I’d definitely want to make the gesture. Where my yard is, it probably wouldn’t get enough notice to make it worth the effort… but if I did, I know there’s enough Dump supporters around that it’d probably get stolen, run over, or otherwise vandalized.

And that might lead to the Free Little Library getting the same treatment, and those things aren’t cheap when you don’t have the tools to make them yourself! Hell, it took me weeks after I bought that little Joe 2020 sticker (before he’d picked Harris, hence just Joe) before I sucked it up and put the sticker on my car window.

These words from Dump just scream intimidation tactics, and even after everything he’s said, the number of flags and signs have only increased. Dump’s supporters are not doubling-down on their bet anymore, they’re quadrupling-down by now!

Granted, I’m mostly rural to small town out here east of Houston, but I know I’m not the only non-Dumper around here. I can’t be!

I’m not paying a damned bit of attention to polls, because the number of Dump flags and stars and bars are too many to count as it is just in my neck of the woods. Who knows how many more are out there, waving along in the front yards or backs of pickup trucks, or whatever? If there is support for Biden, it’s on the quiet. Dump is a product, and I can only hope like hell WHEN (fingers, toes, everything crossed) Dump loses, those damned flags go away. If they remain (like all those “impeach Obama” signs I was STILL seeing years after he left office)… then that’s really gonna scare me.

Make Americans Fucking Care, At Least Once In Their Fucking Lives and VOTE!!!

Amazingly, though, I’m so thoroughly disgusted with the inhumanity that I might’ve just found a hill I’m willing to die on. I’m sick of this shit. I’m sick of the loudmouth intimidation and fear.

I am more in fear for my country, it’s principles, it’s ideals, and even it’s people, far more than I ever was when those planes barreled through those Towers and started 19 years of panic attacks and increasing fear-mongering.

Where do we go from here, because I’m lost. And I’m gonna have to find a way to hold my own in the future. I can feel it.