I knew today was just gonna be weird. Started out crazy and never seemed to stop. My computer abruptly (after a storm) stopped connecting to my TV and that led to me finally updating both my computers. My office is a wreck so I’ve been using the computer in the living room exclusively. Plus, my old office one was still on Windows 7 and I ended up upgrading it today while trying to fix the other one.

Yeah, still working on it, and figured that maybe I should just bite the bullet and go ahead and upgrade that one, too. Sheesh.

Well, a major downpour kept me falling back asleep and I didn’t get up til about 10 am. Very surprised by that, and the poor dogs wanted to go outside. I waited til the rain lessened quite a bit and then we ran out there. We went out again when it was hot (and much drier) around 3-ish when I got an odd phone message.

I’d been wondering about how I was gonna deal with the virus situation and staying at home once my work hours completed, and what all I’d do with myself once I got past my two weeks of laziness of sorts. Well, that phone call answered some of that.

My neighbor wanted to know if I could watch her kid, the same one I used to watch when things were normal during the school year, a few mornings a week. I had to fanangle some shift changes, but it worked out alright. It turns out there’s a divorce going on, so I figured I’d help out. And I’m one of the few folks who can get him doing his schoolwork and help him with it when it comes down to it. And I have a file cabinet full of school activities I can put on him (hee hee). 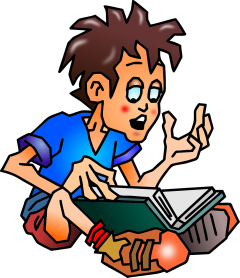 But then she called back an hour later and asked another favor, which kinda rocked my world. Apparently, the biggest reason she wanted him to come by on days when she was at work was partially to let him hang with his dad and stuff, but also to help ease the tension that was developing between him and his cousin. Let’s just say two boys close in age and going through puberty are just too much in one little house. Too many fights have broken out over the weekend and the mom and her sister are at wits end. I figured he’d be lashing out, and he misses his friend down the street. That uprooting from his play routine’s probably a part of it, I’m sure.

Perhaps it’s because I know I have the room and have made my house to where people can stay over (at least before the mess took over), but I jumped to it and said she and her kids could stay. After all, if she asked while knowing about my noisy and nosy pets, it must not bother her too much.

And it’ll be funny when the cranky parrot suddenly starts preening and flirting with her daughter. He’ll be a happy camper, I think.

So, all of a sudden, within a week I have a new refrigerator coming, and just in time, too, because I’ll have three other people in the house, one of which is quite the accomplished cook.

Plenty of room for food for four people, that’s for sure.

Now, I just have to buckle down and clean.

I suggested that maybe next Monday or Tuesday they could come by to give me time to clean, but I might just have it cleaned up enough that they could get in by the weekend. I’d be good with that, that’s for sure. And that would help a bunch. Kiddo’s gonna come by Thursday anyway, for the morning. Maybe I can rope him into helping me with a few things. Knowing he won’t be dealing with his cousin much might help him ease up a bit.

I’m kinda used to his moods. He’s one of those kids that has an “I don’t care” attitude, like most boys about his age. But when he gets picked on, he’ll lash out and fight. I lost count the number of times he was kicked off the bus over the years. So maybe being in familiar territory, with dogs that love him… that might help him loosen up, especially if his dad’s right next door to talk to some nights.

I remember going through divorce. I don’t know enough to know what’s going on with this family or how bad it is, but my parents were world-class craptastic when it came to influence and manipulation, and I was too young to get what was going on. These kids are far older than I was when my parents split, and may know far more about what’s bothering them so they won’t be stuck bottling it up.

Either way, I’ll have my gym built and machines ready to go by next month if these guys get bored and wanna help (or need a kick bag). I’ve got art supplies and whatnot, a big enough kitchen for the chef-to-be, a music room for fun, and a big enough library to help out with homework or studying.

Yeah, not gonna be too dull, at least for the first few weeks.

I have to admit, this is gonna be interesting. I’m well aware the novelty may wear off and I’ll have to constantly remind myself to keep my own mess to myself (that’s been tricky lately), but as long as they clean up their messes too and no food in the bedrooms, it shouldn’t be so bad.

And I know cleaning will be a big part of the routine, anyway. The mom’s big on that, and she works at a hospital, so she’s all about keeping it clean and containing messes. It’s her job during the day, so from what I’ve heard, even around here techs and nurses have the decontamination thing down. One less concern with the COVID-19 thing going on.

The funny thing about all this is my art/guest room just needs a few tweaks to be ready. The boy can sleep on the floor in my music room, probably (which my retriever-mix will like because he’s claimed that as his bedroom at night, not sure why). A few air mattresses or a futon or two can’t hurt for the kiddos, and then they can it with ’em when they go. I’ve got some furniture in there already that they can use, and plenty of sheets and pillows.

Well, I’d better get my dinner (slept so late I just couldn’t get hungry) and see if that other computer’s fixed while I work on my to-do list. I just gotta remember that most of the stuff that I’ll have to do pre-refrigerator-moving-in is stuff that can wait til the weekend, anyway. Four pair of hands will be far better than one for that job (hee hee).

I sure hope not. At this rate, I’ll never weed-eat again.

One thought on “One way to ensure house cleaning gets done fast: sudden roommates.”