Yeah, after dwelling on weirdness that happened today (but I was too headachy to think about it much), this idea popped into my mind. Anybody I work with would call me a generally positive person, though I may let out a little steam when there’s something frustrating going on. That’s for one-on-one discussions whenever possible, though.

No, I figured out what makes me suddenly dwell on the negative, the worst-case-scenario when I should at least be calm, or going through the motions, or whatever.

Uncertainty makes me automatically go from “silver lining” to “the end of the world.” Somehow, I’ve never shaken this weirdness.

It’s been a crazy week at work, and all over the country. I know I tried to help a few people out, and had some slip-ups and minor things happen (which, being me, I dwelt on WAY too damned long). But today I got a note asking me to come in half an hour early a few days from now. I asked “why?” and it was for a discussion, apparently. Or a “talk”, I don’t quite remember.

I figured that they’d be busy and needed somebody in the front desk at that gap period between shifts, or there was some weirdness I knew more about than most. I dunno.

And as soon as she left, I started thinking about all the crap that didn’t quite go right this past week and what might’ve happened to lead to coming in half an hour early in a few days. I didn’t get so far as to go “I’m gonna get fired” or something… at first. But I did wonder what might’ve happened, or maybe I had a complaint from a customer, or from a student who was there, or something else was going on. 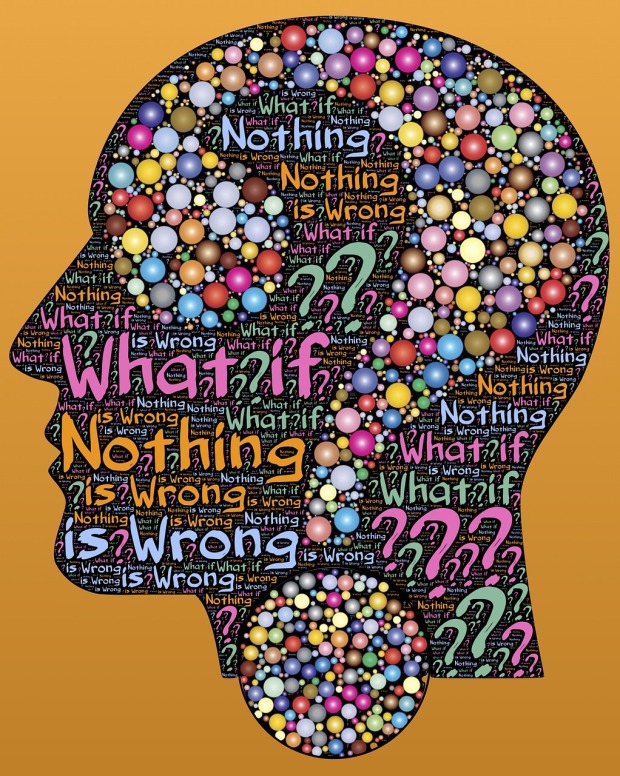 I had to get a student on track as I passed by because he tends to stall and not get stuff done when he wants to talk–maybe I was too harsh with him? Maybe I was too loud and disruptive despite my best efforts?

Maybe when we’re busy my phone etiquette was totally off because I sounded harassed? I’ve tried to avoid that, but when I’m trying to help someone right in front of me by answering a question and I have to drop everything to pick up the phone, it does leave me exasperated. I try not to let it show, but I’m guessing it does sometimes.

Maybe I’d been talking too loudly to customers and disturbing others? Maybe some of THEIR conversations were flat-out inappropriate and I couldn’t try to steer them out of it any sooner while I tried to get their files in order and send them on their way?

Maybe I’m too friendly with some customers, too into making them laugh while giving the best, friendliest impression so they leave a good review (I hate Google reviews, and I hate when bosses push us to ask people to leave good reviews, so I try to get around it by saying as little as possible while giving them an instruction sheet). Maybe it’s that I’m not getting many reviews and the owner’s gonna ream me out?

Maybe I complained a little too loudly when everyone else was about some recent changes and someone higher up objected to it?

Maybe they’re looking at my file and wondering if I’m gonna keep my teacher certification up to date, and if I don’t, I’ll have to take a demotion (too damned much money to keep it up, unfortunately, and I lost the spreadsheet that told how many hours I had done for this next certification period)?

Maybe I’m gonna get reamed out by my barely there dress code? Maybe they’ll ask if I’m okay because I’m wearing head scarves to work all the time to cover up my short hair? Maybe there was a complaint that my waterproof shoes I wore today were too colorful and definitely not up to dress code?

My headache only increased as I tried to fend off the worst thoughts. Uncertainty always kicks my butt, especially when my mind is too busy supplying a thousand possibilities in rapid succession.

It took a lot out of me not to yell at my brain to shut up and just get through the day, that I’ll find out eventually and just need to do the best job I can in the meantime.

And then I had to force myself to think of positive possibilities (or at least, more positive ones), like maybe I was getting a pay raise?

Like maybe I’d be the first one asked to work every shift if Covid-19 forced another shutdown (I hope it won’t, but I damn sure would rather work than deal with unemployment paperwork if I have the chance).

Maybe it’s a heads up on a training opportunity.

Maybe they’re needing to ask me about a few procedures to train newbies, since I’ve been there the longest of most of the staff.

Maybe I’ve been requested at another location to help them out when possible for extra hours.

Maybe they’re reimbursing me for all the gloves I’ve bought for everyone the past few months, and the coffee and coffee supplies.

It doesn’t do any good to dwell on it, but deep down, this is like that little possible gaff I made on Friday afternoon when I’d barely gotten in to work. A difficult client situation and I wasn’t even on the clock yet. I’d gone in for some quiet coffee and to read a book before starting, but nope. I was so worried I’d screwed up the forms somewhere before it was electronically sent off, but I couldn’t retrieve it and look. So, that kept me up most of the weekend, wondering if this was the mistake that would lead to me getting yelled at in front of everyone or fired.

I dunno why I always assume if I do something wrong that’s not life-threatening, theft, or anything else, that it means I’ll be fired. I just don’t get it. I just immediately leap to that possibility.

I guess we know what my greatest fear is: being out of the job. And uncertainty leads my usually outward appearance of friendliness and a good mood to devolve into apprehension, being flustered or generally overcompensating for my inner turmoil.

I’m gonna have to learn to get past uncertainty on the job and elsewhere. I just haven’t figured out a good way to do it. At least I’ve gotten a bit better at recognizing when I’ve gone the morbid route in my mind. It’s just not letting it get too far down the road that’s crazy.

Perhaps that’s why even though I want changes in my life and all around me, it’s too damned hard most of the time. I have an over-analyzing tendency that becomes a pretty big speed bump if I’m not careful.

Well, hoping that I can just get over it and sleep tonight. I’m gonna work on some more positivity and relaxation exercises I tried to start earlier and focus on them. Gonna be hard to read more MLK Jr. if I’m too busy worried about something I can’t help for three more days, anyway.

I’m tired of my brain being a swirling mess…

One thought on “How an outwardly positive person can be infested with negative thoughts.”