I wasn’t supposed to work today, but a co-worker got hurt and couldn’t walk, so I took her shift. And then, because things never stop changing in this CV crazy-world we live in right now, I got to give my input in a conference call with the owner that I didn’t expect to.

We have a lot of different jobs where I’m at, and one of the big ones that helps the government (but makes us no money, apparently) is doing background checks for people for law enforcement, employment, and a bunch of other things. Well, when I was asked (I think he was trying to let us shut down for the foreseeable future and knew I’d probably be the only one able to work that section), I told him that I could certainly use the hours and wouldn’t wanna make people wait who knows how long for this to blow over. Besides, they could shut us down anyway, and it’d help the public that needs us in those few minutes to get services. 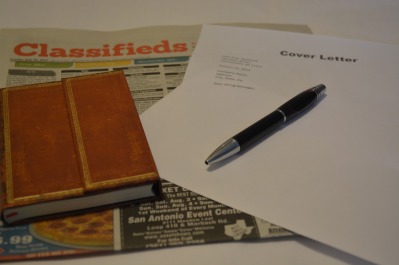 For all we know, this CV business will stretch into the summer. I don’t wanna be shut down all through the summer, getting a few hours here and there doing virtual work. So, he listened and before I knew it, I was getting every weekday morning for work.

So, yay–a personal financial crisis averted (for now, because they could still shut us down if things get worse in Harris County and they decide to go beyond keeping only “essential workplaces” open). The calls went back and forth on what we have to do to stay open and the papers I have to keep with me for my job in case any cops ask where I’m off to when I should be in shutdown mode like everybody else.

Of course, he wants to offer me an out, too, in case I’m sick of it and don’t wanna do it anymore. It’s going to be weird because I’ll be the only one there, but I’d feel better knowing we weren’t leaving the whole area closed off, just because of the possibilities of theft and all. After all, traffic coming and going might deter some people who’d otherwise try to break into all our offices and capitalize on the shutdown.

That was one of my thoughts (but I didn’t tell them that). The big one for me is the amount of people who’ve been laid off recently. I know well over half of the people I do the background check process with are going for employment (license to carry is the other big part). Thanks to layoffs, some people are trying to line up jobs for when the startup happens and I wanna help them get on their feet a little quicker.

We might not have many people come in, too scared or too out of the way to make it, or their appointments were cancelled and they think we’re closed. But I wanna give it a try, because it’s worrisome the many temp workers I’ve bumped into. Heck, three of my neighbors are out of work right now, and more are about to get the axe because of Harris County’s decision to shut it all down for at least a week.

I’m just hoping I’m not doing something stupid for a paycheck. It doesn’t hurt to know I’m curbing my boredom big time by having a morning routine again, and I’ll be getting up nice and early, exercising, and eating much healthier than before. That part I’m looking forward to as well. But it’s really helping people out who need it. The fact that I’m gonna have a pretty steady workload for a bit helps, but it’s more that we’re here to help others as a service, and maybe they’ll come back to us when things get better because we were there for them.

It’s part business sense to me, but more, I just hate the thought of people having to wait so damned long if we shut down (and everybody else in this type of business) and then the surge of people who need background checks for new jobs.

I’m sure some people might think I’m stupid for keeping on working and being with the public, even if I’m gloved up and we’re maintaining distance as much as possible. But life’s gonna move on somehow, and if I were to feel sick, I’d tell them first thing so they could shut it down. They gave me that out, and I’ll make sure to take it if I start feeling ill.

I hope I never do. I hope nobody I’m around does. But it is a possibility. I’m not rolling my eyes and calling people pussies for being cautious, because I am too. I just think this is important right now as well, and something I can do. If things get worse, I’ll certainly stop and open up my schedule to more work-at-home opportunities.

I just need a chance to hope for the best and help others in my own way. I’ve never felt like I was really good at much, but making things easier for other people in one way or another seems to be the only thing I’ve been at least consistent about.

Hoping all goes well for everyone, that jobs are awaiting those who have none (or have been cut back), and that we get some major breakthroughs (good ones) in the days ahead.

I’ve gotta get my dinner, do some cleaning and go to bed. Early day tomorrow.

Worst comes to the worst, I’ll have just a handful of people showing up and when I can’t clean anything else, I’ll just work on needlepointing again or read a good book. I’d been thinking about making tissue box covers again for some reason–might get a bunch done (hee hee).

3 thoughts on “Dodged a bullet today, though I can’t help wondering if I’m jumping in front of another…”