I didn’t quite start it like the rooster–my annoying alarm clock was sufficient–but I spent the last few minutes before sleep on a coordinated attack on all the crap I’ve wanted to do in my yard for months.

Since I ended up with an unexpected day off and perfect weather, why the hell wouldn’t I take advantage?

I started on a whim last night, getting some more ivy and small bright flowers for my hanging baskets on my deck. I let the dogs run around and do their thing while I got the hand trowel out and swatted away the june bugs. Already, it looks prettier out there. I have a huge plan to get things done while I’m out there today, most of the day. 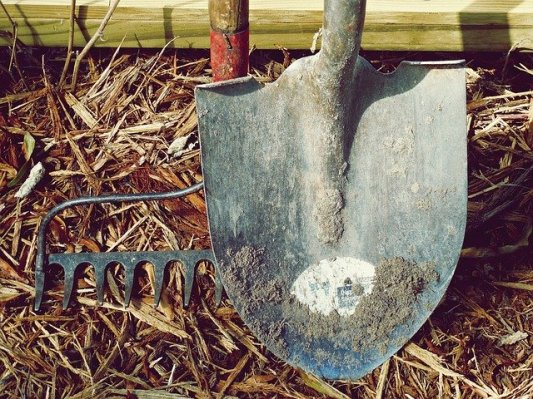 I just hope I have the energy to keep it going, plenty of sunblock and mosquito repellant, and that I can open the windows to let fresh air in while I’m out there… and let the music out.

I left my portable radio at work–dang it.

Still, It’s this weird, amazing, accomplished feeling I’m gonna have even if I only touch a third of the things on that list. I’m so done with wishy-washy days that don’t seem to work out, or last minute call ins.

What’s disappointing, though, is thanks to this coronavirus thing going on, I’m gonna miss a lot of work next week.

Not to say I have it, though I’ve been headachy and yesterday got really nauseous for a little bit (probably the last gasp of that stomach flu that’s been going around). It’s more I was supposed to work off-site, but thanks to all the schools closing for a while down here, I’ve got no place to go for three days (unless somebody at central gets sick and I gotta take over).

Then again, that leaves me three whole days to do kickboxing and oodles of cleaning, too.

I should be focused on my paycheck, but days on end where I can get tons of things done, outside or inside, are just as appealing to me right now. 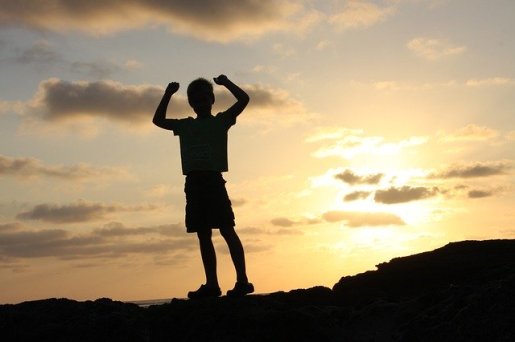 I think that’s the worst thing about the past winter and my depressive dumps–I haven’t felt like I’ve accomplished much of anything, probably because of recurring illnesses and work and anemia, I HAVEN’T. It’s a bummer, and I do feel slightly sluggish right now, but I haven’t taken my supplements yet or had my first cup of coffee. No doubt that is having an impact. But I just got up half an hour ago.

The funny thing is, last night when I went to Home Depot to get some ivy and flowers and such, one of my thoughts was that I really need have something to do if we end up shutting down work for a few weeks like many places are (still not there yet), and being outside gardening or inside cleaning house would be the best way to spend that time.

I sure hope we never get to that point. My budget can’t handle two weeks without work, no way.

But hard yard work does help clear my mind and get me thinking about things, and I need time to think while I work, that’s for sure.

A bit of weirdness (for me) happened on Thursday. I started opening shift and did my thing, greeting people and working reception, bumbling and chipper (mostly because I’d gotten crappy sleep the night before–my body’s way of helping me fake it til I make it). Well, one of the guys I was helping out was impressed with my attitude and gave me his business card and told me to give him a call if I wanted more work.

Well, I took it, but I couldn’t quite tell what kind of work it was, and I had a full waiting room, so I just put the card to the side and kept working. When I wasn’t there in the afternoon, though, he apparently left his phone number with one of my coworkers for me.

She texted the picture to me, but I didn’t see it til yesterday morning. I figured boy, that’s weird. Dunno if he dropped by and wrote it down (since it doesn’t look like her handwriting), or called to leave it for me.

I’m not used to fishing expeditions, and I’m sure it was odd. I’ve only seen people approached at work to go work for someone else in movies, so I’m not sure how common this is.

And I haven’t had a chance to research the company and figure out what exactly it’s all about. If it’s reception work and answering phones, I’m gonna be a bit more hesitant, unless it’s just like my job and I work on a lot of other stuff besides answering phones and calling when people are late.

I hate the phone part, actually, so a job where that’s 50% of my job would be really testing my introverted tendencies, especially day after day. Phones are maybe 20% of my job as it is, because about 50% of my job is more face-to-face. I’m up front guiding people through the process of getting background checks done or answering questions on what agencies to talk to, scheduling appointments for one of the operations in my building, things like that.

I’m not good at the phone, at least, not as good as I feel I could be. I have to psych myself up every time I punch a phone number in. Thankfully, we don’t do cold calls to former clients like we used to. I’d write a script and stick to it (I’d practically pray for voicemail and leave the shortest message I could). One thing that helped was if I got a living human being, I’d tell them who I was and with who and asked if they could spare 30 seconds. Most of the time they’d hear me out, which was good, but I always felt awkward about those calls.

And if they wanted to keep going? Oh, crap. That was a long phone call… and usually meant I’d be getting antsy about staying on too long because inevitably, the other line would start ringing and I couldn’t talk to both at the same time, so yeah, awkward.

Oh well, that hasn’t been a problem the past several months, and I hope it never is again. I think our success rate on those was damned low anyway, so why not do better?

I guess that’s one of the things I can think about over a cup of coffee (or a dozen) and some good old-fashioned yardwork. I’d better open up the windows, air the house out, and get out there to enjoy the overcast day with the dogs. They’re looking over at me every few seconds, wondering if I’m gonna put more than one sock on and stop looking like a dork to take them outside.

Yeah, I think it’s time. My head’s pounding and I could use the caffeine right now.

Yeah, organizing my books when I get tired later sounds good, too, actually.

One thought on “This is the first morning in a long time where I’m excited to get up & start my day… weird.”