At least, it sure seems that way in the media, but the more I read, the more it’s about 50/50 in negative and positive coverage and reactions.

This is something I can’t understand, because you have to feed the baby when it’s hungry, and breastfeeding is one way to do it. In the evolutionary sense, this is how mothers of our species feed their young. That is the way it goes.

When I’ve seen breast feeding, it’s generally discreet and with a towel loosely covering the area so as not to expose the mom. I haven’t seen a full-on boob out, which might make people be taken aback and feel a bit awkward. But when a mother is trying to feed her child, why the hell would anyone go up to them and call them sick or disgusting for feeding their kid in public and exposing their boobs like that.

It’s REALLY something when you read about women shaming other women for it. I mean, solidarity, anyone? You’d think a female would understand the need to use their bodies to feed their offspring, male preferences or opinions be damned.

Of course, there’s a good article regarding the history of breastfeeding in America (a crash course) and when breastfeeding suddenly went out of fashion. True, changing times and circumstances of women played a part, but it’s still natural.

Then again, we live in a society where the breasts are seen as sexual and not as feeding apparatus. I’m sure it makes some men squeamish to see one of their favorite female sexual characteristics relegated to feeding a baby instead of being there for the man’s appreciation. I wonder if for those types of men, it forces them to think about women as people, as mothers and caregivers rather than sex objects, and that’s gotta be damned strange.

Maybe this is some leftover bitterness coming out. I’ll concede that possibility.

I do find it hypocritical when a woman can wear a shirt that has a half-mile of cleavage showing and men will go right over and flirt and leer without a problem, but a woman breastfeeding in public (and covered) is disgusting. I know a few people made videos about the phenomenon, like small social experiments. Some of them are rather problematic in their presentation, and I’d love to see a real, well-funded social and science experiment (with video) showing how people behave and react around breastfeeding women versus those who like to show their cleavage, and then rationalize why the breastfeeding is obscene to the researcher.

We’re schizophrenic in our attitudes about sexuality, and it’s no wonder that these conflicts impact how Americans see things like breastfeeding. Two hundred years ago, women were giving birth right and left, and had to cook, clean, raise the other kids, help their churches or other families out, etc… and that meant walking around with a baby’s lips attached to a breast while they shopped or visited others. Breastfeeding was a full-time job.

That makes me think of something else: considering how often people get annoyed by crying babies, you’d think a mother getting ready to feed to quiet them down would be a good thing to our annoyed ears, wouldn’t you?

On the other hand, I think this is part of another thing a lot of people don’t want to admit: maybe moms with babies shouldn’t be out in public. They’re just supposed to stay home and raise the kid and not leave the house, right? I mean, then you wouldn’t have to worry about seeing breastfeeding, or hearing a crying baby, right?

Because seeing a woman as a mother with a young child spoils the image of young women as sexual beings. Deflates the fantasy a bit.

It reminds me of churches I went to (or had friends go to) that heavily-espoused purity culture, and praised young women who remained pure until marriage. They put all this pressure on these young women to not be temptresses, to stay pure and become good wives and eventually mothers.

But once the woman married or had a kid, nobody cared about her anymore. They stopped putting her up on a pedestal as a virtuous woman, even if ever-so-faithful to her husband. She wasn’t “shiny and new”, an anticipating-bride with a girlish flush on her cheeks. She wasn’t fair game for any lucky young man anymore, so the praise stopped.

I’ve lost count the number of other articles and stories I’ve read on line about that. And it irritates me.

Obviously I need to take my cold meds and go to sleep, because this question has gone all over the map. Still, why do you think many Americans are squeamish about breast-feeding moms in public, or anything related to that? Were you ever squeamish about it and figured out why?

What are you thinking, because I’m quite puzzled by this. 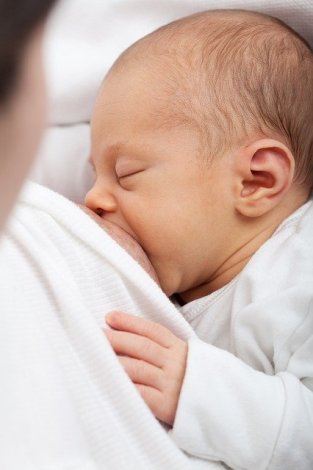 Seriously, what’s so “disgusting” or “inappropriate” about this action? I don’t get it…

5 thoughts on “Q#120–Why are a lot of Americans squeamish about moms breast-feeding babies in public?”