I was only a toddler, just under 2 & 1/2, when Challenger exploded. I only remember the event because of the things I saw while the footage played on an endless stream throughout the day.

Naturally, being so young, I didn’t know what space shuttles were, or explosions, or death. I just know that distinctive pattern of flame and smoke from the hundreds of times I’d seen it since. I remember it because of the people around me and how they reacted.

I was with my mother and my aunt Dee. I don’t recall where we were and thought it was my aunt’s apartment or house or something. I remember us returning from some errands mid-morning and the two of them talking a bit. We came back early so my aunt could watch her soap operas while mom got some work done. The TV was turned on and the local news coverage showed the explosion.

One thing to know about my mother is for most of my life, I wondered if she knew what a couch was for. She’s a workaholic and a half, and never really sat down for any reason, at least, no longer than a quick snippet of the news for a few minutes and then back to work. Even a a toddler, I knew mom never sat down, except to eat at the table, drive, or pee.

That day, mom sat down, and she stayed on the couch next to me for a long, long time.

I remember thinking that was strange, because dad would sit on the couch all the time, but not mom. She was shocked, crying a bit, probably praying a bit, and couldn’t look away.

But she sat there. Then Dee came out of the kitchen and we all watched it together. I still didn’t know what was going on, but the image of that explosion would come back to me in later years. Not traumatizing, just very unique.

I know people I went to college with who would’ve been in elementary school that tragic day. To this day, they can’t look at the footage of the launch or explosion because they’re still traumatized by it.

Memory of my aunt Dee and mom sitting on the couch with me while the explosion was rehashed over and over is how I remember Challenger.

What made that unfinished memory become like solid marble in my mind was Columbia in 2003.

I was talking to mom in the days after space shuttle Columbia broke up, and got to telling her about my memories of Challenger. I was wondering about it and confirmed that it was Aunt Dee who was there with us.

Mom commented on that, and then stopped talking for a few.

I think we connected the dots at the same time.

Dee had been sick a long time, cancer and breathing issues. She finally passed away in Oklahoma in late January 2003. I couldn’t make it to the funeral myself, but mom did. The morning of the funeral, my mom and stepdad were leaving their hotel for the funeral service as Columbia was breaking up in the skies over Oklahoma and Texas. 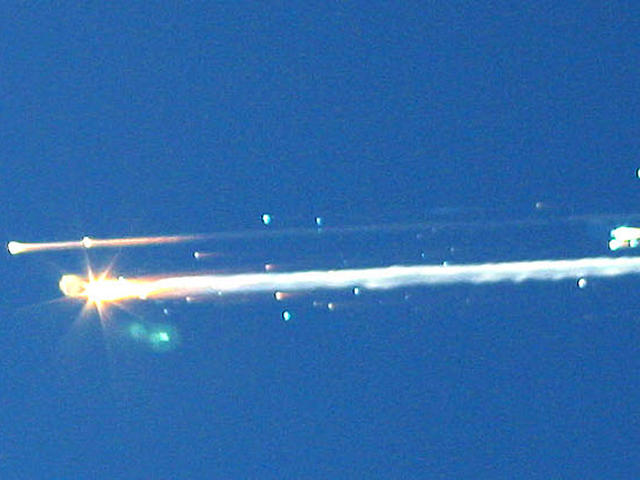 Mom almost forgot that Aunt Dee had been there with us when we found out about Challenger.

And to think Aunt Dee was there in spirit when we learned about Columbia.

It’s strange how memories of some events make us think about certain people, even if that event has nothing to do personally with the person we’re thinking of. My Aunt Dee never worked for NASA, never met an astronaut as far as I know, not big on science as far as I know, but somehow Aunt Dee was a part of the memory each time.

I don’t believe in fate; just too many things happening between too many people at random moments to make that likely in my book. I just think it’s a helluva coincidence that during these landmark moments in the American space program–the “where were you when _____ happened?” moments–the same family member featured in both.

I don’t think coincidence like that has happened with me and any other family member or friend.

P.S.– If you wanna feel like you’re going through a time capsule and getting the gist of “what it was like back in the day,” then watch this same video that got me thinking about all this. It’s on YouTube and it’s the EST 11am to noon news feed on CNN from January 28th, 1986. Watching the way the news was in those days, and the behavior of the newscasters before and during the event… it’s just wow. Stumbling across this video (again) yesterday is what got me thinking about this whole strange relationship of family and space shuttles. (The launch is around 37 minutes in).