Naturally, health is going to be on the list. The difficulty is this week especially, I have to focus on finances and getting things corrected before all the tax season stuff gets really going. That’s what I hate the most, but today and tomorrow I’m dedicating myself to getting it all cleared up as best I can, that way if there is ANYTHING left I have to deal with, it’s hopefully small.

I hate the healthcare signup thing, and because of last year’s taxes (when dad died and I bought my new mobile home), they probably think I’m rolling in money and won’t give me any help. Sheesh–my rate went up so much I’d be spending over half my paychecks on health insurance if I don’t get that help!

So, time to go shopping for healthcare again. But it got me thinking about once this is all taken care of, what my priorities should be. Health is a big one, but I’m trying to work on more reasonable goals.

My main priorities for 2020 must be these right here (the order of importance varies):

1. Stop beating myself up over every mistake I make (or that others make & I end up feeling partially responsible for)

That’s my depression talking, and just trying to convince me that there’s no point trying to do whatever I know I should do or have wanted to do. I’ve been in a funk for two months because of it. I believe the more I beat myself up over missed opportunities or screw ups, it makes my depression double-down on the “what’s the point?” talk. Uh-uh. We’re not playing that game forever. Time to get up. I’ve got to learn better habits to help me get over those moments (and how to recognize them before they go too far). I haven’t had much luck in the past. Time to learn, which may mean consulting a therapist again, but once I get this healthcare thing straightened out, that’s the first thing I’m going to look for.

2. Get control of my finances–I’ve bought the house, don’t need any more furniture inside. Any work that needs doing is mostly outside or setting up shelves and such, or re-organizing the garage with pegboards, most of which I’ve already bought. Time to rein in that spending and keep it to the things you’ve already got, that way I can save for emergencies far more effectively.

3. Create an edible garden in the yard, maintain it and be as self-sufficient as possible by the end of 2020 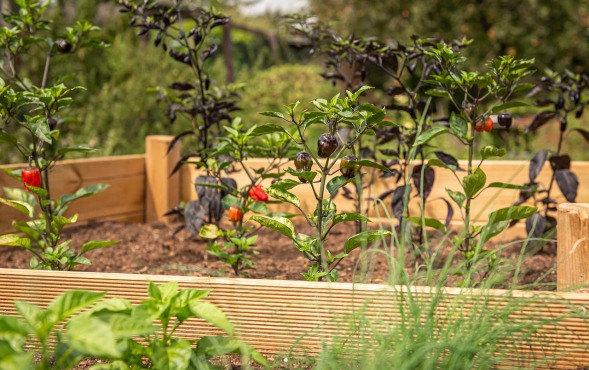 As a total newbie to gardening, I have some work ahead of me, including building better raised beds. But I also have a ton of heirloom seeds and want to know how not to kill them and how to cultivate and plant them, pick them when they’re ripe and know what to do with them or how long I can keep them. Stuff like that. It’s gonna take a lot of learning and hard work outside, but that’s something I want to do. It’s gonna be crazy hard, but it needs to be done.

4. Train my taste buds to want healthier foods–you could also call this one “get rid of fast food and sugar”, but more than that, I have to want healthier stuff. I’ve been without fast food before, but I ended up eating still largely processed crap that did me no good, or I ate out at other places, eating at my wallet. Nope, time to train the taste buds (trying again) to get over their sugar and fried food fixations. Less sugar. I’m already weaning myself off gradually, trying not to add it to anything, checking nutrition labels more carefully…

5. Go to MMA at least three times a week

I love that Despicable Me moment…

This one should be a doozy, an obvious one because I’ve missed so much of it the past few months and need to get back on track (but considering how hard it is and how much my anemia sapped my strength, it’s helped to start slower and less intense before going back). But this must be a good habit. I’m never going to feel confident in my abilities or get better at them if I don’t do the work. That said…

6. Practice guitar, piano, and/or other instruments at least 6 days a week.

I love Victor Borge… I feel like that sometimes…

I am so fed up with myself, giving myself the opportunity to actually learn from others how to play these instruments I love, and I’m throwing it away because I’m too tired to practice, or too busy (even when I’m not). I’ve let depression take those things away, things I wanted to learn, but were hard. Well, anything worth learning is going to be difficult, so time for me to get over it. I have had enough and want to learn music and how to make it lovely.

7. Go through “the Artist’s Way” all the way through.–I’ve started going through the program probably four or five times, but have never finished it. I want to go the whole 12 weeks and make writing a habit. And by that, I mean beyond blogging. I want to write stories or articles, novels, just about anything that’s full of good info and/or fun and imaginative. I need to rediscover my dreams and figure out what I really want and work for it. I don’t want depression to keep getting a leg up on me. And that means the “artist’s dates”. They need to be a common, weekly practice so that I can become the “former recluse” rather than the “recovering recluse” I’ve been the past 10 years.

8. Cook at least one new recipe every week.

At least, I’m pretty sure I couldn’t be worse than Homer…

Try something new and make notes as you go along. If it turns out you hate the recipe, don’t throw it away. Train your taste buds to help you figure out ways you can improve the recipe, or what spices to use, or maybe some meat or other veggie to put in there to improve it. Learn and make it yours.

9. Re-discover my dreams–I’ve let myself be a person that doesn’t make waves and is just the good kid in the family for so long I pushed what I wanted to the side. If someone were to ask me what my dreams are, I wouldn’t be able to answer. I’ve lost my dreams, and can’t even remember what most of them were. I know a lot of them died when the jobs weren’t there and all I worked for just didn’t come to pass (and though they’re returning, I’m jaded and don’t want those things anymore–though that could be my depression talking. In which case, I need to really think about if that’s what I really want after all and how to get it). But that’s something I figured out recently: all my dreams were the typical ones related to jobs and success, but on a personal fulfillment level? I can’t think of any, other than get married and have kids. What else should there have been? I am going to figure that out.

10. Learn how to make friends. 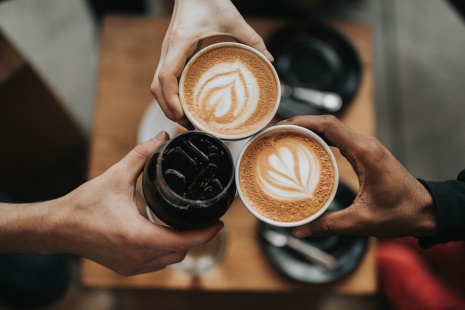 I’ll say online and in the real world, with a focus on the real world the most. I bought this house and made it in such a way that I could have company over and we had plenty of places to hang out or visit, in good and bad weather, no matter what. But when I think about it now, it feels silly, because other than my mom and stepdad coming over once, I’ve never had any adults over. I have a wonderful covered porch to use for music or hanging out, an area near my grill I could cover and use as outdoor dining (okay, buy tables and chairs later)… and yet, I can’t bring myself to meet people and let them in to be friends. It’s a hard habit to break, and I’ve just been so used to keeping people at arm’s length that it’s tiresome. It’s tiring being a nervous wreck and convinced you’ll screw everything up all the time, especially around or with other people. As much as I love my dogs, they’re not much for conversation or games. It gets harder to make friends the older you get, so I need to make a few that I can invite over and not feel awkward about it. I just got used to almost never having anybody over, at least, not since high school. It’s weird when you’re always living with somebody and trying to work around their preferences. Now that I don’t have to anymore… I’m adrift.

That’s a lot to work on this year, But I have to work on it. I have to do something new, something that makes me more, makes me a better person, a better neighbor, and just generally a part of the world. I don’t just want to learn music to play for myself, I’d love to feel confident enough that I could play in front of others, or maybe play with others and bond over music. 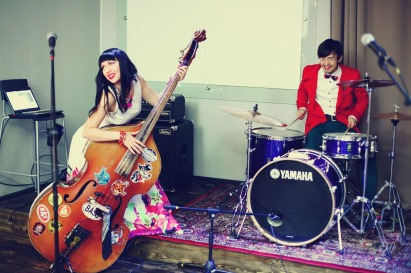 Yeah–that looks fun to me…

I’d love to feel strong enough to take care of myself or others, to not let myself be a victim and scared of everything and everybody, and also to feel confident that I can achieve ranking in sports, even if I’m not a competitive person.

Strange how all the things I seem to want are things I’ve never really done, or I’ve flirted with them and then gone crawling back into my cave, afraid of screwing up. That self-defeating attitude has cost me enough of my life already. Time to get it together.

One thought on “Playing with New Years Resolutions. Learning how to prioritize me.”