(photo from Sgt. Bilko, the 90s movie which I haven’t seen yet)

When talking “service”, that means military or war story, not customer service as we generally know it today. I’ve started to notice how the service comedy has gone by the wayside for the most part (the only recent example I can remember in the past decade has to be the new Catch-22 produced by George Clooney).

Naturally, I have not seen every movie out there, and I had a bit of trouble getting the order right. It largely depends on my mood, so I’ll just put in what I consider the top 5 right this minute. 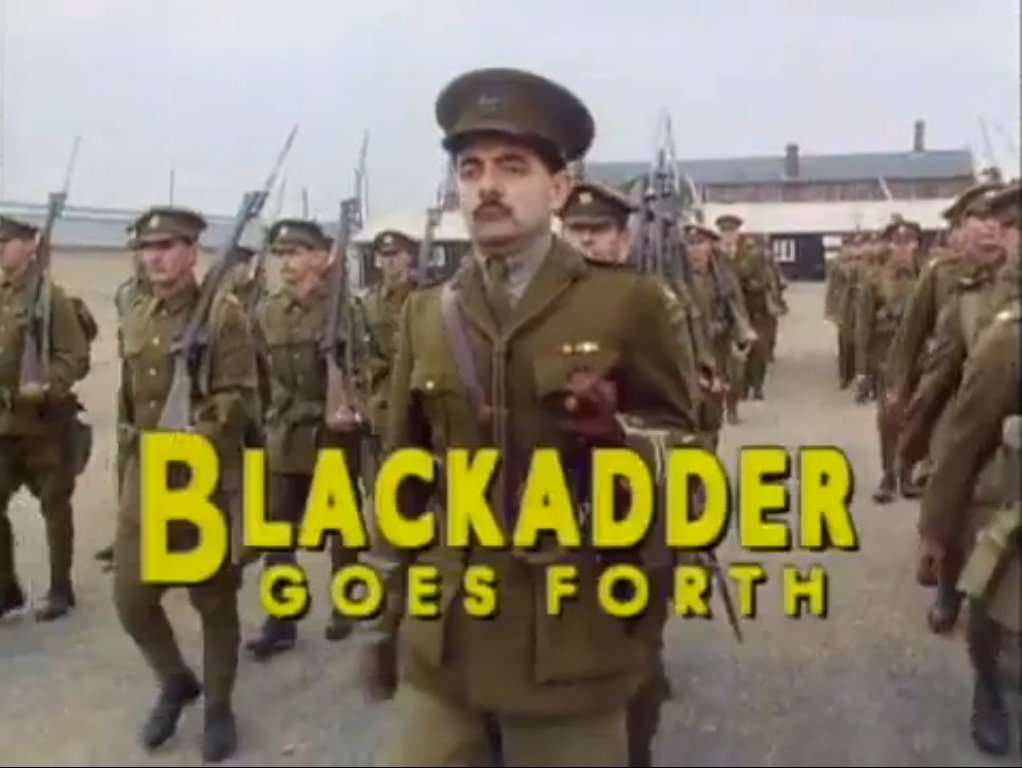 I think this is a fantastic piece of service comedy and historical comedy, and the humor is some of the best I’ve ever seen. I put it as a special mention, though, because it’s the 4th season of Blackadder and not a movie.

But binge-watching this season would be well worth it. Rowan Atkinson, Stephen Fry, Tony Robinson, Hugh Laurie, and all the rest are just fantastic beyond measure. Funny and contemplative in turns (and downright sobering in the final episode, still full on with the humor), it’s worth watching if you’ve never seen it. I couldn’t let this pass–so worth watching the Blackadder crew in the trenches of WWI and dealing with the misery and general insanity.

Now, on with the films:

#5B–The Wackiest Ship in the Army 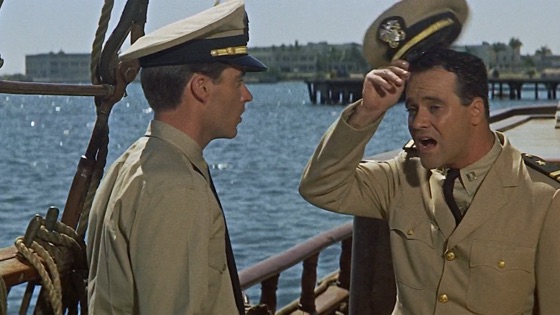 Yes, you read that right–the Army. Before I started writing this, I didn’t realize that there was one season of a TV series with this same title (probably inspired by this flick). I put it low on the list because most people I know have never heard of it. I’ve seen it since I was in diapers, and it still makes me giggle.

In the movie, Jack Lemmon is Lt. Crandall, who is given command of his first ship in WW2… which happens to be some racing sloop instead of a warship. His eager second in command is Hanson, played by Ricky Nelson. It’s up to these two yachtsmen to train a crazy volunteer crew for a mission to get an Australian coast-watcher through treacherous shallow waters to replace one of his cohorts.

The scenarios are fun, the crew is a bit on the odd side, and there are some fun moments (combined with that 60s comedy-style soundtrack) that make one chuckle. Once the serious plot really gets going, though, the laughs aren’t there as much. They pick up again toward the end, but that’s why it’s #5 on the list, tied with. 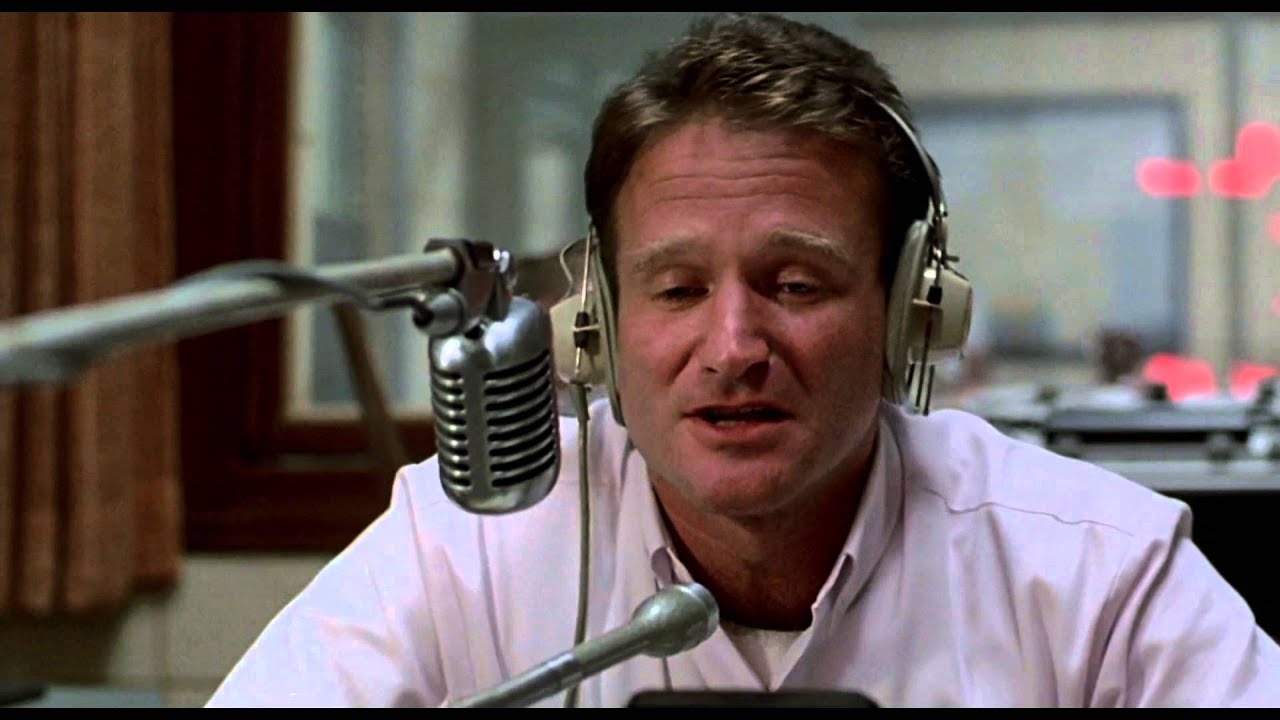 I thought about putting this higher on the list, because it’s a freaking classic and Robin Williams is just fantastic… and yet, I couldn’t bring myself to. Robin Williams is a radio DJ called to Saigon to participate in the Armed Forces Radio Network’s broadcasts. He doesn’t follow orders very well and plays rock music and says outrageous things while most of his superiors roll their eyes or absolutely hate him for putting “wild stuff” on the air. He also goes out and meets some locals, “teaching” some and trying to romance one.

However, beyond Williams’ madcap and hilarious performance, I don’t recall much humor beyond the first 30 minutes. The film felt like it dragged (the teaching scenes aren’t as funny as he’s trying to make them), though there were some heartfelt moments when he’s talking with locals, or the soldiers, or trying to do the right thing.

I don’t have a problem with that. Comedy takes all manner of forms, but I still find myself fast-forwarding through so much of the film to get to the more interesting parts. It also doesn’t help that the more I learn about the original Adrian Cronhauer, the more I wish this film was more accurate (yes, my inner historian can be a killjoy at times).

But not all the time. Still worth seeing, good for discussion and just fun to listen to Robin Williams at his inventive early best.

I know people who hate this movie because it’s transporting 60s humor and mannerisms into WW2, but I think that humorous aspect is what draws people in to this crazy movie. I like the characters (especially Donald Sutherland’s Oddball), and how Clint Eastwood’s character plays it straight while everyone else seems to be overreacting or just bizarre.

I think the premise is plausible, really–how many movies have been made about worn out soldiers or sailors who decide to go rob banks or go swipe some treasure behind enemy lines? Well, here’s another one. After interrogating a German officer, Kelly (Eastwood) learns about a bank full of gold dozens of miles behind enemy lines. Led by a know-nothing captain who leaves them to rest and recover before going back to the front, Kelly gives the guys the skinny and they decide to go after the gold.

The humor is largely in the absurdity, though Carroll O’Connor’s performance as the general really pushes it forward (he’s practically chewing the scenery and asking for seconds in some parts). One thing after another after another just come together to make it absurd, yet funny.

And the film taught me about Kilroy. Guess movies can teach you something.

Naturally, Cary Grant was going to end up on this list, and this classic is a good reason why. Between him and Tony Curtis on this crazy submarine called the Sea Tiger, overrun with women…yeah, I can see the oddness coming in. It wasn’t the battle of the sexes aspect (way cliche even by the 1960s), but it was the way Tony Curtis just didn’t seem to fit in with the traditional navy way of things, being an officer that mostly hosted parties rather than actual navy work. Then we have Cary Grant’s character, just trying to hold it all together.

Yes, it’s got a little romantic aspects, tons of miscommunication moments (even more of a 60s cliche), them sinking a truck (that one still gets me every time), but has a ton of fun even if the scenario’s just too nutty for reality (mostly).

The movie that spawned one of the most successful TV shows of all time…with awesome and fun performances by Donald Sutherland, Tom Skerritt, Robert Duvall and others. It took me years to see this whole movie, but when I finally got the chance, I understood why it was so well loved.

It’s probably the very definition of a dark comedy, in the sense that it’s so naughty with it’s humor, just this side of mean-spirited. But these doctors in the Korean War are just trying to keep themselves together, and gallows humor is the age-old remedy. Either that or making someone the victim of pranks, a person who needs to lighten up before they crack up (poor Frank, should’ve pulled that stick out of you-know-where).

Still, what a flick. 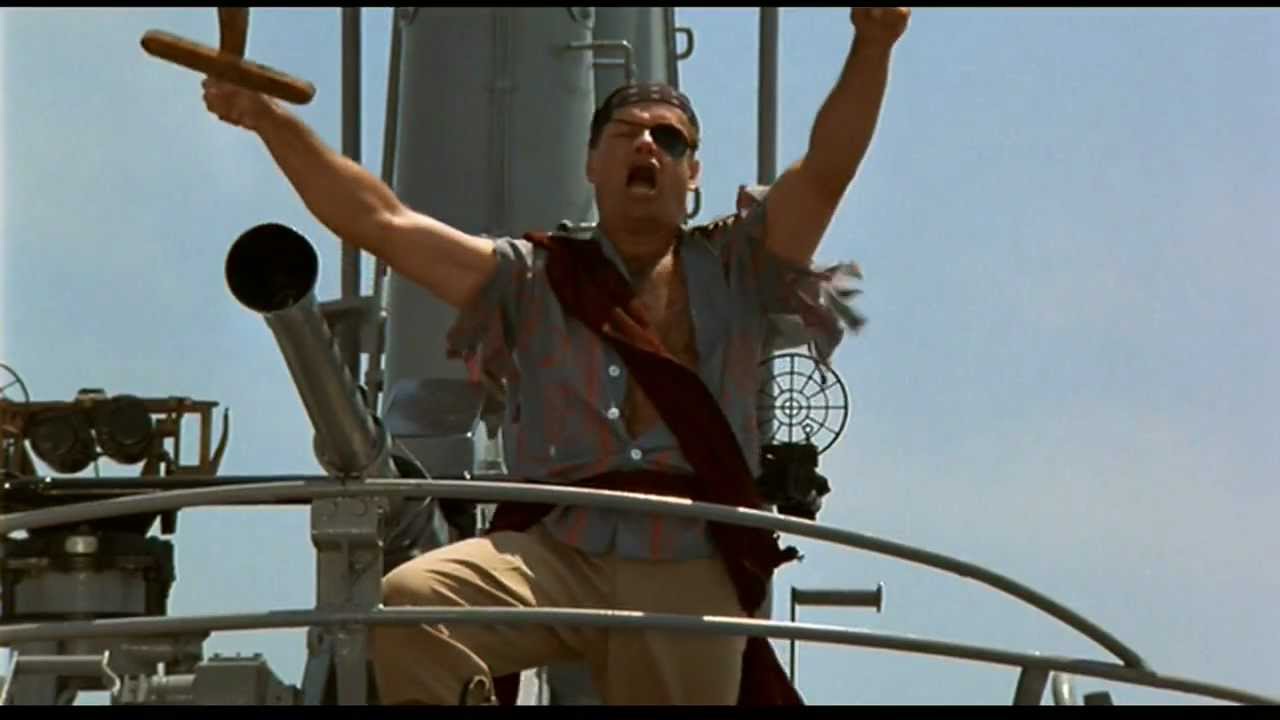 I’ve probably seen this movie 50 times and I still crack up every time. The characters are so different, the scenario so fun to watch, and it just flows. Perhaps when things are getting hairy it slows down a bit, but it’s a touch of suspense in the middle of a comedy–will our misfit heroes come out on top or will it all get botched in some hilarious way?

I love that Kelsey Grammer is Tom Dodge, captain of the diesel sub Stingray. It’s his first command, but he’d been trained for nuclear subs. Bruce Dern’s admiral character is up for promotion and picked this u-boat and his crazy crew to participate in a war-game against his best sub commanders in nuclear subs. Rip Torn, however, believes in Dodge and thinks he could have the skills to beat the other commanders.

The casting is awesome, even if the wackiness of the characters is  a little overdone. I’m amazed that this film contains the ONLY Rob Schneider performance that I like. Of course, the way everyone reacts to his freaking out just makes things better.

Down Periscope is a fantastic submarine war-game movie, and if you haven’t seen it, you’re definitely missing out. Some may think it’s too campy, but if you like the Navy and like to laugh, this is a great movie to pop in and forget about life for a while.

That’s the main reason I like it so much. And I can’t keep a straight face when I see the crew perform In the Navy during the end credits.

So, what’s your favorite service comedies (and why)? Like I said, I haven’t seen every movie out there, so I’m sure I missed some good ones.