After a crazy week, that’s just one among many this crazy summer, and leaving the office over an hour and a half late tonight… let’s just say I’m doing some careful thinking again. My bizarre summer schedule will only get more bizarre for the next couple of weeks until things have calmed down and we’re back to the school-year schedule.

Not for the first time have I considered changing jobs.

I mean, I don’t mind what I do, but I honestly can’t picture myself doing it for the next few decades. At least, not where I am at.

I’m becoming worn out, and I’m glad I don’t have to go in tomorrow (almost had to), as I haven’t had a day off in a while other than Sunday (and that’s taken over by classes and cleaning as it is).

Part of it was a phone call from dad’s old friend, who apparently wants some stuff from me and I just haven’t thought much about any of it. I’ve gotta get the house in order before anything else, and I was annoyed at where things were going.

I trained to be a high school teacher, but the rules changed. We were supposed to get rid of the stupid state test, but that’ll never happen. I wanted to get a teaching job while I was young, naive, and stupid enough to try anything (and believe I could do it). Well, that didn’t work out. And dad’s friend keeps suggesting school districts for me to work at and that his wife could help me out, being a former teacher (yeah, not driving an hour and a half away to teach each day, thank you very much). 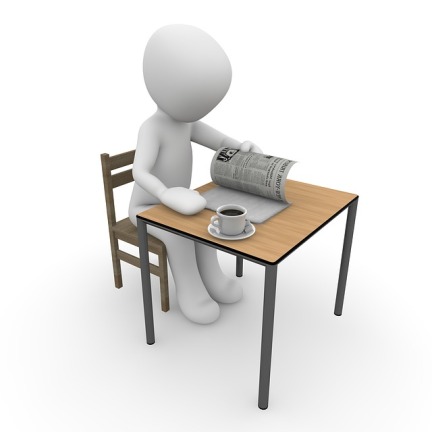 Yeah, I’m trying to find more time to read and learn, not less.

I finally had to admit that I don’t want to be a traditional classroom teacher. I’m okay with tutoring and teaching in the short term like I have this week, but every day for months on end, dealing with standardized testing and angry parents and students who can be so lazy at times that the only reason they show up to school in clothes is they’d be arrested otherwise.

I wanted to teach for the kiddos who needed it most, who wanted it the most, and to help others along who didn’t think it was possible or just didn’t see the point. I wanted to help them see the light, but I get more dismayed each day when I hear how hamstrung the teachers are in public school.

I admitted to dad’s friend that I just don’t want to teach anymore in such a capacity and haven’t in a long time. I just can’t let myself go there and think about being in the classroom. I’m also fed up with having to network and all that to get a job these days. I figured that i’d done well playing by the rules, as in you do your best and train hard and you’ll get noticed.

Nope–not how it goes anymore. And after coming oh-so-close-but-not-quite on jobs the past few years, I’m just tired and done. My depression and temper would get the best of me, and I’d be out on my rear.

I know I need something else, but what it is so far has eluded me. All I know is that for the longest time, my dreams were gone. I could’t tell you what they used to be, I just couldn’t remember. I do know teaching was a factor, but what kind of teacher?

But that was only a facet. I wanted to write, to write novels, short stories, poetry, whatever else that could be fun and entertaining as all hell. I figured I’d be writing novels on the side while I worked as a teacher.

Yeah, that wasn’t going to work. My mistake was thinking that writing could only be a side gig, that I couldn’t try to make a living from it.

Not saying that I’m fully supported by my writing. I’m definitely not in any financial sense. No, I’m trying to stir some thinking and get those old muscles working again.

But beyond writing, my interests have revolved around music the most. One of my biggest “if you could have a million dollars” dreams was to own a bookstore/coffee shop sort of deal. Often, the idea of a music store was nearly as good.

And honestly, that’s what I’ve been thinking about off and on.

I have to admit, I have no business sense that I’m aware of (yet), and wouldn’t know where to start as far as classes or anything. I’ve got a Business for Dummies book on my shelf, but what else? All I know is that if some parent or kid needs a new instrument or to get it fixed, they have to drive 25+ miles away to another town some distance over, or more like 45 miles when heading east.

This is something I would love to do as far as a business goes. I’d love to own and run a musical instrument shop similar to (if not part of) the ones out there like Music & Arts and Guitar Center). I’d love to run a place that sells drums, sheet music, accessories, keyboards, guitars, and band instruments (used or new).

There’s a major hole that could be filled in this area. There are dozens of school districts between 20-40 miles east of Houston that have no nearby place to get instruments. Considering the hundreds of band, orchestra and choir kids in each school district…that’s a hella opportunity being missed.

I would love to learn more aout having a business and see what I could do to help. I am having trouble picturing myself working for someone else all my days (other than some off-site person, that is). Perhaps that’s why I can’t come back down to Earth and make sure my ideas come to fruition.

I think I’m on the verge of remembering what my dreams are and focusing on them a little at a time.

I’m tired of life being too short to truly enjoy what we should. Do I need more of an understanding regarding how retail and musical instruments as a business work? Oh, hells yeah.

But I really want to try. To learn all I can and see what needs to be done. I’d love to .

5 thoughts on “Recapturing dreams when all is so uncertain.”