I got to thinking about what would make me–in this day and age–get really scared out of my wits and insist on protecting myself in the harshest possible way.

I finally figured out the scenarios that scare the willies out of me, but perhaps some won’t be all that uncommon or unusual as we might think.

In no particular order: 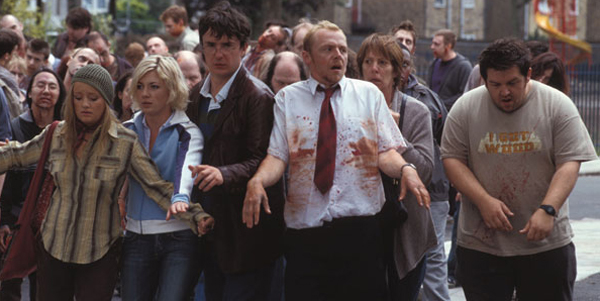 Okay, that’s a no-brainer. Next one–

#2: A dark parking lot with nobody around

The odds of this being my scenario are kinda on the slim side, but I have to admit, there are few things that scare me more in the real world than being alone and then suddenly somebody you didn’t hear coming is right behind you.

Why? Why are they there and why now? Why didn’t you hear them coming? Why didn’t they announce themselves?

Yeah, that screams trouble to me. I don’t know anybody stupid enough to just come up behind somebody out of the blue in the dark of night. That’s how horror stories come about, and what feeds the 24 hour news cycle.

#3– Any adult asshole who decides to go through my yard or up to my house wearing a Michael Myers mask.

Seriously, this is one of the reasons I’m kinda glad Halloween as a holiday has been taken over by the churches in these parts. I live out in the sticks, and my neighbors are pretty cool people and we look out for each other.

And when I’m at my most alone, I can’t watch Halloween in the dark: the imagery and music get to me. Even the daylight scenes scare the willies out of me. I just don’t see anything good coming out of some idiot coming to my door at night with a Michael Myers mask on–I’d be reaching for that gun and screaming my head off before I realized what was going on.

Yeah, there are some pranks I just wouldn’t be able to handle, that’s for sure.

Of course, even movies I love to death have left a mark on me, which leads me to–

#4–Anybody who is walking around my yard or knocking on my door when it’s pea-soup fog outside.

Why is it always John Carpenter who can scare the crap out of me? I’ve loved and been freaked out by 1980’s The Fog since I was five years old…and all I can say is I’m super glad that we don’t get much fog down here in southeast Texas, or if we do, it’s generally light or in the middle of the night when I can sleep through it.

When I’m alone, or the only one awake at my night-watch job, I cannot have this movie on. I’ve tried it, but it’s a double dose of “hells no” when it’s a foggy night. I’m glad I have the dogs with me and they’re nice and noisy at the best times, because otherwise I’d be paralyzed by every little sound outside.

The damned pulsating soundtrack is stuck in my head, and only exacerbates the fear. Fog is tricky. Sound bounces around in fog. If you have a flashlight in the dark, it means others see you but you can’t see crap. Everything is reflected by the beam, and that blindness is just awful.

As much as I love history and would love to travel, I’m afraid I’ll probably never step foot in the San Francisco Bay area. My dad was there on leave when he was in the Navy and he said he was talking to his buddies and within five minutes he couldn’t see his friends across the table–the fog was that thick.

Yikes–yup, not a fan of fog, and anybody knocking on my door on a foggy day is just gonna have to leave a note or come back later, because if I can’t see who it is and am not expecting anybody…yeah, there’s gonna be a problem.

I’ve had that happen a couple of times. The first time I was with mom and we were in a motel because we’d been flooded out thanks to Tropical Storm Allison. My stepdad snores like crazy and we got two rooms so she could come in and sleep where I was once he’d conked out. Well, within half an hour, somebody we didn’t know was banging like hell on the door. I can’t remember if it was a man or woman, or if they were just banging, but I remember thinking that mom in her nightdress coming where I was at 11 pm might’ve made some drunk idiot think that their hubby was cheating on them or something. Guess they figured they got the wrong room because they stopped after a few minutes.

I don’t think I slept the rest of the night. Motels always made me leery after that.

On another occasion, I think these ladies might’ve been friends of one of my neighbors or something, but they were drunk off their asses and banging on my side door. We had the lights out all over the house from what I remember, it was after midnight, and they were talking to each other and banging on my side door in turns (surprised dad didn’t hear the idiots, but his room was farthest from the noise). They were clearly looking for someone and thought it was his house, but since I didn’t know them, I just waited for them to go. I had a small window in the side door and could occasionally see them outside it. I think it took 10 minutes for them to finally go, and I don’t know where they went.

I just remembered not wanting to move in case my movements attracted their attention and their banging and yelling increased. I was scared, and that was the first time I wished I had better firearms training and a gun in case they decided to be real idiots and try the doorhandle or break a window.

I’d grabbed a steak knife just in case. Was more calming than a gun, that’s for sure.

Nobody said anything about drunk idiots wandering around in the days after, so either somebody figured who they were and got them home, embarrassed, or somebody picked them up. I still have no clue.

But that was one damned scary night.

Any scenarios you can think of that would make you go for the knife or gun first? Or hire a ninja?