I recently discovered Boomerang on my channel list and was happy to have something other than TCM on for noise (or local news) for myself and the dogs.

This week I had it on and there were lots of retro episodes of Tom and Jerry, Scooby Doo, etc., and it was so easy to tell which half-hour was a reboot and which was from the late 1960s and 1970s.

And I don’t just mean the music, which tends to have this odd vibe that makes me think of Bullit and Lalo Schifrin in the style (beyond the “Mickey Mousing” that all cartoons have–the cartoony sound cues indicating action).

You can really tell also with Looney Tunes or any Hanna Barbera production. The characters certainly evolve from the 40s more bubble-headed look of some of the characters (especially Daffy), to the 50s and 60s which are what we’re used to the most (the so-called golden age).

But what I notice most about 70s era cartoons is how dingey and murky the color palette is.

Scooby Doo shows this the most obviously, but then again, when most of the “action” takes place in dark locations, what can you expect? The colors aren’t going to pop as much. But other cartoons have this very muted palette. I mean, when you look at those cartoons from back in the 50s and 60s, the colors just popped more. They were brighter (take Tweety, he was actually canary yellow, not some orangey-yellow), and the action just flowed differently.

I’d assume that maybe they got different animators for the time and that’s why that was, but why did ALL cartoons seem to have that murky look to them?

My next guess is the film stock and production values. Maybe the cameras and film they were using to capture these images were sub-par or just worked differently for animated cartoons.

And it’s not just the weekly cartoons–there’s something to the style of 1970s animated films, too!  Take Robin Hood by Disney. This is what the DVD cover looks like for it’s re-release this decade: 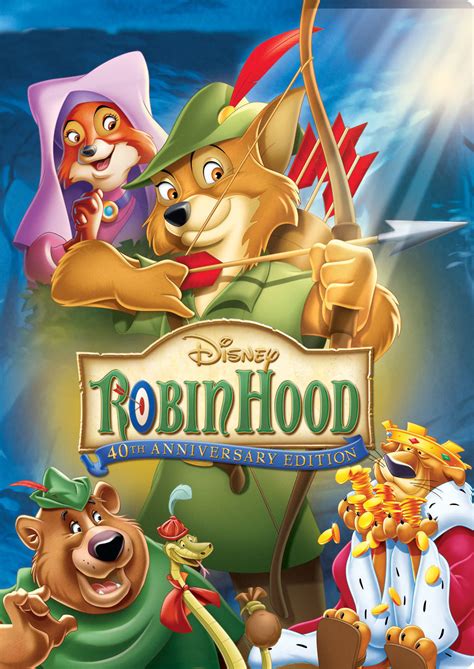 But this is what the film and colors actually looked like in the 70s.

Admittedly, that’s one of the better, brighter looking scenes.

Now, I know the Disney covers are always overly bright and sparkly these days, but often the colors aren’t that far off (especially with Pixar). Hell, Beauty and the Beast and Aladdin were pretty spot on with their marketing and what showed up on the screen.

These cartoons just look so murky in comparison, and it’s bugged me a while. And for the Robin Hood DVD release, it looks like they digitally remastered the film and brightened it up a bit, at least, according to the other film stills I’ve found.

Anybody have any theories on why that is? I mean, there are lots of other cartoons out there, some of which had smaller budgets and were started in the 1970s (Schoolhouse Rock comes to mind), so I’m not counting those. Just dunno why already established cartoons ended up going for the murky, dirty look.