I’m almost sick of looking at them on my table. I had to take the sticker gum off most of the books and let them dry before I could stick a new library label on each spine.

Yeah, it takes work to save money with books, and the goo gone and cotton balls in the trash are proof…but it’s worth paying half or less per book. I still have several on my table that need to have tape put over the spine to protect the label I just put on them.

I think I’m just tired. We’re expecting days and days of rain and I’m trying to organize my office…again…and make room on my bookshelves…again.

I went on a crazy buying binge trying to clean out my wishlists online. I had over three hundred books on those damned things at the beginning of the year. I’m down to about 20.

Some books I bought on a whim eons ago, which means the wish-list books aren’t needed because I got a book or two that’ll cover the same ground (and are newer), so I got rid of those on the computer. Other books have been out of print forever and an age and can only be purchased through a third party (with a price tag of over $100 easy).

Yeah, those I just went looking for cheaper options and more up to date ones–or libraries that i knew would have them–and threw those off my list.

Others I’m keeping on the list as a reminder to get them when the price goes way down…or they’ll be coming out in paperback someday and it’ll be a helluva lot cheaper.

Some I’ve tried to get at a reasonable price and when I couldn’t find them, I just cut my losses and got rid of them. They were mainly “classics” that would fill a gap on the shelves. If I really like an author, I’ll go back and plug that gap later.

But I’m staring at fifty books on my couch and coffee table.

I am almost done with my book purchases. Got just a few more coming in the mail and then I’m gonna burn my credit card.

But why keep buying?

I joke that books are my friends, that they teach me so much and let me expand my mind. 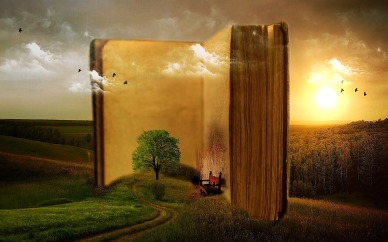 I buy books because they’ll be used and read…eventually… and I want to understand as much as I can.

That books are my friends is more true than I’d like to admit. I also buy books for the same reason I’ve bought a bunch of poster/picture frames for my jigsaw puzzles…and more puzzles.

I’m trying to distract myself from loneliness. Books keep me going, lest I reflect too much on myself and want to start screaming.

Of course, I didn’t realize I was doing this til I’d paid for the last book in my shopping cart…dammit.

But that’s half my theory. The other half is my emotions are all over the place and since I can’t control them, I’m trying to control my environment and get things just how I like them.

The trouble is, I’m afraid I’ll have things just so much the way I like them that I won’t be able to cut myself loose from them.

It’s not pleasant when I get looking around me and I realize that if I actually met somebody awesome that I’d love to date or live with, I’m afraid my issues would rear my ugly head and I’d hesitate to develop a relationship because of a bunch of stuff that can’t love me back.

Well, except for the dogs and the noisy green parrot.

Honestly, I’ve wanted to have a house my way for so damned long that I’ve officially gone overboard with setting everything up. I’ve become crazy impatient, and I keep learning more things, and wanting to learn more things, so I keep buying more books.

I need to slow down. I’m giving myself the rest of the month to really put this office in order and leave it. And I’m going to keep track of my shelf space for those books, and the books I’m putting in my “catch and release” pile. I will add to my wishlist before I even think about buying another book, because I really don’t have the space now.

And I HAVE to get rid of a lot of these books eventually.

There are plenty of things I can put on those shelves other than books…eventually, those would be awesome places for ship models I plan to build…

My problem is all the things I like to do revolve around stuff meant mostly for one person. My hobbies and interests were built around just me. I’ve left behind board games with actual human beings and just have a hard time making friends. I don’t know how, so I’ve retreated back into doing things just for me.

If I’m not careful, then I’ll really be in the place I feared the most: inside a bigger box with a better paint job, but that’s it.

I’ve become selfish with my time, in a sense, more than usual. Before it was driven by travel time and circumstances, because I live so far from the few friends I did make before. Now it’s habit, and it’s just spread around more square footage. 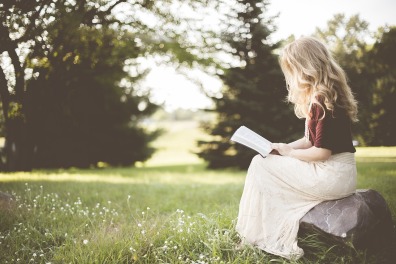 That’s why I really had to think about why I can’t stop buying books. The puzzles and posters are to decorate the house, and thankfully, I just work on them a little bit at a time, not hours and days on end like I was doing when the weather sucked and I had nothing else to do but unpack boxes.

I’m working this week–while I’m stuck indoors most of the time–on making an honest to goodness guest room. Well, maybe not completely, but if I had a guest over, I’d have so little excess stuff in there (and a daybed) that someone could use the dresser and other furniture in there for their stuff for privacy.

That will take some fanangling, but I could do it.

I just have to work on the end goal–make this a house I love to be in, but make it inviting for others who may want to hang out with me or live with me a while.

I told myself I was going to have furniture to invite people in, have a porch for people to come by…the weather’s stopped some of that, but it’s time to work on the house. The inside, anyway.

No more buying books, seriously. I need to get rid of a bunch of them (and read them first, of course, but I’ve got at least 20 years of reading material as it is.

I can get more (a little at a time) AFTER I’ve gotten rid of at least a hundred.

Time to make a life where I can be more inclusive and outgoing without hesitating or afraid for things and my place in the world.

I gotta get my shovel and dig my way out. Stake my claim in the world.

3 thoughts on “Why I Can’t Stop Buying Books: A Theory”