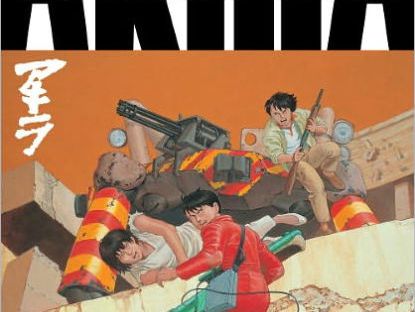 We’ve come to the final volume of Akira, and oh, what battles have been fought for the world and Tokyo by the last page.

This was worth the wait.

Akira (volume 6) is all about the battles taking place in Neo-Tokyo, from the iconic Olympic stadium where the demonstration of power was revealed to Akira’s followers, to Miyako’s temple, the subway system, and everywhere in between. Page after page contain panels full of action and destruction, with characters struggling to keep themselves alive while attempting to kill Tetsuo and end the madness.

I have to say, this book nicely wraps up plenty of plot points, though some may be too ambiguous for some readers (you can’t please everybody, though). There is still plenty of speculation to enjoy or think about, and it makes one wonder what could come next once the last page is closed.

I have to say of all the characters and their story arcs, I was very impressed with Kei, the Colonel, and Lady Miyako the most. Tetsuo was certainly the most chaotic: full of attitude one moment, a lost boy the next, wise and contemplative at another…at least until the berserker moments take over. Tetsuo and Akira are the definite mysteries in this story, and I wouldn’t mind reading it all over again to glean more info from the pages.

I can see why this story is a classic, and the film as well (which was made before these pages were even finished, so the film inspired the manga as much as the manga inspired the film. They’re both keepers as far as I’m concerned.

And if you want to know more, after finishing reading (and maybe watching the film–remember, keep small kids away, far too much blood and cursing), I’d recommend a look at these two YouTube videos. There are plenty of analyses and fanboy videos on Akira out there, but when it comes to the manga and film, these are the most helpful regarding Akira‘s cultural impact and themes of destruction (cursing and violent scenes are naturally par for the course), courtesy of YouTube:

And when you’re done reading the graphic novels, see the film (if you haven’t already, just keep the kiddos away).

And I love that I can totally appreciate both on their own merits. But that’s just me…