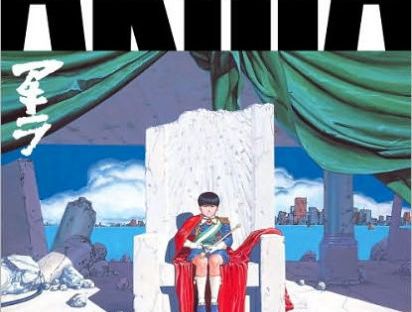 Oh how the heavens shake…or certainly the Earth is around Tokyo now. Akira is alive, awake, and in charge of the Great Tokyo Empire (whatever that is). At least, that’s what his supporters and worshipers believe. Tetsuo is his loyal right-hand, determined to understand Akira more…even if it means a painful lesson.

Akira (volume 4) is an aftermath case. The “bad timing” incident of the last volume has created another destructive event, and now Akira is worshiped as a God on Earth, a child who can wipe the world clean of all that is wrong and impure. The irony lies in his lawless followers who have more of Tetsuo’s destructive attitude.

This volume digs deep into the characters that have survived the blast, though Tetsuo’s second  in command doesn’t have a name that I can find (yet) is a newer one, and Kaori, Tetsuo’s girl/slave makes her first appearance. The Colonel and Ryu are trying to figure what they’re supposed to do, and Chiyoko and Kei are trying to care for the old-children in the midst of the chaos. They need the help of Lady Miyako, which is difficult since the Lady has been deemed an enemy of the Great Tokyo Empire and it’s a long way through the wastes of destroyed Tokyo to get to her. 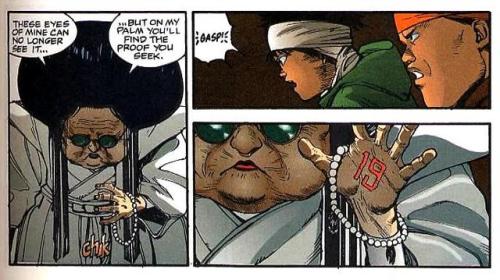 Lady Miyako, from the colorized version, with Kei and Chiyoko

It’s a thick volume with many elements to it: journeys, philosophies, some backstories to answer the questions that developed (or at least give a good start) regarding the Akira project, etc. Kei has really grown stronger and stronger as a character in this series so far, and I’m impressed by the increasing development. She doesn’t have the answers yet, but is trying to live and do the best she can as a protector.

I’m a little surprised at the turn taken by Tetsuo here. He’s evolving in different ways here, and there’s some backstory that pops up to explain a bit of his early life and what’s made him the way he is. And then there’s Akira.

Akira is the mystery, and I’m curious how much of that mystery we’ll be able to pry apart. It’s a strange relationship between these two, and also Akira and the people outside. The psychic drugs made a larger play in this volume than before, and it’s appalling to see what happens to the people and Tetsuo with them. We’ll be getting a lot out of this one.

Also, there’s a LOT more violence in this one, including attempted rape and sex slavery, so I’d keep the kids away from it for sure. Yikes. This is a dystopia of epic proportions, that’s for damn sure.

I certainly want to learn more about Lady Miyako, and will be happy to keep going, to see what else is coming down the way. Kei will play a very important part in events, and I’m wondering what it is she and Kaneda will do. One of Kaneda’s old friends pops up again, Keisuke, and he’s helping out Kei and Lady Miyako to prevent Tetsuo from keeping control of Tokyo.

Over time, these K names could get a bit confusing, but we’ll just make sure not to short-form them.

Anyhoo, I want to know how the events go, so on to volume 5.