That right up there is my newest guitar…and it’s a freaking beauty.

And as far as I’m concerned, it’s my LAST guitar…unless somebody just up and gives me one for some reason later.

I’ve got plenty of instruments right now, so I think I’ll just keep to what I’ve got and put the rest on the back burner as far as purchasing goes.

I’m a little miffed that I’ve mostly just started “collecting” guitars instead of playing them. Now, I have a dedicated music room without a bunch of moving boxes and junk in the way. I’ll be able to play without the dogs getting in the way (or having to listen to whines when I inevitably hit a squeaky note).

I still have to hang a few pics (when I get them) and a couple of guitars on individual hangers. I couldn’t sleep a few nights ago, so I just got out of bed and put shelves up on my walls to put my amps, violin, and other smaller instruments on them. It worked out pretty well, because I need the closet shelf space in there more than anything.

After all, if I have that nicely dealt with, then I can clean my art room up and get THOSE boxes up and gone.

But I really wanted the music room done first, because I’ve been annoyed at my lack of progress. Hard to get very far playing when you don’t have a schedule you can stick to.

And I need a backup plan.

I’ve had congestion and breathing issues for over a week, and it’s making it damned hard to practice clarinet. I cough so much that trying to work on my embouchure just doesn’t get very far. At least it appears to be clearing up, but it’s slow going.

So why not work on an instrument that doesn’t require jaw or breathing rules?

I also really wanted a bigger chord chart, and a wall poster was a good idea. I’ll tack that up after work tomorrow and get started from scratch again.

I’m determined that I’ve gotten my last guitar for some time to come. Yes, there are other stringed instruments I wouldn’t mind getting someday (like a good banjo), but I need to work with what I have already. And I have a very nice mandolin to serve as my intro to folk instruments…might as well get good at that eventually, too. 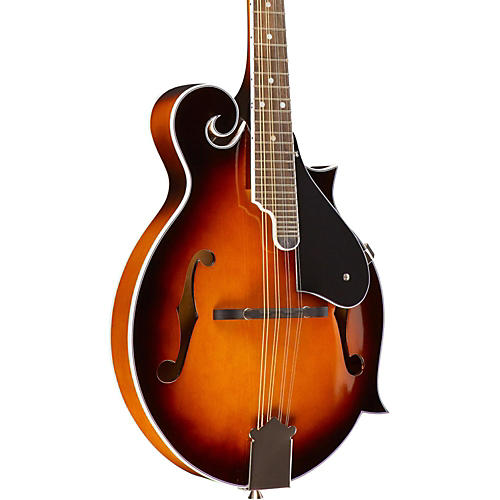 That F-Style Mandolin’s one of my early impulse buys. It just sounded so lovely, and it was a model that didn’t break the bank.

Dunno how I can’t stand country music these days, but I sure like blues, bluegrass, folk, and even zydeco has grown on me (can’t help it, it’s just fun to listen to, and I can’t dance to save my life).

I want to play all that type of stuff some day, but I have to practice first…and of course, Pink Floyd is gonna be up there for sure to learn from. That’s the main reason I got my FIRST stratocaster, because David Gilmour is one of the best guitarists ever and I love the sounds he can coax out of a stringed instrument.

But it’s not just wanting to get good at guitar for the hell of it, but perhaps if I get good enough, I could play with other people. I wonder if there are meetups around here for jam sessions and stuff…hmm…

After all, what’s the point in collecting lots of instruments if nobody else will ever play them with me?

And maybe if I get good enough, and save enough money to take lessons to hone what I’ve learned, I can give lessons.

I just think music is so damned important, and though my parents were good with clarinet in school, I wondered if they thought it was just a good hobby to give me something to do. I doubt they expected me to do anything with it beyond that. That “practicality” being drilled into my head made me give up early, and I’m mad that I didn’t get better at clarinet, or guitar, or anything.

Well, time to rectify that this Easter weekend. I’ve gotta work tomorrow, and if the wind has FINALLY died down, I can plant my last trees in the afternoon and put the other seed greenhouse together. Otherwise, I am going to hang the last guitar hanger on the wall, organize my guitar supplies, and start playing again.

My Easter is going to be a bit pagan, I suppose: commune with nature through my gardening, and when the weather turns unpleasant, time to grab the guitar.

One thought on “It’s time to stop collecting & start practicing…or else, what’s the point?”