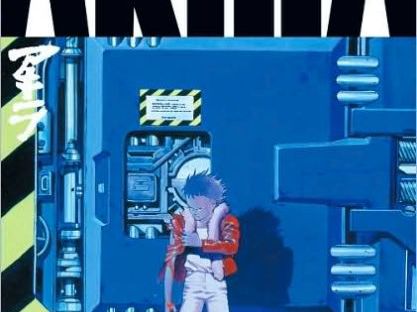 The gang is back, and Tetsuo is determined to find and meet Akira…whatever that means. According to the adults, it can only mean something really, really bad.

Akira (volume 2) focuses again on the teens Kaneda, Tetsuo, Kei and the experimental children (Kyoko, Masaru, and Takashi). The characters and their relationships (or brief encounters) are starting to really gel.

Kaneda gets a bit more involved with Kei’s organization and their friendship develops out of necessity away from Kaneda’s gang (who barely have a part in this section). I like Kei; she’s a strong character who I’m sure will only get stronger. Kaneda’s a bit of a screw-up and thrill-seeker who you can tell is getting in over his head, but it works to build suspense instead of becoming a distraction. Kyoko manages to control Kei for the children’s ends. They’re concerned, as powerful test subjects themselves, that Tetsuo will awaken Akira, and the two will destroy everything. Because of that, the kids believe Tetsuo must die to ensure that doesn’t happen, and use Kei to help them out.

Tetsuo’s been in the experimental hospital most of the story, getting checked out and tested while harboring resentment for his treatment. His attitude has been bad all along and is only getting worse, which concerns the Colonel.

The main adults in this are Ryu (who actually gathers intel for some important man named Mr. Nezu, who himself tends to meet with a mysterious person named Lady Miyako) and the Colonel, who is determined to control the Tetsuo’s potential.

The Colonel needs to understand the power and control it, but knows they need more time. This puts him at odds with the Doctor and scientists under him, who are determined to learn all they can as quickly as possible, even if they’re uncertain they can control Tetsuo. When the Doctor lets Tetsuo know where Akira is, the whole second half of the book (and the body count) ramps up.

Volume 2 is a very action-packed part of the story, and Tetsuo’s determination to understand and meet Akira drives the action. Everyone wants to stop him (except for the scientists). I find the scientists’ naivete (or maybe it’s a total lack of concern) a bit disturbing. From what I’m understanding, it’s partially curiosity as to what Akira was, but it feels like it partially stems from profound ignorance and arrogance.

These men want to know at any cost, and it might just bite them in the rear.

Otomo is whetting the appetite with this installment. We began with the characters introduced and some smatterings of the plot to come, and the driving action. Now, Akira is awake, and who knows what will happen next. There are so many possibilities, and I wonder what is in store for Tokyo…and the world.