I think that number’s about accurate. I had the thoughts coming in the past few days, but I’ve been so exhausted I haven’t had a chance to think properly. They came to a head yesterday with a crying and screaming fit that worked me into a near migraine.

First of all, I was avoiding the phone for some reason, many a time. Some people were “calling to check up on me” and I just didn’t wanna pick it up, because they were gonna ask a lot of personal questions about my situation that I didn’t wanna get into (or couldn’t because of legalese).

But I finally picked up the phone yesterday and in the back of my mind while dad’s friend was on there, an internal voice kept screaming “wrap this up and get off my damn phone!” I didn’t wanna hear what he had to say, and then I REALLY wanted to hang up because some of what he said was bugging me.

It stirred some thoughts I was starting to have, but because I’d been going on fumes the past two weeks, wired and tired all at the same time…yeah, that didn’t work so well.

I finally hung up after 45 minutes (with the legit reason that I was doing the potty dance and he was starting to repeat himself at that point). Now, I’m sure the man has an interest in all this dispersal of dad’s property and all, and my welfare in some sense, but I nearly lost it when he basically said “don’t trust anybody.”

Annoying, because I’ve heard plenty of people say “don’t trust him,” too.

It’s an extension of the finger-pointing that went on right before the funeral, because just about everybody I’ve talked to has some story to tell about this person doing this, or that person doing that. In essence, I’m surrounded by people who have screwed my dad over in some way, and the man’s capacity to forgive isn’t all that helpful when everybody’s telling me not to trust anybody else.

Ugh, stop the train, I wanna get off.

I started screaming til I could barely talk at all last night, and finally had to call my S.B.C. just to hear someone not out to get something. I know her thoughts about all this, and she started getting upset because she realized I was thinking something she was afraid of all along.

That I was gonna put myself in the corner again and never break out;  go back to being in my little hole and not take charge for myself.

I’ve been house hunting at manufactured home places. I got the land, I like my neighbors, I just hate this damned house. And there were two we were looking at together, the first one I thought was okay, but not big enough for what we had in mind.

I just wish the red flags had gone off sooner with the second one.

The second house is a lot bigger and a lot more expensive. I thought we were operating on a tight budget and that’s why we weren’t going that high. But I guess I’m better off than I thought or something. I put that floor plan in the “dream on” file and moved on. But now we’re looking at it with some modifications.

This is where my inexperience and stuff started to come out and it didn’t hit me til yesterday. I was at the place Thursday talking about the house and seeing it. The first thing is, they went to see it before I did and liked it, I was there to give my opinion on it (basically). The second thing is when we were looking at treatments, I didn’t even notice it then, but my aunt started picking out the cabinetry and walls and whatnot and asking if I was okay with it.

That should’ve had me stop and think about it–but sleep deprivation is a nasty thing and I just didn’t think about it at the time.

The third thing is my aunt was talking about the house like it’s an investment and I gotta think of resale value and all that. My uncle’s only input was structural, that it’s gonna be a house the way it’s laid out, not some dinky mobile home that gets a bad rap. I like the company’s reputation and all, so I’m sold on the brand.

What should’ve got me is “if you wanted to sell it in a few years,” and maybe I heard it wrong since my paranoia’s now in overdrive, but I thought I heard “to us” at the end of that sentence.

I remembered that yesterday, thinking I heard that. And that let out a flood of fury in me that finally let me break down and get pissed off at the universe for the situation I’m in. I’ve been taking everybody’s word on everything because I’m in shock and my world was turned upside down, and I don’t know what all needs to be done.

But now…I can’t afford to be this naive, literally.

I started getting mad, because when remembering her picking out the cabinetry and accents and things, I should’ve been thinking “wait, shouldn’t I be the one picking these things out if this is my house?”

And that’s what’s at stake here; some old fears came back to light. I had the revelation that this might be my house in name only if I let this continue, and I’d be living under her thumb, even though I have freedom of movement and I’m not one of her kids. She said she’d do laundry and cook and all, but dammit…I remembered I wanted to learn how to cook again and do great things.

And then I realized that I had slid into old patterns of behavior, that I was trying to rationalize and make things easier, that I was good with them living with me because they didn’t need to be going up and down those stairs in their place all the time, and I’d have my own space.

Yes, there’s a huge room where I can entertain, and use the windows to paint by, and I can practice my music in there, too, because it’s big enough. I have a room I can make an office and library with floor-to-ceiling bookshelves. I have a bedroom and bathroom all to myself.

But then again, I feel a lot like I’m being placated and pat on the head, sent to do my little hobbies where I want…like a gorram child. Don’t worry your pretty-little-head about anything.

I figured last night, at last, that I really don’t want them living with me. I wanna live on my own, my own house, everything the way I want it. I don’t wanna try to be unobtrusive in my own home! I wanna make coffee early or do what I want wherever I want in my own home without worrying if I’m in the way or waking somebody else up! Hell, every time I’m over there I try to make the littlest noise possible because I dunno their schedule and their sleep–I’m going to be living on eggshells now?

I need to talk to my uncle, apart from my aunt, and get what he has to say about it. I want to tell him these things because he’s less likely to go through the roof and he can give me advice on dealing with my aunt. She’s a force of nature and tough…and no wonder I’m easily ridden over.

Hell, it’s her lawyer trying to get things going–I’ve never met the guy, and now I’m wondering, with all this stuff I’m doing, is he working for her or me?

But more than that, they might’ve given notice on their apartment already because there’s a couple months left on the lease…and if they did and I say I don’t want them living with me after all, I’m gonna feel like the biggest piece of shit that ever walked the Earth if they can’t retract it or renew it.

Hell, I feel bad just thinking about it…but this lack of private life and lack of my own space is part of the reason why I avoided dating. I know family worries, but it’s better if they’re 30 miles away and calling to ask questions, not 30 feet. It feels awkward, because what can I say or do?

I might’ve been an only child, but that doesn’t guarantee any semblance of privacy.

I just hope they haven’t sent their notice in to the landlord, or that he’s willing to renegotiate and give ’em a better deal to stick around. My uncle could tell me more about that, and I sent him a text seeing if I could talk to him today, because I’m sure time is running out. I don’t wanna bring it up to my aunt without knowing the answer to that question yet. 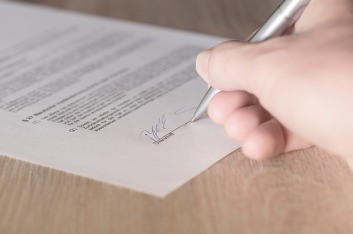 I just wish I’d thought of this sooner. I can do this “alone thing,” just need to know what to do and how the financial situation will work out, and get a new job to take care of myself better. That’s what I need the most…because I’m tired of living by somebody else’s rules or for their convenience more than my own.

I’m praying that their notice thing isn’t final, because I’ve picked out the floorplan I want for myself, practically perfect, and I’d like to transfer that deposit to this new place instead.

And praying that I can get my uncle to meet me somewhere today (my treat) and talk a while about all this. Because this ignorance is killing me right now…and I’m not talking about the migraine.