Dad came home today, in a very shiny pewter urn with the paperwork I needed for all the damned legalese meant to prevent greedy idiots from trying to take away all he built.

The urn was heavy and bigger than I thought it would be, but nicely engraved with dad’s name on it. In the middle of all this crazy week of moving things around and cleaning up, I made sure to create a perfect spot for him: in between his service flag and a bottle of Glenlivet 12 that he liked so much.

Before chemo took his taste buds away, anyway.

Driving home, I had my hand on the top of it to keep it steady in the passenger seat. I never know when some idiot will come to cut me off out of nowhere, after all. But it felt funny, like a scene from a movie or something, because I started talking to the urn.

No, I didn’t pull an Orlando Bloom from Elizabethtown and end up going on a road trip with the urn strapped to the seat. For one thing, I have to work in the morning, and for another, I’m low on gas, and last but not least, my dog wouldn’t forgive me for going out of town on a whim.

And Orlando Bloom’s character didn’t have frozen pizzas and coffee creamer in the back of his car to deal with. But I digress.

It was more knowing that with all I’ve been doing, trying to clean this house and get rid of things neither of us cared about (but were too tired or just gave up the hope of ever removing from the premises) and think about how I want the house to look and my place in it…I’ve still not had my breakdown.

My uncle thinks I’ve just kept myself too damned busy to feel, which is strange because when I do sit there and try to feel and just be in the moment, I’m more sleepy than anything else. I’ve had trouble reading books because when I get more than a few minutes to sit down and rest, I want to curl up on the couch and sleep.

Maybe I’m worn down in a lot of ways I couldn’t even imagine before, or did, but put out of my mind for a while.

All I know is my dad’s got a pretty good spot in the house, and I’m not in as much danger of doing something I was afraid of most of all: erasing him. It felt like I was doing that every time I tried to move things around or decide what goes and what stays, because things were always a certain way.

That’s what the urn is at this moment–a reminder that he’s been around. It’s not his house anymore, but he’s not gone from it completely. While I might be excited in a sense that I can buy furniture I want (when we get the legalese cleared up–modest furniture, by the way) and set things up how I’d like them to be, to make it my house…that was my worry.

And that was the closest I got to breaking down. I couldn’t bring myself to think of the next five minutes for most of that first week because I mentally jumped between the present moment and some spot in the universe ten thousand light years away.

I was too in shock to break down. Now I’m still waiting for it, but haven’t been able to or something hasn’t let me yet.

And then I stopped thinking about it entirely. But the urn and the death certificates are driving it home, even as I was driving them home. It doesn’t get much more real than some stark, bureaucratic words on a typed certificate with elaborate borders. 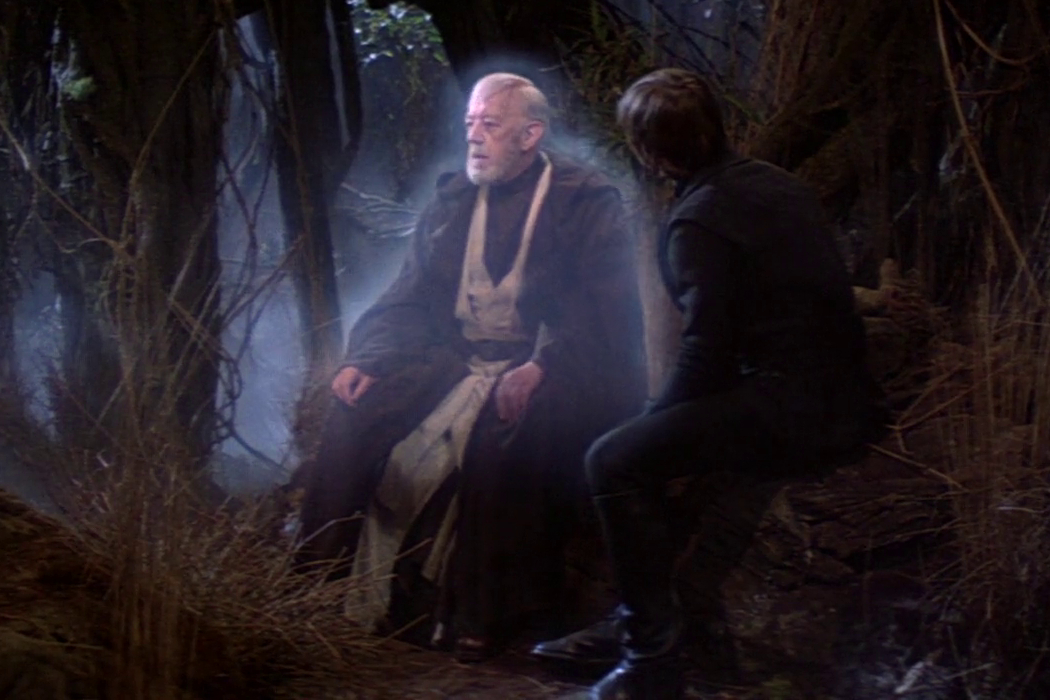 No Obi Wan-like apparitions in this house, just a lot of not feeling and feeling tons in shifts.

I think I’m mentally fried. I needed a reminder that stuff never meant much to dad. I’m not overly sentimental with what belonged to dad in the house for the most part, because heaven knows he wasn’t sentimental about his own stuff. So much of what’s in there was in dad’s room and he never had too much. He bought things because he liked how they looked, or they were investments. Unless it was a gun, he wouldn’t hesitate about buying anything for any other reason.

So, I’ve got lots of things here he intended for me to sell at some point.

And there are some things he thought were kinda “whatever” but I would never sell if I could help it. Those things have a history, and I’m finding more of them as I go along, like a collection of Looney Tunes drinking glasses he got when they gave nice collector items like that at fast food places. I forgot which restaurant, but he’s got about 16 of them).

I have to admit, I can’t let his booze collection stand there and gather dust for another decade, but can’t bring myself to sell it, either. He’s bought bottles because he liked them, liked the look of them, and drank very little. I’m ambivalent about alcohol myself…I am too hesitant to become a drinker by habit (upbringing issues and all).

But at the same time, I’ve been tempted to try some of those recipes I’ve seen on Bar Rescue at some point…just need some better tools.

And I suppose that’s something we shared when we were getting along. I watched it more than he did, but even he would binge-watch Bar Rescue on a good day.

So, his Glenlivet bottle will remain up there (seriously, it has the man’s name on it and everything, courtesy of the Glenlivet Appreciation Society), with his shiny urn and service flag from the funeral home. I’m trying to find more Navy memorabilia among his things to make a shadowbox or flat frame display, but dad had things all over the house.

That side project will take a while.

For now, I’m going to wipe my fingerprints off the urn and shine it up, have some pizza, and get one of his open bottles of whiskey to make a whiskey sour.