My week’s been a blur. I haven’t been on the internet in days, because less than three hours after I finished the post that ended up scheduled for Wednesday, I got a call from the police to get home ASAP.

I’d just been writing about my dad and me in the past week, and how I felt. And when I got home, I was 99% sure he was gone. Several police vehicles and an unmarked van awaited me; no ambulance.

I just didn’t know how bad I was gonna feel about it right then and there.

I’d expected a slow decline, not a sudden drop. And he hadn’t said anything to me about feeling worse or anything. Nothing more than him being eager for me to become more comfortable with his mower and truck and so on. But as he didn’t want to ever go back to the hospital–because they couldn’t do anything for him that he wasn’t already doing for himself–perhaps I should’ve expected it.

If the doctors said there was a new procedure they could try out to stretch his airway, and he was just being stubborn and saying “no,” that would be a different story.

It took my uncle to remind me of something I hadn’t thought about in a long time. My dad had been on and off of a feeding tube for roughly eight years. I don’t know anybody who’s lasted that long on a liquid diet and with a painful incision to boot. Neither did he.

He was hurting, and though I was in shock and still have yet to break down and curse the universe and break things… he’s not hurting anymore, and I can be satisfied with that. 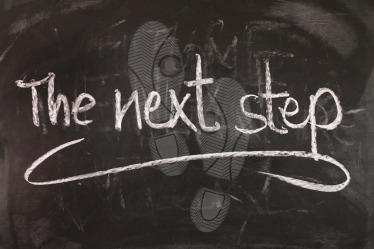 I think this is the first time in a while that I’ve been alone since I heard the news, and that’s giving me some time to think. I’ve tried in fits and starts, but it’s all about what to do and where to go and let’s just say my days have been plenty full, even as my mind has drifted between saying “he’s gone” to remembering with my aunt and uncle all these crazy things, stories he never told me.

Even with all this going on, I laughed more in the past three days than I have in three months. I still talked about dad in the present tense most of the time. Nobody called me on it. I guess they figured it’d sink in eventually.

And then there were things I never knew. My dad was a good person, generally, a good neighbor and helpful as all get out. And there were some people I’ve known since I was in diapers (or knew of) who stabbed him in the back a few times, and yet he was still friends with them. People have swindled and stolen from him and he just let it be water under the bridge, but didn’t tell me.

Granted, I’m a nervous babbler as it is, so maybe that’s a good thing, but when I learned a few things, let’s just say I had my head on a swivel with some of the people there. The trouble is, when he keeps doing stuff to “protect me,” and doesn’t tell me things, it can lead to some bad choices, that’s for sure.

Sheesh, the man’s dead and he’s still doing the overprotective father thing. Yes, I’m not prepared to live alone and don’t know squat about how to do so, but I have to learn sometime! He never seemed to get that. But let’s just say he provided me a clean slate to learn from, and that’s a start.

My dad had plenty of friends from life and work, but not many could show up (and I had very few phone numbers and addresses to track people down–the curse of having a father who thinks updating his address book at least once a decade is too much hassle). I knew some were coming from work if they could and felt apprehensive. I wasn’t dressed to the nines myself, and we kept it low-key in a way I think my dad would appreciate. That was worth it alone.

I knew, though, if 1 or 2 certain key people showed up, it would have a positive vibe, and that’s what I wanted the most. I think if we had the traditional service with a minister that didn’t even know him up there (I always seem to end up at those kinds) saying all these generic good things with a bunch of hymns or psalms, I would’ve lost it. I couldn’t take being somber about it all, though we sure weren’t dancing and singing either.

It’s a bit weird to think about laughing at stories next to the urn and flag display in a funeral home chapel. Like me, being in a room full of people staring made him nervous. But I think it eased the tension, made it okay to feel something and not stare at each other or fall apart.

I’ll probably do that later today, or this weekend when nobody’s here to see it. It’s not a strength thing, but I just don’t want to get that reflexive “oh, poor baby” and a hug when I’m finally crying, as if I don’t have to cry and should stop.

I have rarely had an emotion that was NOT the kissing cousin of my own brand of general anxiety or depression in months, and dammit, I wanna feel something, be able to put a finger on it! I want to have it be real and feel it, and listen to it, and get over it and move on for once!

Dad had everything planned out, everything so I wouldn’t have to guess at what to do next or fight for what was mine against unscrupulous “friends” of his.

Ironic how I didn’t realize how right I was when dad asked if I’d go with him to his friends’ houses for chats, events, whatever, and I said “they’re your friends, not mine.” The older I got, and the worse dad’s health, I became less comfortable in talking to them. The questions just didn’t feel right some of the time, like they were prying more than being genuinely concerned.

I have a bad habit of TMI (as my aunt rightly calls it) and am “too nice” and might be guilted into saying or elaborating on something that’s none of their business. We’ve known too many “concerned parties” in our families that’ve started picking things off the walls or out of the drawers before the person was dead yet, so I’m being extra cautious.

As much a nice guy as my dad was, generally, he could have a temper, or his humor could go too far. Adam, from the last post, was one he used to visit a lot when he was well. But I quit going with dad to see him, though I grew up with the man’s daughter off-and-on over the years. Something about Adam and dad being around each other just didn’t work for me. Adam actually came over and helped dad fix our house a few years ago. I chose to just stay out of the house or in my office, or do anything else than be around him, because he was a major teaser (okay, let’s just say “bully” and save time). And dad would pick up on the vibe and they’d both be bullying.

I didn’t like dad when he was around his guy friends too much. He’d start posturing and being mean-spirited. Like with mom, after 30 years of that behavior, enough was enough and I wasn’t going to be participating in it anymore. It gets old when you’re the but of the joke, the teased for decades on end.

That’s just the way it was. When he was in mixed company, men and women, he was a lot of fun to be around and interact with. Everybody gave and got in equal measure, so it didn’t get mean.

My days have been full of trying to get everything written down and done, balancing that with my perpetual fear of screwing up, and being under my aunt and uncle’s thumb a bit because they know a helluva lot more about all this post-death preparation than I do (lots of ill relatives they’ve had to prepare for, and lots of harsh lessons learned). I appreciate that, but I finally got home last night (after treating Bessie to a short trip to the beach, she’d never been before) and looked around, cleaned up a little, and slept in my own bed…eventually.

At least my dog and my gun were there. I’d been alone in the house before (dad did take vacations, occasionally, or went hunting at the deer lease), but dad had always come home before.

We were not huggy and close, but we knew each other was there. That’s what’s making this tough–he won’t be anymore…but others will.

I’ve been up since 4 a.m., and we’ve been running back and forth all over the place all week long. No more fast food (that’s probably why I’m also tired), so I threw out all the rotten food I’d left in the fridge before and got some good clean food from the store for us to nosh on while we clean this place and get rid of some things.

My aunt and uncle will be moving in in a few months, but unlike before when I wondered what my place would be in this house, it’s kind of interesting. I mean, they’re NOT going to become my surrogate parents. They’ll take over half the house (it’s a mobile home, a long one), I’ll do the other half, and the kitchen is communal. It’s like two little apartments in one place this way, and we’re doing a major renovation.

That gives me a bit of relief, because dad planned for me to be able to make this place the way I wanted to. I always felt stifled that I couldn’t make changes, and he wouldn’t pay for any. Now, I can. So, I get a sense of independence (and no nagging about cleaning my room). Better than that, the place is too big for one person, and I wouldn’t want to sleep in the master bedroom.

I would always think of it as dad’s and probably stay in my hole in the wall instead.

I may end up moving my bedroom to the opposite end of the house, however, because I know we all snore and will keep each other up (hee hee). And, if I get up crazy early, and they fall asleep on the couch, I’d definitely be waking them up. That might drive us all insane.

So, they’re on the way. I need to make more coffee and get some more organizing done. I’m sure more odd feelings will come out of the woodwork, but I did need some physical therapy this weekend–throwing broken things on a burnpile instead of letting them sit there sounds like a good start to me.