I think I saw it this morning, or maybe I mistook what I saw because I was distracted by my own dog. I don’t tend to take her out in the morning right before work, but she was on the leash and I wouldn’t have to chase her everywhere to get her back in the house. After all, you know, squirrels, rabbits and her Frisbee are more important than me getting to work on time and in dry clothes.

And so I was in the front yard, plenty of morning light, when I saw a pickup truck slowly turn the corner onto my street, and I noticed a dog next to it. My initial thought was it was slowing down for a dog, since I saw it’s door open and it was right there.

The trouble is, I don’t recall if the dog was there and I thought they were picking it up because it ran away, they were opening the door to see if it wanted in, or they were trying to abandon it.

Either way, I saw the truck use another driveway to back out, and the dog was still there.

And then, probably 10 or 15 minutes later, after I’d put Bessie in the house, fed her, and walked to my car to go to work, this brownish-gray and white dog was coming toward me from across the street. I can’t be sure it was the same dog I saw at the end of the road, and for all I know, I’d seen this dog before.

I just can’t tell–so many dogs and my neighbor has quite a few herself. I probably oughta go see her in the afternoon tomorrow and see if they know who the owner is, or if it’s theirs (sometimes visitors come by and bring their dogs, but I don’t know).

I left the house around 6:45 a.m.–late for me, actually–and didn’t get home til about 8:30 p.m. I parked my car under the carport and the same dog was sitting on the top step of my side door, wagging the tail like crazy. I had to tell it that it wasn’t my puppy and I was sorry because I already had a dog, and that tail was just wagging away.

It didn’t bark or growl at me, and looked friendly.

Which sucks, because with that tail going a million miles an hour, I wanted to pet it so badly and be nice to it.

If my internal monologue had a look, that might be it.

Well, dad told me it had been hanging around all day, and barked a few times (which is how he knew it was there), and my dog didn’t go outside all day because that dog was there. I just put Bessie on the leash and took her out front.

That dog didn’t budge from my back step until my dog swung us around the back of the house (she’s picky where she goes and was curious about the dog she’d been smelling all day). Well, that dog was friendly–didn’t bark or growl at her or make sudden moves. My Bessie was begging to go and make friends with it and sniff it, so I let her close enough for that.

They just sniffed faces a bit and I got Bessie away from the other one. That dog finally left the back door for a bit and followed us slowly around. I was trying to make it keep it’s distance, because it was getting really dark and I didn’t know if there were a bunch of fleas on it or anything.

And there’s nothing less appealing to me than my Bessie turning into a 45 pound hairy brick because she doesn’t want to take a bath.

I came back in through the other door. It didn’t chase us down to try to beat us inside or anything. I just find it weird that it wanted to be smack against the door the way it was.

Then again, I just realized. I’m hearing booms while I’m typing this, and the 4th of July’s around the corner. The poor thing’s probably scared of fireworks.

And Bessie’s under my desk right now, being stroked by my feet to calm her down a bit. Poor thing.

I just wonder if it ran away from home, in which case, I really don’t want to scare if off if the owners come. Dad thinks it was abandoned, and maybe it was the same dog I saw earlier. Maybe it was, I don’t know…or the dog I saw stuck around the truck because THIS dog was in there.

I just know that this dog seems friendly as hell, and when it comes down to it, it’s an awfully dick move to have somebody abandon a friendly animal like that as the summer’s only getting hotter. And I’ll probably be up all night because of this…and the ball of fur at my feet, too.

But as soon as I mentioned the summer heat, dad suggested maybe I should put a bucket of water out there for it, just in case. I was surprised by that and asked if he really thought so (last time I was going to do that for a thirsty animal, he gave me the “you’re a dummy and we’re not keeping it around” look).

So, I got an old plastic sherbet bowl and filled it with water and put it outside under our other carport. But that dog wasn’t budging from our back door, so I went out the front, with another sherbet bowl, and let it drink and enticed it over to that side of the house. It followed the bowl (and me) and I put it down, hoping it would be distracted enough for me to go back in the house.

No such luck. It followed me, tail wagging like crazy. and I had to tell it to sit down, and no, it wasn’t coming in.

And then I touched it’s nose, making it wag more.

I couldn’t help it.

It looks healthy, might just have some fleas or itchy skin (with the dirt around here, I itch myself). Probably a very-recently abandoned or lost dog, then.

I didn’t give it a thorough petting or nothing, just touched it’s muzzle briefly and told it to stay. When it sat down to scratch behind it’s ear, I was able to get in the house and shut the door.

I haven’t heard a peep the past 30 minutes. I hope it doesn’t howl mournfully that it can’t come in, but if it hasn’t done it all day long, it probably won’t.

Either way, part of me hopes and part of me dreads the possibility that we’ll keep this one. Dad said “put water out, but that thing’s not coming in the house.”

It was so dark, I couldn’t tell if it was a boy or a girl.

And then I got to thinking about vet bills and expenses and another bed.

Aw, hell–would I consider keeping another animal in the house?

But it’s not my decision.

If it was, and I didn’t have to go to work tomorrow (and had money to spare), I’d try to keep it around, give it a bath, take it to the vet for a diagnostic, and name the darn thing.

I hope it is just lost and not abandoned. But knowing the way dogs show up around here, abandoned is far more likely.

And I hope somebody can take it in, if dad won’t.

Because I’m damned close to feeding and naming it.

Why do people have to suck so much, with each other and with animals? Why do they have to hurt beings that trust and care about them in return?

I don’t know what kind of dog it is (I’m bad about breeds and mixes), but that dog seems pretty sweet.

It just makes me so mad that someone would just “get rid of ” a dog, throw it out like some people do bags of garbage when they don’t to haul ’em to the dump (assholes).

But that’s what happens when you live out-county. People make their own rules, and hell, the Sheriff’s office says you can shoot a dog that’s harming your own animals when you’re out county, no problem.

So, Animal Control would be pointless unless the dog was actively harming other animals, or diseased, or rabid.

I hope it’s owner comes looking for it. If it’s still hanging around when I get off work tomorrow (and probably come straight home)…I don’t really know what I’ll do. 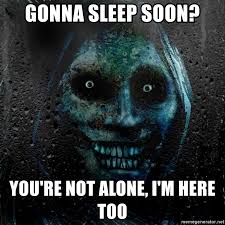 7 thoughts on “Another Abandoned Dog, or, Why do people have to be so damned lousy?”