I’ve never really understood why somebody would deliberately make somebody else’s life a living hell, but I see it more often than not in the few times and places I’ve dined out and shopped at.

True Story: Several Thanksgivings ago, my dad was in the hospital and my aunt, uncle, and cousin had come down to see how he was doing. There was a Denny’s across the street, so we went there for lunch. We were a couple tables away from a family of 8 or 9 people, but I had a hard time telling because the kids were moving around all the time, up and down from their seats.

The one waitress (who was our waitress, too) was there being super helpful and trying to get ahead of the mess best she could, clearing the table and trying not to drop things on the little darlings as they moved around her. I didn’t hear a raised voice and as far as I could see she held her temper. I couldn’t even tell what was what left all over the table and getting trampled into the carpet.

I couldn’t help focusing on our waitress, and what she was trying to do. We were probably a bit more than halfway through our meal when the adults at the table finally gathered their kiddos and one of the men went to the register to pay the check. Then I saw something I thought couldn’t be right. The man who paid said “thanks a lot,” pulled out a $1 bill, and nonchalantly dropped it on the table while the other adults laughed and hustled the kids out.

Our poor waitress looked like she wanted to cry. All that hell, and these “people” had the balls to LAUGH while letting their kids take the place apart and give her a $1 tip. Maybe he paid the little bit of gratuity for large parties at the register, or maybe not, I don’t know. And I know they had to’ve been laughing at the situation because they didn’t start laughing til he’d put the $1 at the table. I bet they haggled down the “suggested gratuity” on the receipt–if they had to pay it at all–and that’s why they left so quickly.

It was Thanksgiving. She worked her ass off, and these people laughed at all the trouble they caused her. We left about 15 minutes later, and I hung back a bit as she was getting our table. I think it was a $5 I had in my pocket left over from gas. I waited and I gave it to her straight away. I had to tell her that as far as I could see, she hadn’t done anything to deserve what those people put her through, that I don’t know anybody who does, and I thanked her for what she’d done for us.

I doubt it was a crazy, life-changing moment for her or anything like that. I won’t give off airs like it was, but I know I was right in how she was feeling. She did look like she wanted to cry, and was going to just duck her head and put her nose to the grindstone and clean up the messes and get the next table, like a pro.

Something about that behavior really rankled me. Over the years, I’d gone to a few restaurants (mainly Denny’s because I could afford it) and when I’d sit down and order, I tried not to make the server’s life more difficult. My family never ate out much, so I had to give myself a crash-course in proper dine-in etiquette.

I also admit I could probably be labeled a “bad tipper.” Again, my lack of experience at work, and all the controversy over tipping amounts confused me. But I had one strict rule I followed. Usually when I showed I would be there long enough for two different shifts to be there. I’d close out and tip the one, and start a fresh ticket under the new server, so that they could be ensured a tip, too.

I realized later that it might be low, but it was within acceptable bounds.

I think they were okay with me doing that because I’d make sure each got tipped, and it got an extra meal out of me for the day (I tend to think of buying food as the “rental” price of a table and some quiet to work on my research papers. Seriously, I almost put the wait-staff from Denny’s on the dedication page for my master’s thesis, but my mentor thought it wasn’t a good idea).

I also volunteered to be the guinea pig customer for new hires and newly-trained servers. I could give some gentle reminders and feedback, and they could take their time with me because everybody knew I’d be there a few hours and wasn’t in a rush. That might’ve helped with the jitters…or at least, I really hoped so.

I started doing that because I was appalled at how mean some people could be toward wait staff. I mean, from huffy demands, getting loud and constant complaining while the staff are running around in peak hours…that just made no sense to me. I learned that some people explaining “this is my first day and I’ll do my best” usually helped, but sometimes you’d get some haughty customer rolling their eyes like “dammit, this’ll take forever now.”

Seriously, we all have to learn our jobs, and so do servers. So, let them do the best job they can and don’t berate them every step of the way.

That’s the way I think about it.

Hell, just this morning, I had a new barista who’s getting used to the POS system. He was having some trouble locating things and I made sure to be patient. he made a couple of mistakes and needed some help (and kept apologizing). I just told him what I tell everybody: you’re learning.

Nobody seems to have patience anymore. Everything must be learned, achieved, done immediately, regardless of the time-space continuum, experience, or physics. It sucks.

I understand that some service people really suck at their jobs, either because they have the worst attitude about it, or they’re improperly trained, etc., but in my customer experience, that’s incredibly rare. I also am just appalled at treatment of servers in general, even when they’re doing everything right.

Servers, waitstaff, hosts, or whatever you want to call them, are not SERVANTS! I hate how many are treated by people who could’ve stayed the hell home and boiled ramen for dinner instead.

And after insult after insult, and mess after mess, I rarely see the staff get backed up by management.

That’s the big question to me: how much are service workers supposed to take? And it’s not just wait staff–it’s anybody that works the service industry at a lower level, like sales-associates and cashiers and all that. I mean, what is the fear of managers versus customers that they’ll let their employees hang in the wind?

This is what angered me when I was working at the Halloween store. So many customers would flaunt the rules we had established about how many items could be tried on in the fitting room, the rules about not trying on wigs and pantyhose, etc. Just about every customer demanded things to go their way, and heaven forbid somebody steal. What the hell could we do about it?

I hate thieves, and am livid about how prevalent it is in retail. I asked one day if somebody’s stealing, or suspected of it, what can we do?

I never got an answer. 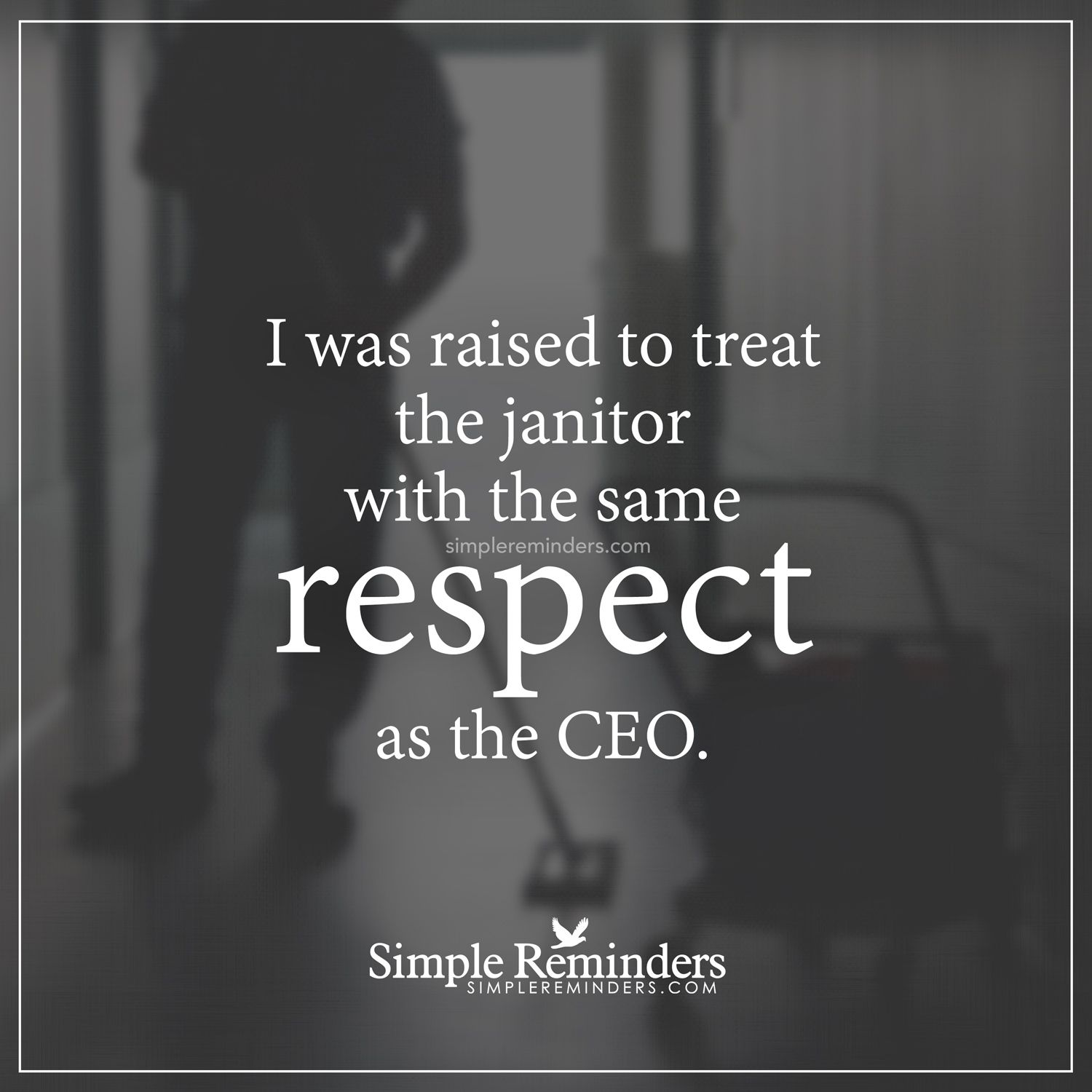 Or maybe I learned that on my own… either way, people work hard all over.

It’s like thanks to cameraphones and such, managers would rather turn a blind eye instead of risk becoming a YouTube sensation out of context. When business really picked up, I would be walking around collecting empty packaging from the floor, putting costumes back in bags, marking shrink, and emphatically tapping the signs that said “NO TRYING ON WIGS” so the girls who removed the wigs from the bags would know. And I’d stand there and keep tapping the sign til they put it back in, and if they put it back on the rack, I’d take it away and put it in damages.

A couple of them pretended not to know English and that’s why they “didn’t understand the signs,” but I’d heard them reading packaging out loud in the next aisle just before, so I knew it was bullshit.

It’s times like that I wish I knew how to be a bitch, but if management can’t get on the ball to back it’s employees, there’s no wonder there’s a theft culture within the job…and outside of it. But that’s another story.

I wanted to badly to throw customers out of the store if they were caught breaking the rules. And when we had security, they were useless. I never saw them walk around the store and people were ripping things right off the walls and shoving them in their bags.

And then customers bitch about rising prices. Idiots.

The waitstaff are the most obvious people who need help, but sales associates and other people in the service industry need it just as much. I mean, when it comes to confrontations or disagreements with customers, reasonable or unreasonable demands, etc. HOW MUCH SHIT ARE SERVICE PEOPLE SUPPOSED TO TAKE?

Where is the line for managers between customer service and backing their employees? I’d love to know that most of all, because I agree with a lot of the articles I’ve read so far to answer this question: management apparently will bend over backwards for guests just so there’s no negative Twitter posts or something, even if the customer is making up complaints to get free stuff.

I want to cringe when I hear about things like that, and I’m sure I’ve seen it once or twice. Honestly, if your food was cold, tasted awful, wasn’t cooked right, why did you wait til the check came and you’d practically licked your plate clean? You could’ve said something a lot sooner.

I’d be hard pressed not to try and get in the middle of a discussion if some customer’s clearly on a power trip or gaming the system to be a cheapskate. I’d probably back the server every time, because I’m around ’em enough to see the work they do and to hear the comments behind their back.

5 thoughts on “#065–How much crap are service people supposed to take from customers?”