It’s been some beautiful weather, and two days in a row, Houston’s had two major police chases. Ah, Spring has come, with lovely sunny days and perfect temperatures for the first time in months.

Which begs the question: who the hell wants to hang out in a jail cell on days like that?!

Wednesday had a chase go through southeast Houston, more specifically Pasadena. I caught the last 10 minutes of the lunchtime chase and was glad that it ended with very little damage and nobody hurt.

These guys in the dark SUV were in and out of neighborhoods and the highway, and it ended in an industrial parking lot (from khou.com, 3/21/18).

Then, a man got in a fight with his new wife, a shot was fired and the cops were called. He hightailed it out of there and thus began a weird, slow chase through Baytown (east of Houston) and into Houston, going around for a good hour and change. 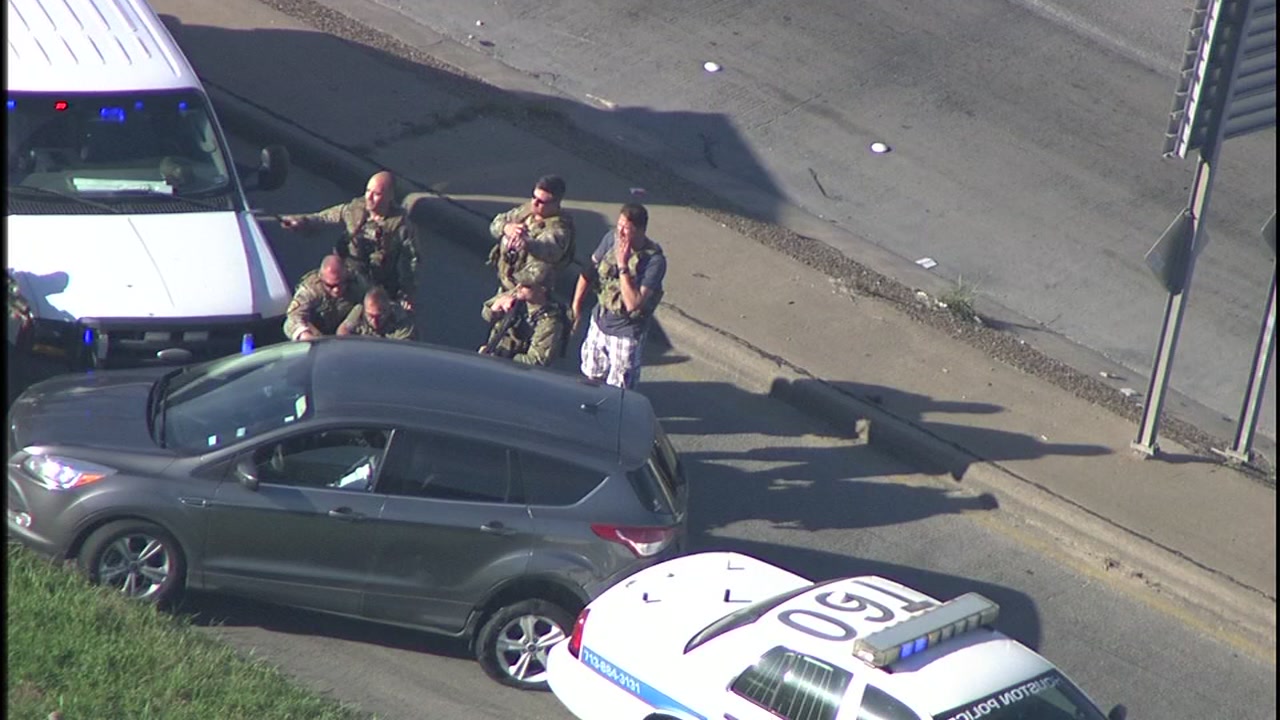 I know some people who–after this guy tied up I-10 and Houston traffic for a freaking hour–would’ve loved to have gone in there, yanked him out, and beat the crap out of him. Good thing the cops were there! (from abc13houston.com, 3/22/2018)

But when watching the footage, I couldn’t help wondering about the suspects. Let’s face it, helicopters are hard to ignore–at least in this area. And these guys in each case had to know they were firmly in the sights of the eye in the sky, whether the news choppers (which were most likely going to share info with the cops), or “cop-ters.”

Now, I’m sure in some cases, like if you’re in a motorcycle, the possibility of being able to evade isn’t so far-fetched. But when you’re in an SUV, and a nice, big vehicle, how do you plan to evade the cops when that chopper’s following your every move and reporting what’s happening?

I’d love to know what those guys are thinking each time. I mean, once the chopper’s in the air, you’re pretty much cooked. You’d have to find a way to evade before that thing gets there. Some statistics from LAPD indicated that at most 18% of chases end in the suspect getting away.

But I wonder how many of them didn’t have the police choppers involved.

Seriously, what are these people thinking? And what’s so bad that they need to haul ass and get away from the cops, endangering themselves and others on the road?

At least in Houston most car chases don’t tend to have as much property damage as the highlight reels on World’s Wildest Police Videos or anything like that. Frankly, if somebody causes property damage or hurts people while on the run from the cops, I think that in addition to their “evading police” charge, it would be fair to make them pay for all damages incurred in the chase.

I get mad when I see the footage of suspects with their tires going flat and gouging up the roadways or tearing down traffic signs and poles with their actions. They should pay for every bit of that maintenance work.

But I digress–seriously, why bother getting in a high–or low–speed chase once you know the damned chopper’s got it’s eye on you? How can you hope to get away in a vehicle or on the freeways?

I just can’t get the mindset there. Does the suspect hope the chopper will run out of gas first? Good luck there.

Besides, that’s what backup and multiple choppers are for.

Anybody have any answers or been wondering the same thing? I just can’t figure out why they would bother.

Especially if you make ’em mad enough, you might get these guys in there:

4 thoughts on “#063–In police pursuits, why do suspects still bother trying to escape when the helicopters join in?”