I viewed this book as my own personal version of hell when I first read it several years ago. Social media and smartphones have become staples in the time since then, and now the book has taken on a more dreadful tone.

Fahrenheit 451 is the book about a fireman, Guy Montag, who is paid to start fires. More specifically, he is supposed to burn books and the homes they’re found in while the police arrest the inhabitants.

His wife, Millie, is empty-headed and barely notices him, obsessed with the noise in her ears and the “parlor walls” which are luxuries installed in most homes to produce meaningless drivel for participation and entertainment. Guy meets a new teenage neighbor, Clarissa, who is brimming with life, questions, and is “crazy.” She walks and talks with him as he heads down the corner to work or home.

Then one day she’s gone, and he begins asking his own questions about his life and why he’s so dissatisfied with it.

And when he’s called to burn a home with a woman who refuses to leave her books, he takes one of them before the place goes up, and a chain of events occurs that Guy’s not sure he wants to stop, even if he could.

The world envisioned by Bradbury scared the crap out of me, not because of its loss of hope and the violence, but because some of it’s rather revealing today. Children hating and killing each other (and adults sometimes), neighbors that barely connect and always stay inside in homes without yards or porches to speak of, the prevalence of commercialized culture, mindless entertainment in your eyes and ears all day long…

At least for me.

Heavens, what a story, and just imagining a world where reading books is punishable by imprisonment and/or death. There’s a moment when Guy has had enough of the empty-headedness of his wife’s friends, how little they care about anything real, and he just lets them have it.

I know it’s a mistake for him, but I can’t help cheering what he said to the brainless ninnies. I would’ve lost it and punched them in the face instead!

But if you haven’t read it yet, it’s a major warning. It’s not just about burning books, but what they represent. Probably one of the best (and scariest) quotes of the book is right here:

Capt. Beatty: Cram them full of noncombustible data, chock them so damned full of ‘facts’ they feel stuffed, but absolutely ‘brilliant’ with information. Then they’ll feel they’re thinking, they’ll get a sense of motion without moving. And they’ll be happy, because facts of that sort don’t change. Don’t give them any slippery stuff like philosophy or sociology to tie things up with. That way lies melancholy.

And probably my favorite one, told to Guy by a man named Granger, recalling his grandfather:

“‘Stuff your eyes with wonder,’ he said, ‘live as if you’d drop dead in ten seconds. See the world. It’s more fantastic that any dream made or paid for in factories. Ask no guarantees, ask for no security, there never was such an animal. And if there were, it would be related to the great sloth which hangs upside down in a tree all day every day, sleeping its life away. To hell with that,’ he said, ‘shake the tree and knock the great sloth down on his ass.’”

Ah, I love that image.

Great book, and one I’ll keep for always.

Now, I’m going to watch one of my favorite (and creepiest) Twilight Zone episodes, “The Obsolete Man.” (the 2nd creepiest is still “Time Enough At Last,” both with Burgess Meredith, of all things. 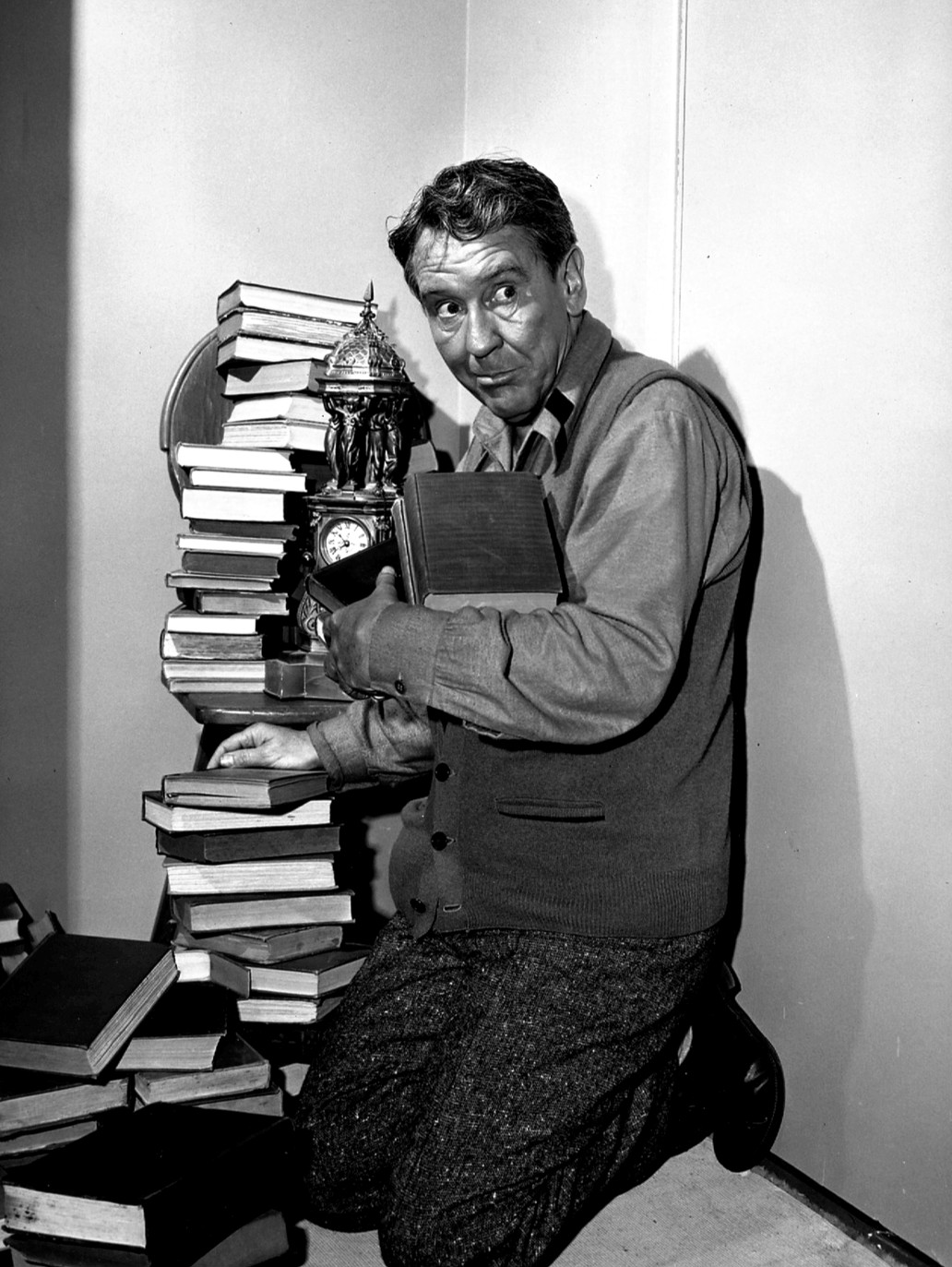 Amazing. “The Obsolete Man” is a great companion to this book, now that I think about it…hmm…

2 thoughts on “Fahrenheit 451, by Ray Bradbury”