I refuse to watch most cable news programming. But living where I live, I can’t help hearing them once in a while. Last night I was making tea and caught a few minutes of whatever-her-name is and Vicente Fox on a certain network, and it just annoyed the hell out of me.

I’m at the point where I refuse to watch most cable news programming, and have been doing so for a while. More than that, I’m irritable about them because a certain channel’s programs are on all the time at my house. I was making tea and caught a few minutes of one program, and just couldn’t stand it anymore

I’ve noticed the downward trend since I first started voting, and never quite saw it as obviously and viciously as I have on that FUX “news” channel.

It makes me wonder why anybody with even a liberal lean would bother showing up to be ridiculed and torn apart on that channel. But because of our lust for blood, even if it’s just verbal, other networks engage in the same base bullshit.

All I saw in those five minutes while I waited for the water to finish boiling so I could make my escape was Mr. Fox trying to elaborate on something the host brought up, and she just kept harping on one thing. It wasn’t even the point he was trying to make. I thought it would’ve been a great moment to give viewers a taste of what Mexico thought of NAFTA (straight from the horse’s mouth, so to speak).

But she kept on going (when wrapping it up). “yes, we know NAFTA’s been good for Mexico.” And I don’t even think he was addressing that, at least not the way she seemed to want him too. He was trying to elaborate and she just kept freaking interrupting.

I am awful with people in conversation, and I do get excitable and interrupt. But when I realize that’s what I’m doing, I’ll catch myself and slink back and ask the person to please finish their thought. I feel embarrassed when I do that, and it’s very unintentional, so I want to let them speak. 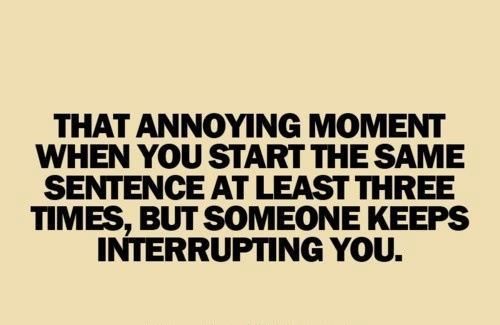 But she just railroaded over him. “Fair and balanced” my ass, especially if you won’t let your guests finish a thought. I don’t know why that network bothers keeping that fictional label alive.

Seriously, when it comes to one of those hosted programs that aren’t the “news,” so to speak, why does the opposition bother to show up? I bet there’s a template of behavior that these people–

Okay, what do we call these programs, anyway? Are they “editorial programs,” “edutainment” (yeah, right), “news commentary,” “ego trips,”? My money’s on “ego trips.” Anyhoo–

I used to see it all the time: When the hosts get guests that have a similar worldview or slant and they’ll sit politely and ask just a few questions to get the ball rolling, get the subject talking and maybe interject (either politely or excitedly) a question or clarification comment or two. That goes on for a few minutes and then at the end, they look each other in the face and wish the other the best, as the host moves on to smaller stories, the interlude before another interview or big story.

When the host gets a guest that differs in viewpoint, I haven’t seen much difference between when they’re on the air from an alternative location or on the set. The person maybe gets 10 seconds after their introduction to get a start on the topic at hand, and gets interrupted continually. The host ten takes a few snippets of what they’re hearing and either tries to finish their sentence for them (and is usually wrong) or they generalize the point the person is trying to make. This makes the subject look off-kilter and the host look smarter.

I wouldn’t be surprised if there was a guidebook for how to do the job, a basic template hosts must work off of at the FUX channel, and when the opposition’s on, it looks and sounds something like this:

GUEST: You could say that in a way but—

GUEST: There’s more to this issue. To go back a bit, the (whatever for about 5-10 seconds)—

HOST:  But we’ve been seeing this __________ (host then begins reviewing the topic aloud for the audience and re-envisioning the guest’s own viewpoint, which will inevitably skew its meaning somehow. Then…) Is that what I’m seeing/hearing here?

(at this point for the next 5 minutes, the HOST attacks the GUEST’s words and doesn’t let them get a word in edgewise. Then.:)

HOST: Well, that’s all the time we have for now. (averts eyes, minor frown on face). Thanks for coming.

GUEST: (usually awkwardly or annoyed and trying not to show it). Thank you.

HOST: (to audience). So, we’ve heard from ___________. (the brief summation translates loosely into “Honestly, who would listen to somebody like that? They can’t even defend their argument!” Cue beaming smile of triumph and imaginary applause).

…or something along those lines, with minor revisions. But I’m sure the audience comes away thinking about the guest like this:

Never mind that the host has home-court advantage and can cut to anything else any time they want. They can cut mikes, they can dismiss and interrupt all they want.

If cable news actually had like a point/counterpoint thing, where we get to understand what different sides are talking about and what they’re seeing on the issues, then we could understand each other better.

Everbody, Kumbaya, you know the words…

Sadly, the few programs that allowed for intelligent discussion and understanding of current events are from media’s bygone eras. Nobody wants to learn, they want to be right. At least, nobody in the media is much for discussion and education, if the cable news shows are anything to go by.

I would pay attention if there was actual education involved. But on these programs I’m not learning a damned thing, except maybe what the host thinks. I want to know more than that. As the old saying goes, “opinions are like assholes, everybody’s got one.” 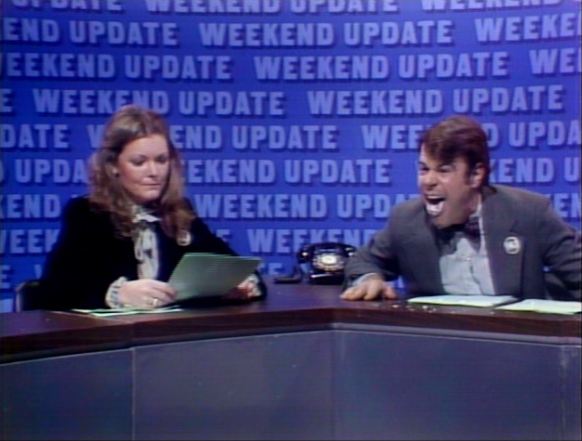 So I get aggravated when dad wants me to hear about something he heard from FUX news, and I just say “I don’t care” and leave. Frankly, I don’t think it’s possible to learn anything useful about current events from those “ego trips”, unless it’s a psychological study at work.

I wonder what’s going through these guests’ minds when they go on these programs. I’m annoyed on their behalf. I can’t even imagine what they’re thinking.

Well, I guess the reverse question could use a chance, too: why do these hosts bother having opposing-viewpoint guests on their show if they’re not going to let them explain their viewpoints?

I have a feeling that one will be easier to answer.

3 thoughts on “#054–Why do guests whose political views differ from their hosts on cable “news” shows even bother to show up?”