There’s something about music that reaches in, even when you haven’t heard a song (or an album for that matter) in a decade. Then, when things are just right–or wrong–it grabs you out of the blue. That’s what happened to me last night. And it led me down some strange avenues of thought.

I was trying to unwind and browsed for inspirational quotes and things to get my creative mojo going. Sadly, my fiction muscles are sprained and need a stretch. Well, I started browsing lists of song lyrics and videos to go with them to make sure I remembered the song.

My moment hit with the first six notes from the guitar on “Wake Me Up When September Ends,” by Green Day. I actually bolted upright, in shock that I’d ever forgotten it, and just as abruptly remembered it. When it came out just before the 2004 election, I thought it was just a raw, emotional song.

And after not hearing it for at least a decade, somehow I remembered most of the words. And before I knew it, I was crying, and had to listen to it over and over and over again.

It just hit something inside of me that I can’t explain. I mean, I haven’t encountered loss like the singer did (and I’d heard the story about the song), but it was so raw it just made you feel it.

That led me to looking on the shelves for my American Idiot album (because I’m one of those still in love with her CD collection). I woke up extra early this morning because I couldn’t stand it anymore and am listening to the album for a second time. It hit me on the drive in to the coffee shop how how apropos this album was, in the angry days before the 2004 election.

And how startlingly apropos it STILL is, though the anger has shifted to a new target in a way.

I think that’s why I was crying when I heard some of the songs. Listening to the whole thing–twice–is like experiencing some break in the time-stream, where the past and present are right there together.

The album basically has two different “arcs” that still go together: political anger and disillusioned youth. Some songs are more about one thing than another, but they fit rather well, even as each song has it’s own thing going on: Here are some of the highlights below.

American Idiot is flat out amazing, angry at Dubya’s administration, but could be flipped around to comment on any presidency, especially with it’s lyrics about the media:

Then there’s “Jesus of Suburbia,” a five-part song that changes in tone and drive as it shifts and speeds along, following the fictional character who will change over the course of the album. I’ve bumped into some of the youth described in this song, listless and disrespectful, a mutual apathy between busy parents and younger kids. Blame on both sides…shame the divide’s only seemed to widen in the “smartphone age.”

Even those who aren’t from “broken homes” can be broken in other ways: peers, drugs, you name it. I think this song has great examples of that.

“Holiday” is another song about politics and war, and the lyrics are just fabulous. And the “representative” part is just scathing…makes me wonder where the anger went regarding wars that don’t seem to want to end, and the people making too damned much money off of them for them to stop for good.

“Boulevard of Broken Dreams” is the song I still had memorized, and on a shitty day, it’ll be one I crank up nice and loud. Kicking myself that I forgot this one, because it’s just damned perfect for the way things were for me when it came out, and for me even today. I don’t know anybody who hasn’t felt this way that’s my age, though people in my family who don’t believe in depression wouldn’t be able to get it.

There are several great songs going on about Jesus of Suburbia/St. Jimmy and the problems of youth, leading up to what I call the magnum opus of the pain songs: “Wake Me Up When September Ends.”

I have a hard time singing this one because it puts a lump in my throat just hearing it. And at 3 a.m., I started to think of something else when listening to it. I began to think of the ways we hurt each other, and don’t seem to care. And I mean that as a society.

From what I understand the song to really be about, I know this isn’t it, but today, this is what it put into my head. I think about the so-called innocence of this country. And I think of the millions of lives who make up our society.

More than that, it’s contemplating the utter ridiculousness of us as an innocent nation. If there’s anything the past 20 years should have taught even the most naive of us (and yes, I’ll count myself in that category), it’s that we’re not an innocent nation and really haven’t been. And I mean even before 9/11 (and however the hell “Make America Great Again” is supposed to work with that narrative, I’d love to know). The viewpoints being thrust in our faces by “social” media of today and Green Day’s “subliminal mind-fuck America” media of 2004 are awfully similar.

In your face, present, and inescapable.

The violence and racism and xenophobia have always been there in some way, shape, or form. Even the most amateur student of history can look at past legislation and local histories and see that.

So why did we ever think otherwise?

Yes, I’ll be listening to this album a lot more in the coming months, a reminder to myself to pay attention and don’t get sucked along. Don’t get disillusioned about the bullshit coming down the line. Don’t become the figure in the album and just chuck it all in and self-destruct, lose all hope and sense of reason. Find a productive way to move on even when things are at their worst and people continue to disappoint you.

Time to work on something new. We can’t be innocent of pain anymore, and I don’t know how we can be oblivious to the pain of others every single damned day in this world we live in now.

That’s what I’m hoping to do for myself the most. That’s what I want to listen to this album for, to remind me.

Because part of me still can’t let go of the feeling that the past year and change has been anything but a bad dream, one that’s taxing a relatively quiet voice (physical anyway, because my mind can’t stop screaming).

And maybe, just maybe, we’ll all be informed, involved, and stay involved this year and beyond. It’s an election year.

And when November 2018 ends, I sure hope we’re all awake together. 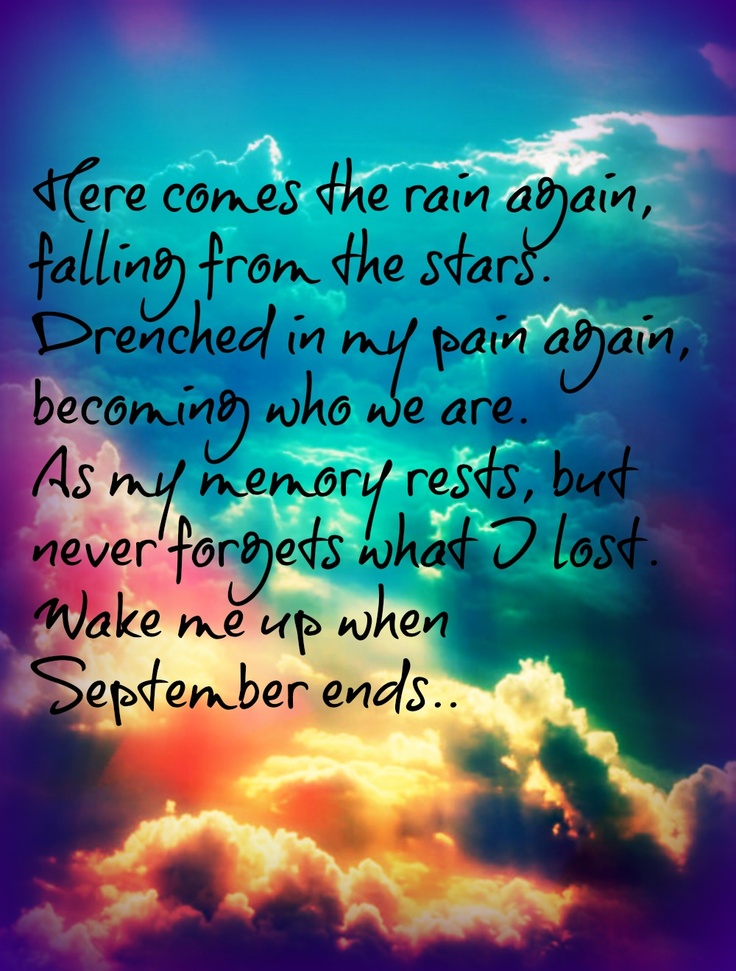