Or, if you hate being preached at, how do you deal if you ARE religious?

This is something that’s cropped up quite a bit, and I’d be surprised if the next one actually looked like Dana Carvey’s Church Lady. At least an elderly lady wouldn’t creep me out so much.

I’ve had a handful of encounters with women I’ve come to call the “busybody church ladies.” The last one was a few days ago and I couldn’t get over it, because they all were about the same. I hate to stereotype, but they had this weird tendency to give the same vibe. This last one was just more blatant than others.

On this day, it was a client I’d never seen before and had to help with a background check application. She had that look I’ve rarely seen except with these busybody church ladies. One might call it a quiet serenity, but I think I’ve seen plastic surgery addicts that had more facial expressions. I guess that’s why I call it the “plastic smile,” one you put on your face that’s meant to look real to everyone but is just off, perhaps because there’s nothing to constantly smile about unless your facial muscles just don’t move that way.

She also asked about what we do at the center besides background applications. I told her about test proctoring, SAT prep, tutoring, communicating with public schools, things like that. She said she home-schooled her kids and thought that was the most important thing she could do. Okay, some prefer it, some don’t, and I wasn’t gonna make a fuss–I had other clients waiting, after all, and wasn’t about to try and convert anyone to using our tutorial services…not her, anyway.

She also said it in this serene yet unemotional tone that made me think of The Stepford Wives for a moment. 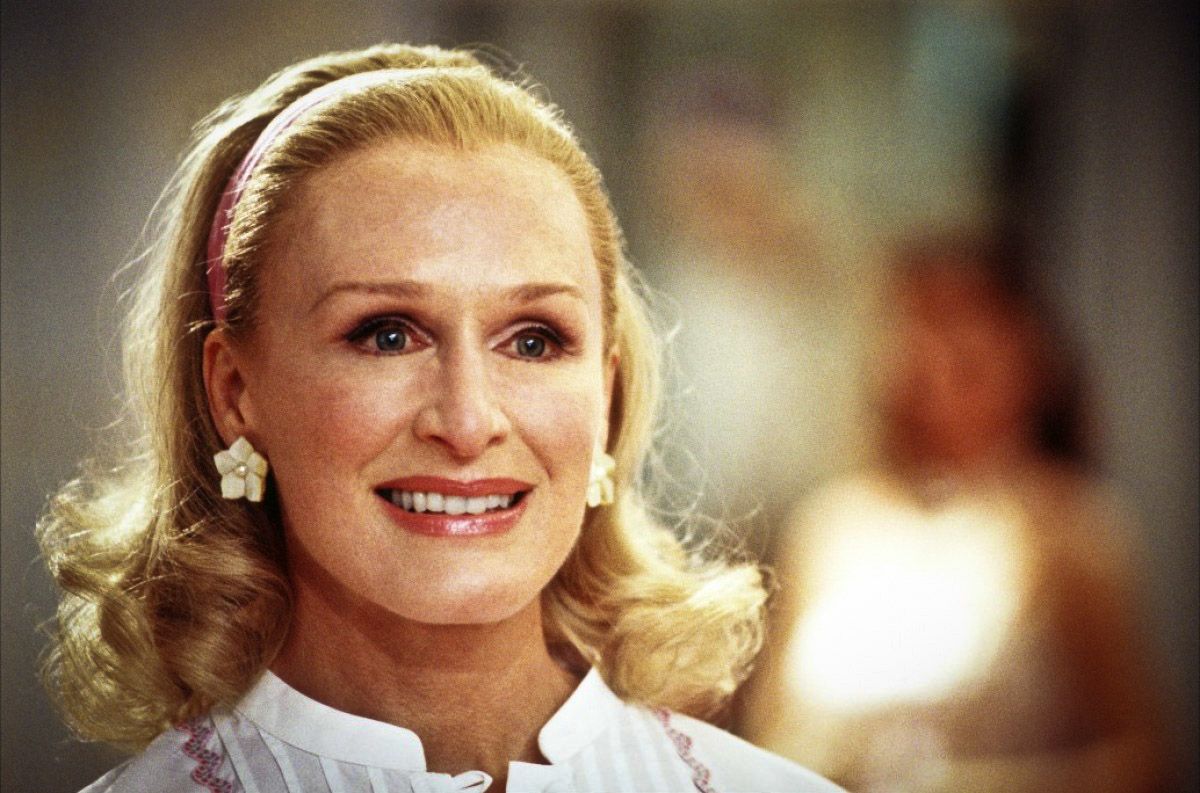 OMG, that WAS the smile I saw…just smaller eyes and straighter hair. And the smile never stopped…wow.

Even after that plastic smile, her one-word quiet responses (okay, so I’m not the best comedian after a long morning), the homeschool thing, the Stepford thing… I shouldn’t have been taken aback by what came next.

Out of the blue, she’s about to leave and asks me if I believe Jesus Christ is the son of God.

I don’t remember what I said, but I was probably vague as hell, clipped short to get her out the door, like “dunno, still thinking about it” while looking at the clipboard and trying to get the next client in the door ASAP.

I don’t remember her responses either, but she probably said a short prayer over me to find the light or something and then walked out.

All I could think was “What the hell was that?”

Seriously, what did I say to make her ask me that? Did she see some book I had in my bag that made her wonder about me? I’m pretty sure I didn’t have any of the philosophy stuff lying around recently. Did I make a dumb comment that made her think I was going to hell? I doubt it–applications don’t give much fodder in their wording for eternal damnation-worthy jokes, anyway.

I was just floored. Too weirded out to be offended, really.

Too annoyed to be absolutely pleasant and lie.

Too bad a liar (and too fond of my job) to reply with a plastic smile of my own, beaming at her in fake joy over the Lord’s grace in my life…or whatever.

What was she expecting me to say? And why the hell would she?

Why would she ask that? That’s a belief, and a personal one at that. Nobody’s business but my own.

That’s what drives me batty about this whole thing. A small part of me nearly snapped like a rubber band and replied. Jury’s still out on whether my response would’ve been “I consider that a private issue and will not respond” or “none of your damn business”.

I felt like either one. I just mumbled and called out the next client as fast as I could. But it bothered the hell out of me. Still does, obviously, if I’m chucking this out to the Ether to get a response.

This has happened probably half a dozen times, and always by complete strangers. Why the hell do some strangers feel they can just go up to you and ask you that question?

Now, if we’d gotten into a discussion about religion, I can see that question coming up and being relevant. But we weren’t. It was simple small talk and a sense of humor during a rather boring application process. That’s it. I said nothing about God, heaven, divinity, anything.

So why do some people ask complete strangers “Do you believe our Lord Jesus Christ is the Son of God?” What the hell response are they expecting?

Maybe I should start throwing a copy of The Essential Koran or Buddhism for Dummies on the desk just to mess with people if I want to be passive aggressive about it. Or a picture of this guy on my desktop just to blaspheme a bit:

I’m judged often enough by people every day. I don’t need you condemning me to hell on a pretext, busybody church lady.

Hell, sometimes my kiddos in tutoring will ask similar questions and I have a hard enough time telling them they need to respect that religion and politics aren’t up for public discussion because they don’t know who they’ll offend. I’d get the blankest looks from kids who’ve gone to some Christian schools, like they’re totally baffled that not everybody may believe something as obvious as what they believe. I just say it’s practice for being polite and leave it at that. I feel uneasy because a lot of these kiddos are too young to question anything (especially politics) and I’m certain they’re just parroting what their parents have been saying.

I’m sure we all did the same thing growing up til we learned to read and think for ourselves…usually in our late teens somewhere, because we weren’t prepared to in 2nd or 3rd grade.

I might live in the Bible Belt, but I thought the “belief in Jesus” question counted as one of those things under the religion umbrella of non-disclosure in mixed company. Guess I was kidding myself.

So, what response do you or would you give to someone if they asked that question, or one similar to that? What could someone say to make them drop the subject or maybe think twice about asking that question of complete strangers again?

I get that some people are big believers and want to share, but that’s damned personal to ask somebody out of the blue. I can’t lie and pretend I believe (I’ve mentioned that craziness before), and I won’t for the sake of somebody else’s feelings or vindication of them.

This won’t stop nagging at me. I just want to have some good ideas because I feel I’m not far from snapping the next time around. I don’t want the defensive, sarcastic demon to come out and give ammo to how horrible a person I must be if I don’t believe (grumble, grumble).

9 thoughts on “#052–How do you deal with “preaching” strangers in public when you’re not religious?”