This is beyond New Year’s Resolutions (which are already on shaky ground). This is about an over-arching goal I need to work on, to keep it simmering in the background as I try various other things. I discovered this goal probably a week after writing those initial resolutions.

In 2018, my goal is to do whatever I can to start the process of moving out. Getting the hell out of Dodge. Having my own life and home. Stupidity be damned.

I’ve had this idea before New Year’s Eve, when it finally came to fruition. It was kinda out of the blue and partly based on hurt feelings this time. I know they say you shouldn’t make major decisions while hurt, but this was something that was a slow burn, a long time coming.

My dad and I just aren’t getting along. And after writing about how I don’t feel close to my family, how this doesn’t feel like my home anyway (I just live here), and how I keep staying in this damned rut…. let’s just say it’s time for something completely different, and maybe I’m ready for it at last.

A year and change of trying to open my mind to the world, of trying to understand what it is I need (and getting some ideas in the process, thank you), and I’m still here–grousing and paralyzed.

So, last-gasp-of-2017-hurt-feelings started the ball rolling. And then I popped in a Blu-Ray copy I’d just bought of Dune (1984). That sealed the deal in my head.

Yes, I’m sure that sounds just as odd in your head, too, reading that.

This got me looking at my old inspiration notebooks. I have about 9.5 spiral journals full of quotes about life, love, positivity, determination, etc., from everything from artists and actors to prize-winning scientists and politicians.

But the film, in it’s not-so-odd way, reminded me of something all those quotes and all the issues I’ve had over the past year danced around but I never quite acknowledged.

Probably my favorite non-action moment of the film is with Jurgen Prochnow’s Duke Leto talking to Paul (Kyle MacLachlan) on one of their last nights in Caladan. I ended up watching the whole scene several times, and think it’s remarkable in its simplicity and profundity:

Okay, and I like his voice in that quiet moment. Dunno why.

I’ve been writing it in my morning pages ever since. Every day I make sure to write “The sleeper must awaken” at least once. It’s a catalyst for change, which in a way, the entire movie was about–one young man having to become who he really was, regardless of opposition or pain.

So all the hurt, the aggravation, the frustration, and the myriad of little negativities have something to try for: change. Not to say I can move out right away, or even this year (though it would be nice). This is all about prep-work.

This is a crisis of self.

NOT a mid-life crisis.

A mid-life crisis presupposes that there was some semblance of life that I’d built up to, that I’d had what was supposed to be the goal and the achievement, complacency, and then woke up and it wasn’t enough.

A midlife crisis is what I’d probably have now if I got the stable career, the marriage, the house, the kids, and then woke up wondering what else I should do with my life to make it even better; not scraping by in a few part-time jobs, still living at home with my dad, and dateless and socially absent for over a decade.

At least, that’s the way it seems to be for guys in the movies.

Admittedly, I don’t know anybody who’d admit to a midlife crisis, male or female, so I have no real-life frame of reference here.

But I’ve been on a slow uphill climb trying to GET the very things that others already have earned or found before their crises. I have given up a few times, resigned myself to not being able to change…I guess you can call that complacency. But more than that, I haven’t found anything that makes my own life worth it.

And I have to make it work this year. I have to try. I’m 34, and at the rate I’m going with my personal dissatisfaction, I won’t live to be 40. 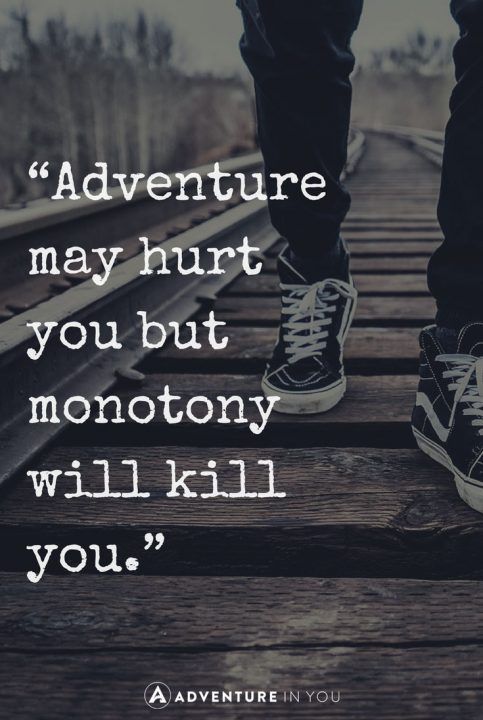 I’m at the point where this finally resonates with me…boy, how screwed am I?

I know life is supposed to be worth living, but I’ve been so careful to look at my position realistically. The way things are right now, I barely have a few pennies to rub together and have thousands in credit card debt due to impulsive previous spending (and some necessities when I had no work hours, and college courses, etc.)

I lost count the number of times I gave myself the talk, the logical argument of the broke fraidy-cat. It made sense to live at home and save my money because I don’t make very much and I’d be living rent-free. It made sense to stay where I already had a stable job (or relatively stable one) and not make waves. It made sense because I didn’t have enough money or talent to make other decisions.

And the more I hear about how expensive apartments are, I’m horrified. Most people I know who have to apartment-hop do so because they pay more for rent than I make in a good month. Safe to say, it wouldn’t work out.

At least, not as it stands. I have a standing offer to move in with my best friend, which would be in another state. But hell, I don’t even have money in reserve right now. I haven’t saved enough (and when I have, it goes straight to paying my taxes, which is why I’m waiting til after taxes to get a more thorough assessment of how screwed I am and how much I can get done the rest of the year).

Yes, I haven’t saved. I didn’t know what I was saving for.

I had nothing to save for! At least, nothing I could see. I just went along, and didn’t realize how long I’d just “gone along.” I don’t have anybody and I couldn’t see the future even if it bashed me over the head. I wasted my time just trying to make it day by day, not understanding that I needed to plan NOW for something else. For a life away from home. A home of my own.

I just couldn’t see it. I still can’t, but I know it’s out there.

But that meant no money to pay down my debts faster or save up for better. Even if I sent every cent possible to pay for my debt I wouldn’t have it paid off this year, but I can knock some pretty substantial holes in the mess.

And have a game plan ready for 2019, a more realistic, planned out one. If I’m lucky, it’ll be much sooner.

This is a sample of my life at the moment: I’ve signed up for MasterClasses out the wazoo (all-access passes are Godsends). I want to learn all I can in music, writing, film, etc. (but give them due diligence by tackling only 1 or 2 teachers at a time). I’m stuck and I need some extra skills and inspiration to get me going strong.

Dad can’t understand, or won’t. We’ve got a fantastically fucked up gender and generational-divide he can’t stand acknowledging. Mom is not much better, unless I want only half-an-ear, lecturing, and “you need to believe ‘all is well'” to be her grand summation each time. That’s never worked very well.

My pseudo-sister is about all I have, and I hate putting all this on her shoulders, but she’s a quiet force of positivism, and the ‘verse knows I need that.

I need change. At long last, I acknowledge that I need more than a change of mind, but of action and all that change entails.

The sleeper must awaken.

With this crazy world and 34 years of breathing and taking up space, this sleeper must awaken.

And she will, bit by bit, goal by goal.

The sleeper will awaken. 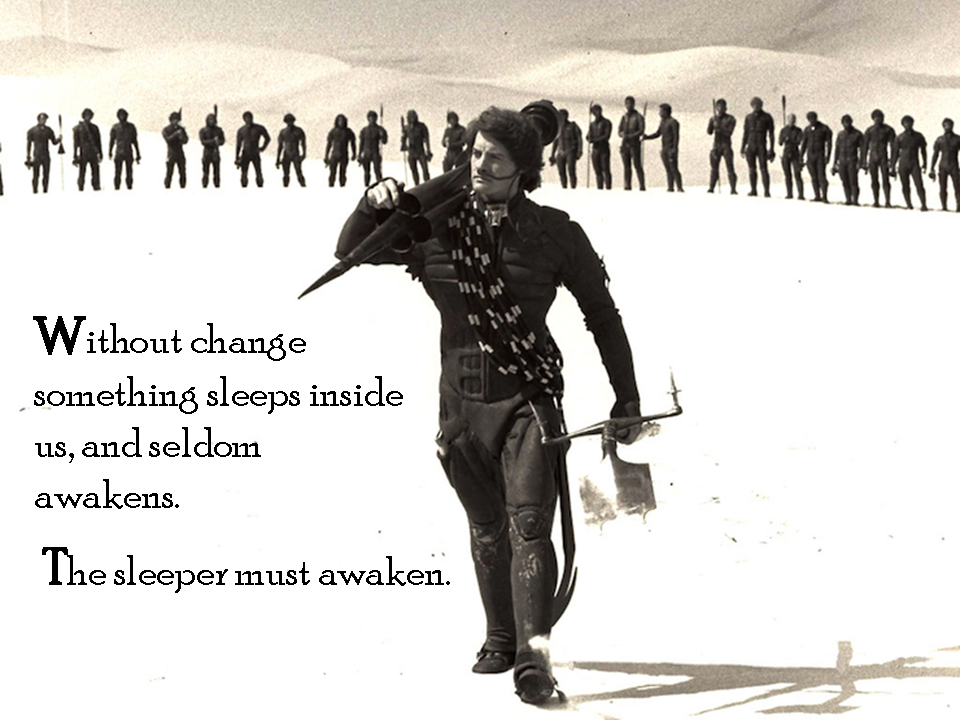