Well, it’ll be closer to “finished by Thanksgiving,” but “Year of Shakespeare” has that rhyme thing that sounds better…and if I fall behind it may well BE a year.

I’ve had an awkward relationship with Shakespeare’s works from day 1. It kinda sucks when the only way you have to experience the Bard is through your high school literature classes–and they’re always the damned tragedies, never a comedy. Or they’re movies that have to “jazz it up” or “modernize” the work to a point where the intelligence and wit feel gone.

I was so desperate to avoid Shakespeare in college I took a Mythology class instead. I don’t regret it–it was a great experience and opened me up to lots of possibilities. But I just wish I knew what I was missing. All my teachers in high school did was say “it’s an important play, so read it.” I wanted to learn more about his contemporaries, about the world he lived in, and why we know of him so well. Did everybody else’s writing stink so badly? Why him?

Never got an answer, so I didn’t bother going forward.

But over time, I’ve found myself wanting to understand Shakespeare better and read his other works, to give the Bard another chance to reach me. He’s influenced so many writers over the centuries, and most of my favorite actors perform Shakespeare on the stage. The way they speak about Shakespeare in interviews and how they feel performing the work (especially Tom Hiddleston) make me want to actually read Shakespeare, and I’d love to see it on stage again…after I’ve read, of course.

Never thought that could happen, really, but it has.

So, Mondays are for Shakespeare. I spent the past few days reading the introductory section, seeing the best way to read these plays. In The Oxford Shakespeare: The Complete Works (2nd ed), the editors put the plays in the order Shakespeare wrote them in (as close as can be figured anyway). I’m going to go in the same order, though that means breaking up certain stories….but I wonder what I’ll learn about the writing and stylistic changes if I go through the book this way.

Hey, I figured if I’d read Shakespeare, I’d better just get all the ones that can be found.

So, plenty of plays, then there’s the sonnets and some various poems. They’re clustered together in their own section in the middle and I’ll be happy to get to those.

I’ll admit if I’ve seen movies or performances that use the plays, audio, or anything else that would maybe influence my opinion of the particular works.

Anyhoo, this is all intro. Shakespeare will have a home here on Mondays, because I’m really curious about all these plays I’ve never heard of or had the chance to read.

And yes, I want to read them BEFORE watching the BBC’s The Hollow Crown series 1 and 2 performances…that will be awesome to see. 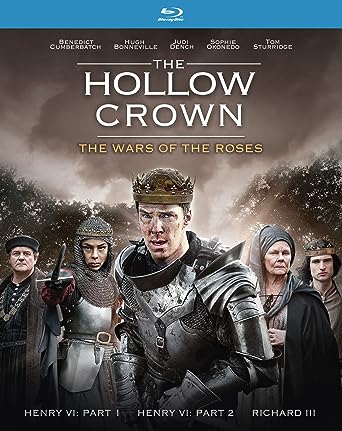 But I promised myself I’d read first, so read I will…

Boy, this will take a while…but it’s gonna be interesting.

One thought on “A Year of Shakespeare–Tackling the Bard’s works one at a time from “The Oxford Shakespeare: The Complete Works (2nd ed.)”, ed. by Stanley Wells & Gary Taylor”