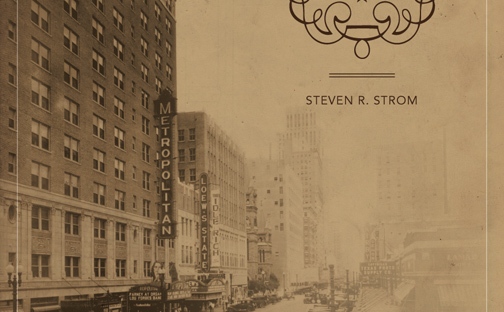 I lucked out when I got this book. It came to the bookstore in late January of 2010 and the store was closing by the end of the month. I hate when bookstores close, but it was the only way I could afford this one–marked down immediately for sale

Seriously, why are local history books NEVER on sale, at least never more than the measly 10% membership one typical of chain stores?

Anyway, Houston: Lost and Unbuilt was definitely worth the price I ended up paying for it. It’s not a coffee-table local history book, though it has a lot of pictures. It stems from articles Mr. Strom wrote about Houston and it’s ever changing city-scape. I’ve read other articles by writers who bemoaned the same thing, that if you leave the city and come back in a couple of years, there’s so much that’s changed.

I thought it was an interesting book to have because I wasn’t a historically-aware child and rarely visited Houston (suburbs kid) except for school field trips to the museum or something. I didn’t have the knowledge of history, and by the time I awoke to local history in the mid 2000s, many of the sites and buildings in this book were long gone.

Part of me wanted it to get dad’s take on the changes to Houston–he’s lived in the area his whole life. He started to get a bit nostalgic, thumbing through the pages. I bet if we tried to go find his childhood home we’d probably not even find the street.

That was part of the point Strom was trying to make: we’ve lost so many part of our architectural history. Some buildings only have the original facade, but the interiors have been converted to parking garages or something else. I’ve seen some of those buildings and wondered what they’d been when they were used for their original purposes, like old department stores, hotels, etc. Some of the pictures look awesome, like places I’d love to drop in and browse around.

Houston is a city famous for its drastic changes, like a person who’s addicted to plastic surgery. The skyline doesn’t change much except for expanding slightly outward and upward–but it’s the smaller buildings around it that seem to be perpetually in danger. Somebody returning to Houston after a long stretch away from here would easily get lost if they relied on landmarks.

This book focuses largely on commercial and public spaces. Many, many more neighborhoods, apartments, and homes have faced the wrecking ball or been so changed through gentrification it’s strange and sad at the same time. Other books, chief among them Invisible Houston (which I reviewed in January) discuss the often abrupt changes to neighborhoods downtown, being pushed ever outward or marginalized through gentrification and that damned-freeway construction (but yes, an updated text on this issue would be great, because the city is in danger of losing all its past for nothing other than–comparatively-short–corporate convenience).

There’s been a lot of talk about preserving history that’s kind of geared up, but let’s face it, the power brokers who want more concrete and construction are going to have their say in this sprawling metropolis. It’s sad to see buildings going up that have no history to them or aesthetics to speak of. Nothing special.

Houston: Lost and Unbuilt has something else beyond the usual coffee-table book in that it had lots of architectural drawings (some of which haven’t seen daylight in decades), and a section full of concepts that (thankfully?) never became reality. I was struck by the concept monorail that we would’ve had here before Disneyland got theirs! 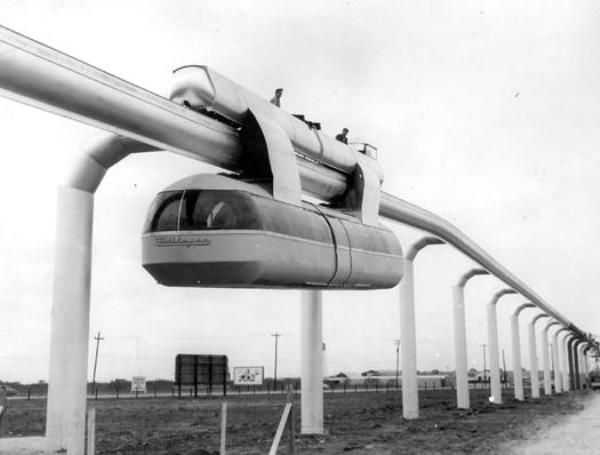 At least we have the light rail now…sheesh, tons of potential out there…

I recommend this book to anybody with an interest in local history, city planning, architecture, and people who like seeing odd things. As a resident of the metro area, I have no problem calling Houston an odd-thing itself.

I think this book gives a good glimpse as to why…

One thought on “Houston: Lost and Unbuilt, by Steven R. Strom”