I probably could’ve jumped on the #metoo bandwagon while it was still rolling strong, but I wanted to listen more than anything. I wanted to understand, because when it comes to social skills, I have few.

Then the texts came this morning.

Maybe it’s some twisted coincidence, but 10 has become a cursed number for me regarding a certain former co-worker. The first time 10 figured was when I’d quit the job (mostly because of his inability to get a clue that I wasn’t interested in dating him) til the day he confronted me about treating him like crap. I hadn’t said a word to him in ten months and figured he’d gotten a clue.

Around ten months after that 2nd confrontation, here I am. I was at work this morning, and had felt bad most of the past week with sinus pressure and pre-migraine symptoms. Most people were giving me space and heard about it, and I had a text from someone, asking if I was okay.

I sort of remembered the number, and asked who was texting me because it didn’t have a name on it. I scrolled through my feeds to see where else it came up so maybe I could put a name to the number.

Then I saw the reply text with the name. It was him.

I can’t remember the last time anything gave me actual chills. I actually felt tingling and the blood-flow reverse in my fingertips and I dropped the phone.

Ten months since we’d said a word to each other. Ten!

He’d been about to lay down a speech, angry and pleading for my attention while telling me all the things he’d done for me in the past. I gave little more than short sentences and terse answers, almost grinding my teeth while trying to stay quiet and calm. I was shaking that awful morning, and wanted to scream and pummel him into the ground.

If you want to understand more of what I’m talking about, this post will help. And this one will explain my concerns months after.

Amazing how I found myself shaking this morning, alone in the office, waiting for the clock to tell me it was time for customers to come in.

And I was waiting, making sure customers were already outside before unlocking the door.

And I considered checking my purse pockets for the mace in case he decided to show up and make a scene.

It took me a little while to realize that’s what I was thinking. 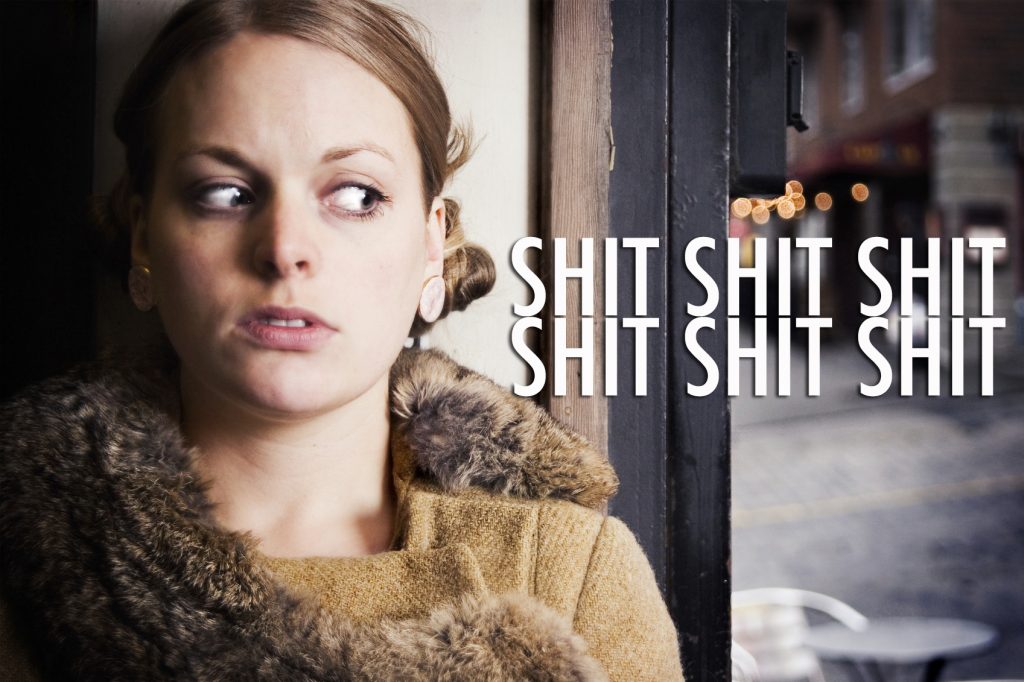 He didn’t threaten me, if you’re asking (at least, not in the traditional sense). He was too damned vague for that. Instead, he posted two more texts. The first asked me to join him in conversation before I blocked his number.

The second was clearly trying to goad me into conversation, enticing me to respond to his vague statement that there were lots of things I didn’t know that went on.

Somehow, I didn’t respond. I was too paralyzed to figure out what the hell I should do, let alone actually respond if I wanted to!

Maybe it doesn’t seem like much to some, but I was creeped out. I mean, it’s been nearly a year. Again, I foolishly thought I might be off his radar after all the events that took place earlier in the year. I figured he’d moved on and lost my number.

I actually ended up calling the person who talked to me about it before–back when we worked together in the same company–wondering if something came up on their end to make him try to reach out to me now.

I just never thought seeing his name on the screen would make my blood run cold.

Thankfully, business picked up and after my phone stopped dinging and I got a chance to do some busy work (heavy cleaning to the mental rescue) and make some phone calls to clients, the feelings went away for a little while. I also got to talk to one of my bosses about why I might be a little tense, which she thought was sensible and just told me to let her know if something came up.

It didn’t, thankfully, but I was still a bit antsy and paranoid, wondering if he’d show up. He used to know where I work, and probably still does if his keeping my number is any indication. I went home afterward and I’ve been here since.

I had to talk to my sister-friend about it. 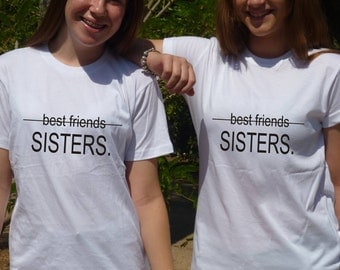 Hmm…maybe we oughta get those t-shirts…

We spoke over an hour and a half, catching up on everything we could and she was able to let me vent and calm down in turns, and I did the same for her when it was her turn.

I am still a bit antsy, I admit, but it’s far better than before.

What I can’t understand, and what is bothering me the most, is why now?

It’s been nearly a year, not a word, and suddenly out of the blue he reaches out?

I’d hoped like hell I was off his radar. And now the tension headache’s here again after it had mercifully abated for a night. I just wonder if something’s coming around the bend, and I can’t stop that awful thought from coming.

Seriously, aside from a couple–very awkward–kisses on the cheek and hugs he prompted that I didn’t want to give way back when…he didn’t touch me. Oh, he wanted to touch my hand and all, and had excuses to try and do such. He always tried to make me blush and I’d awkwardly giggle and move away.

He either didn’t notice or didn’t care that when I blushed, it’s because I was not comfortable, annoyed, and getting angry. But because I was taught not to hurt other people’s feelings my whole life…I stuttered and stammered when I should’ve barked out what was bothering me and make him knock it off. 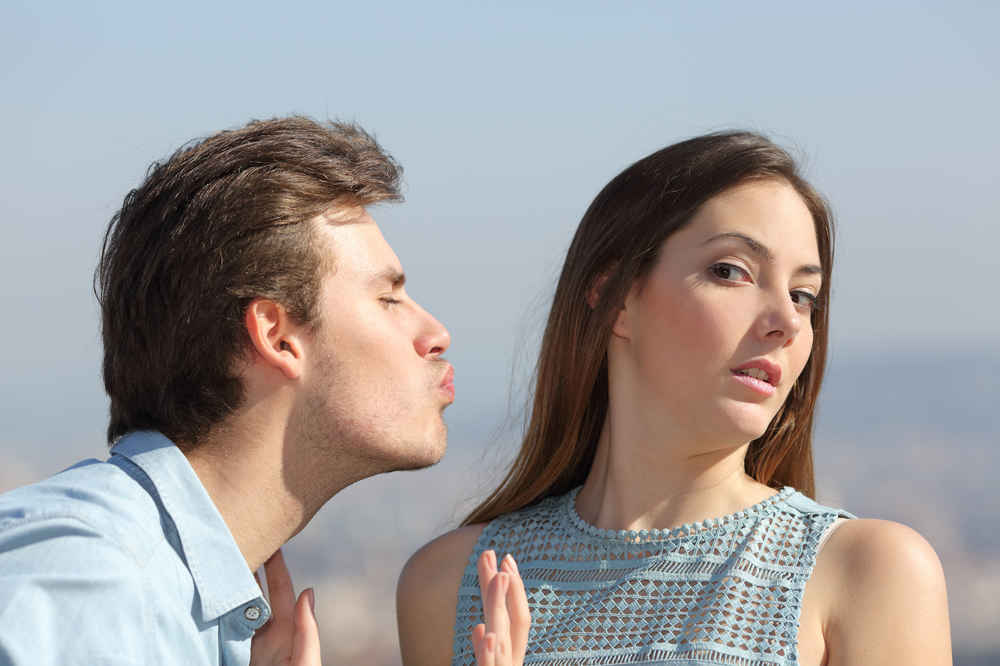 I wish I could’ve a lot sooner. Might’ve saved a lot of trouble…but considering how often he ignored my wishes when I did state them (he’d somehow apologize for the wrong thing or discount my concern), it might not have done much good, either.

Is it rational to break out in chills at a name on a phone?

Is it rational to be so afraid of someone who has barely touched you?

There are so many women who have posted in the past month about violence, improper touch, intimidation, etc. I was certainly intimidated and being too nice to prevent problems at work.

Wish I’d remembered that sooner. I wondered what was wrong with me.

I’m sure there’s a lot of things.

But at least I didn’t cave in to what he ultimately wanted: to take me out on dates and get away from the job together.

I slammed those gates shut so fast on reflex. I’m paranoid and bad at dating anyway. so maybe that awful, socially-awkward reflex (enhanced by a guilt-induced, prudish upbringing) saved my ass.

Because I can easily believe once he got me away from co-workers watching my back and my support structure, he would’ve tried to break me down and get me to agree to things I’d never want to do with him through guilting me or outright intimidation.

And my phone holds these few little texts, begging for a response, a conversation by which he can try to talk me down to whatever he wants to do.

The anxiety’s slipping. I’ve got a throbbing forehead vein to make The Hulk proud.

It took all day and lots of reflection, but thank God I’m getting angry instead.

4 thoughts on “I Can Be Afraid and Angry, Even When I Don’t Know Where to Set It.”