Previously titled The Accident, Day is the last book of the Night trilogy and the second fiction book of the series. I found this one a tough read, with questions that kept me going long after I closed the book.

Day is about an anonymous narrator who is with his girlfriend when he’s hit by a speeding cab. He is in the hospital for most of the book, going back and forth between his memories and the present. His relationship to the world is complex as a Holocaust survivor, trying to make his way in a world that tells him to live for now while he can’t forget the past.

The accident just makes him reflect, and since he’s stuck, he can’t shy away from the more difficult questions of people he knows who’ve come to see him…and how much or how little they’ve actually seen him. The narrator isn’t suicidal…at least, maybe not intentionally, but is indifferent to his own life. This struggle of his is the focus of the novel.

How does one live for oneself when so many others have died for no good reason? How does one honor them and live but not forget the dead at the same time? The narrator grapples with these questions and many more.

I had to re-read the ending several times. It’s rather open-ended, I think, and I had some mixed feelings on what would become the fate of our narrator. It’s sad, shocking, and I’m still thinking about it a few days later.

I think the Night Trilogy as a whole is worth reading, as each book is much different from the others, but they all have something to bring to the table. 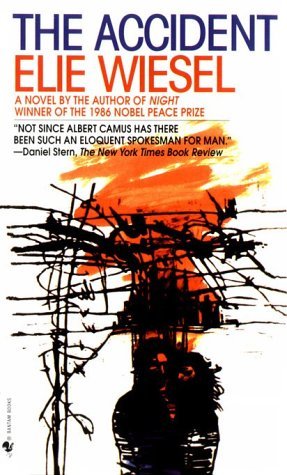 One thought on “Day (The Night Trilogy, #3), by Elie Wiesel”