Dawn is a surprising book in the mix. It hooked me, a story about a young man, a Holocaust survivor-turned freedom fighter, who has been tasked with killing a British soldier in retribution for the hanging of one of their Jewish fighters. Both deaths will take place at dawn.

Dawn follows Elisha as he goes back and forth between the past and the present in short bursts, and also between the living and the dead. There is some trickiness to the transition between Elisha conversing with the living and the dead, but you can kind of imagine it as a thought in his head and it’s much clearer. We learn how he came to be a freedom fighter, the friends he’s made, brief memories of life in the camps, and the dead he carries with him. He is struggling with his place as the British soldier’s executioner in the few hours before the sentence must be carried out.

Wiesel’s writing here is similar to that of Night, with an interesting flow that speeds and slows at unexpected points. Perhaps that’s why the book is only about 81 pages. It probably would have been a more traditional 200 page or so length if he wrote it in a more traditional narrative flow.

But the brevity works in the story’s favor. Wiesel emphasizes the tension, the thought process of someone on the raggedy edge and getting ever closer. I think it was just right.

Dawn also makes me want to do some reading on the time Palestine was under British mandate, and what happened in that transition between the mandate and the formation of the state of Israel. There is much here that’s sadly lacking in my historical education, and if I find some good reads about it, I’ll make sure to pass them on.

Again, like Night, though it is a short read, that doesn’t mean it lacks depth. 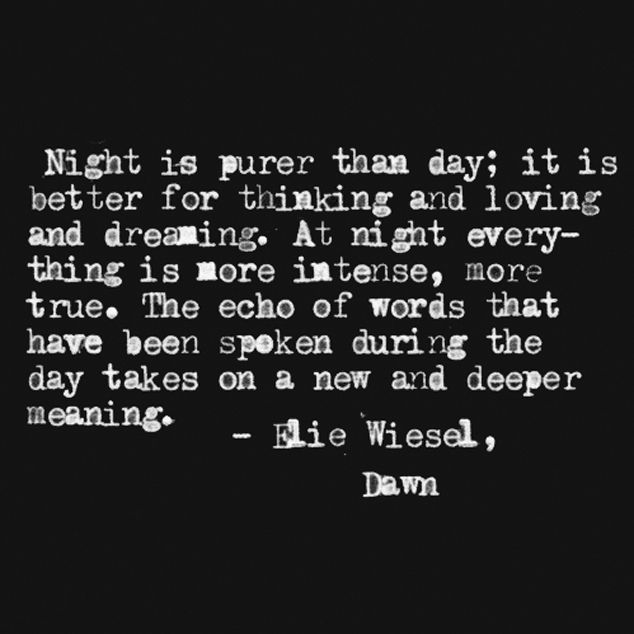