And I don’t mean movies about illness. I’m talking about those movies that are actually pretty good to watch when you’re sick and can’t move around much, and just want it on for noise or distraction.

Since I suddenly got a bad cold or something about 24 hours ago and am half out of my mind with pain and exhaustion, I got to thinking about my list.

I wish like crazy I could’ve slept the morning away, but I had to work because nobody else was available, and it was mostly a hellacious time. I hate being sick around people and had to fake that I wasn’t, but more than that, I had run out of tea by the time my replacement was supposed to arrive, and my voice had had it the whole last hour.

On the other hand, I’ll engage in corporate sponsorship and honestly thank Bigelow tea company for the awesome tea I drank with honey from my thermos to keep me going.

I made it home before I could fall asleep behind the wheel. Never do I want to do THAT again.

Ah, to embrace sleep…when the pain dies down. And then movies to help me drift and dull the damned noise of t.v. in the living room. I usually can’t sleep with sound (other than the fan), but REALLY can’t sleep when channel surfing’s going on.

So, my top 5 list of movies to have on when you’ve got the flu: 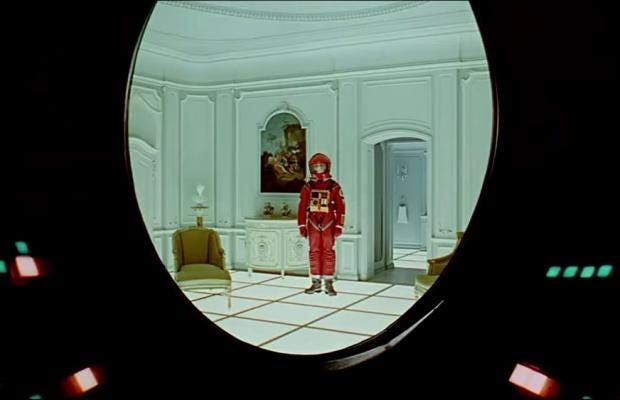 This one’s my newest flu movie, so it’ll probably increase in flu value once I watch it some more. It threatened to put me to sleep when I had night watches, so I had to leave it home.

I did a quasi-review of this film when I read the book a few months ago. Why would this movie make the list? After the initial “Dawn of Man” chapter, when the man-apes finally calm down, there’s so little sound and dialogue. What’s to distract you? There are no crazy explosions–action is quiet.

And the score. Well, other than some lovely classical music pieces, you’ve got that weird beehive chorus going on that does create a bit of a white noise when the monolith is there. (And yes, I end up waking back up when the damned monolith sends that radio signal out from the moon–god-awful noise)

I’ve said that only people on acid could possibly understand this movie, but NyQuil and a fuzzy head might be a good poor woman’s solution.

Great music, good visuals, keep it on low volume and let the classical music take you away. And if you’ve watched it a ton of times like I have, then hey, happy dreaming with some good old-fashioned Disney animation.

And I can count on “Night on Bald Mountain” waking me up so I can watch just about everybody’s favorite piece on the program (which I have to rewind to the beginning so I can enjoy the hell out of it).

Huh, I said something nice about Disney. Who knew?

For the record, I LOVE this movie. I’ve watched it hundreds of times by now, and Jerry Goldsmith’s score makes it a staple in my cabinet that I pull out a few times a year.

I get why most Trek fans don’t like it–it’s long, drawn out, and doesn’t have the characterization and feel of the old TV show or the movies that came after. As someone who grew up watching the movies, THEN going back to see the t.v. series, it took me a while to get what the hate was about.

I love the visuals. I admit it, and pair the weird effects and the moments with “the Cloud” and the long, long lovely score, well, I can fall right into dreamland all I want.

I just keep it on low so “red alert” doesn’t wake me up every time. 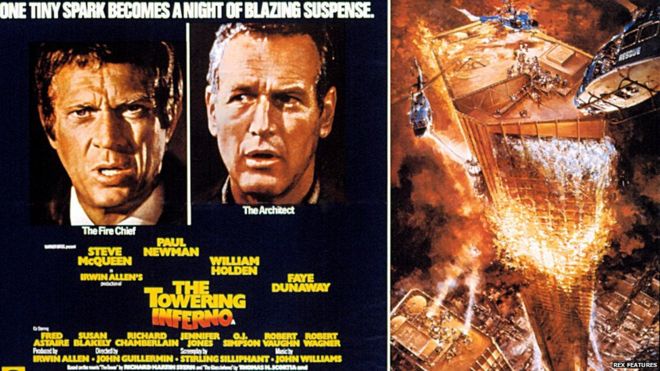 Oh yeah, this might be surprising. A long freaking movie from the 70s full of tons of heroes, villains, fire, and probably the biggest all-star body count before Mars Attacks! came out in the 1990s.

So, what makes this one of my go-to flu movies?

Reminds me of what my high school boyfriend said about The Perfect Storm: you could fast-forward through half the movie and not really miss a thing.

Now, sometimes the sirens get a bit loud in the first hour, but if the tube’s turned down enough, it becomes a dull background noise that you could sleep through. They can wake me up, but I take a brief glimpse of the scene, shrug, and fall right back to sleep.

I know it’s supposedly Hitch’s masterpiece, but it bored me to tears. I tried three times to stay awake all the way through it, but nope, just didn’t work.

Because I don’t have it anymore, and I hate it, and won’t actually have the chance to use it as a flu movie, it’s an honorable mention because I’m sure it’d be a doozy.

Why not? It did the job of letting me doze when I was trying to stay awake.

Take your pick. Any or all of them would suffice when you’re stuck sitting there, sick and tired, and don’t want to change out DVDs too often.

I’ve watched these during many a lengthy cold or flu. I can fall asleep and miss tons, but at the same time, miss very little.

Look at the format of the films: dialogue, sweeping panoramas of CGI buildings, landscapes, people walking/ riding/ climbing. It’s a road trip movie with fantasy characters and a great soundtrack that has a decent level of volume for the most part. And it repeats…and repeats…and zzzzz.

Yeah, you can fade in and out with these flicks and not feel so bad.

They’re so long it doesn’t matter.

Any good “flu movies” you might recommend? I’m going to go drown myself in some more good tea and see how funny these Honest Trailers can get when you’re on meds.