This is going to take more introspection than I am used to, but it’s about damned time. My work in getting rid of the crap around my house has slowed down to a crawl, though I’m going to knock 1 or 2 spaces off my list this afternoon while the weather is great and the headache’s abated.

I’ve made lists of things that need to get done, but have left them by the wayside. I even stayed home this weekend and didn’t go anywhere, and ended up playing video games and arranging my healthy meals for the week.

I didn’t tackle that absolutely necessary to-do list, my “Plan of Attack” for getting rid of the unnecessary furniture and other things I’ve been wanting to get rid of for a while.

Well, part of it could be my search for a new job has left me hesitating to miss a phone call (reception’s lousy where I’m at–you sneeze and you lose the call). But that’s not really the big thing. It took me a couple of days to realize that was a lame excuse.

It could be that I’m busy as hell doing other things, but it’s more I’m PLANNING other things and trying to work them in my schedule. I’ve got some scattered hours here and there, just a few each day. Should’ve taken yesterday to get things done, but my aunt and uncle came by to hang out and make sure we weren’t lying when we said the house was still there.

No, I’m trying to get back to decluttering and throwing shit out because those two might be moving in later this month or in October. I need to clear things out and move things around…but I haven’t heard a thing about it lately.

At least, nobody said anything to me. And I don’t have long to go, either way.

I haven’t tried harder to make phone calls to charities to pick up excess furniture and stuff…and I haven’t cleared them out and put them someplace for easy access, either.

I think a big part of it is laziness. The other part I didn’t want to think of came to me before the storm: once they move in, where will I fit in?

I mean, I’ll have my own room, bathroom, and my library (which will have to move rooms and will take the most time because of all my books and other crap–most I have to throw out). They’ll have the bedroom with the walk-in closet that is currently my library (and they’ll have their own bathroom). Dad’s got his stuff on his side of the house.

But it’s not the living space exactly–its living in the space that I’m concerned about. 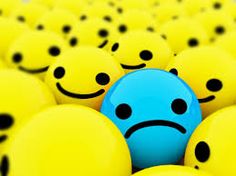 I’m a pseudo-liberal that’ll be surrounded by Dump supporters and I don’t have the money to get the hell out. If I’m lucky, that’s just my paranoia talking, but when dad gets talking politics…ooh…

I’ve mentioned a little of these fears and concerns in a previous post when dad was in the hospital. I think those concerns only multiplied because I wonder how the hell I’m supposed to keep things up. I can see dad having the company. I want him to be comfortable and to be willing to get or talk about getting the help he needs when he needs it. I want him to be able to hang out with family and chat.

I love my uncle like crazy and wouldn’t mind having him around–he was always a lot of fun when I was a kid, but you could talk to him about concerns, whereas my dad shuts down.

I want dad to be comfortable and stop resigning himself to death. Maybe his brother will keep him going (though I told dad years ago that he’s worked hard his whole life, and if he wants to go, he can go–I think he fucking earned it and he knows his pain threshold).

But I’m not comfortable.

I’m growing less comfortable knowing I’ll probably just hole myself up in my rooms all the time or get the hell out of the house because they’re there together. I don’t want to hear politics, and I don’t want to get angry all the time. It takes up too much energy.

Politics crap and “going along” for the sake of family peace is why I stopped living with my mother, dammit! Any political discussion with me would be like getting blood from a stone.

I’ll just have to make sure to never ever bring it up again, even if it’s something dad and I used to always agree on and still do, because it inevitably drifts into things we won’t agree on and then there’s an argument. Then he gets to say “well, you brought it up.”

Yeah, I’m gonna nip that in the bud and just…not.

It feels cleansing to be writing this right now. I don’t know how others live in the same house with political differences and maintain a good relationship. Me and dad are like roommates that have our own lives and split the rent (I try to clean when I’m home, he pays for the house).

Okay, you might be thinking if it’s just political crap, then yeah, don’t talk about it. That’s just an example.

The biggest thing is my own isolation. I don’t seem to fit in with anybody, anywhere. Politics have just underlined where I differ so drastically from just about everyone I know…especially family.

Makes me wonder what I’m doing here. I’m not trying to isolate myself, I just don’t know how to change it…or if I can…or if I should.

I don’t want to make things difficult for everybody, but the universe only knows what I really want.

It has to, because I sure as hell don’t. 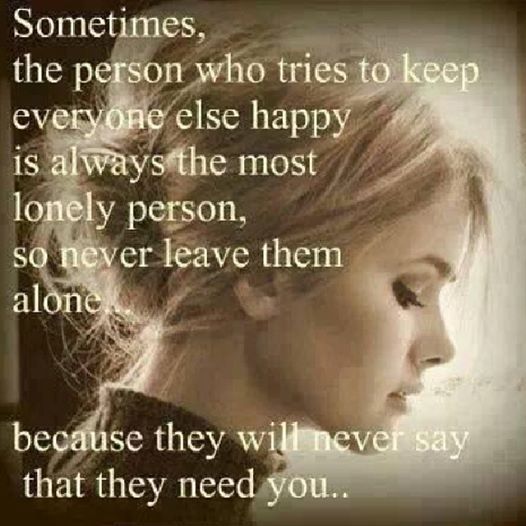 It would be easier if I knew what the hell I really wanted instead of doing what’s expected or going through the motions.

All I know is I kinda like where I’m living, and don’t even mind our crappy house that much. But it’s just being comfortable. I want to be home and away from people, then when I’m there I’m restless and want to be around people.

I’m tired of never finding a place that I’m comfortable in. Hell, the gym, Starbucks, and MMA are about the only places I feel good anymore. My house is the place where I hang my hat (and do my laundry, and sleep).

But is it a home?

Could I make it my own home if dad passed on? Would I want to?

I have other concerns now, too.

She floated the idea back to me about going up there to live with her and them and get used to the kids (there’s a sales pitch every time she’s on the phone). She said flat out she’d want me to take care of them because she know I’d make sure they did well in school and would help them find out what they want in life.

I find that ironic, since I can’t help myself for anything…of course, I’d need a steadier job and to save my money before I could consider such a move.

What’s stopped me all this time is dad. Who was going to be around him?

I want to think this could be a blessing in disguise…but I need to improve my financial status bad. Get things paid off and save, and maybe move up north to be with my bestie and her family, learn to live a little and try new things, because I am not living down here. Not well.

Like I said earlier, it’s a bit of a relief to be writing this out now. I’m at the craziest crossroads I can imagine at this very moment and I need to get on the ball. I’m going to do some serious kickboxing and jiu-jitsu in half an hour. I haven’t done both in the same day in a long time, but I need to clear my head and paying attention to mat work does wonders for me.

I want to find home. I’ve felt like an interloper in others’ homes far too damned long.

I want peace. A place of my own.

None of my current choices will allow that…but maybe I can fanangle a new one with some meditation (once I figure out what that is exactly) and a lot of punching bags.

And a new job would help, new clarity to write instead of staring at a blank page…

I’m more than ready to be something else.

3 thoughts on “A Place for Me at Home”