I thought it was straightforward, then three pages of Google searches later, there seems to be several possibilities (and some repeating answers). This question came to me when I was making my egg and potato tacos for lunch with–you guessed it–salsa to dip ’em in (a locally made “thick and chunky medium” to be more precise).

I’ve lived in Texas my whole life. Our so-called “state snack” is tortilla chips and salsa, which makes sense. You can’t throw a rock in a town without hitting either a church or a good family owned Tex-Mex restaurant. It’s a party staple and sleep-over go-to.

But is it really salsa we’re enjoying so much?

I’ve found a couple of things that make me wonder what the real difference is between “salsa” and “picante sauce.” Apparently the Pace company was the first to coin the term picante sauce when they started in the late 1940s. Picante, supposedly, was a sauce of major heat as compared to salsa.

So, picante sauce is supposed to be hotter than salsa, according to that tradition.

But look at the market shelves: you have several companies and several varieties of both salsa and picante sauce…and they all have different heat settings. Because I still want a stomach lining, I had to abandon my “hot” salsa and go with “mild” or “medium” (depending on the manufacturer, some don’t have “medium” available, and even then I have to be careful).

So, I guess picante’s evolved past a designation of heat.

Today, the most common description of what makes salsa and picante different is texture. Picante is supposedly thinner, blended or pureed to have an even flavor and works as a good ingredient in dishes. I can agree with that–great staple in my mexi-bean soups. Salsa is thicker and has more bits of noticeable chiles and tomatoes and such in it.

Salsa ALSO comes in many different textures and thicknesses. I just used my “thick and chunky” mild salsa bottle for my lunch. Regular salsa apparently isn’t so chunky, but still has noticeable lumps of what the items are in it. And when you go to a restaurant and ask for chips and salsa, rarely have I seen a salsa that’s very thick and lumpy at all.

It’s almost soupy, as if it’s been pureed… Like it was actually picante sauce they put in the bowl!

And to top it off, I’ve had some picante sauces that once you get them good and cold in the fridge, pull them out and put ’em in a bowl, they can be pretty thick, too… thicker than some salsas.

I suppose down here “salsa” can mean damn near anything in the spectrum of texture (except for pico de gallo, which has its own special niche). It’s like when someone here in Texas says “I’m getting a Coke.” That could mean Dr. Pepper or anything that is dark, carbonated, and has caffeine in it.

I guess it comes down to regional particularities and semantics at this point. I just find it funny in a way.

And now I’m jonesing for more tomato-ey goodness and going to get my fresh bottle of mild picante sauce/salsa, triscuit crackers, and a spoon. 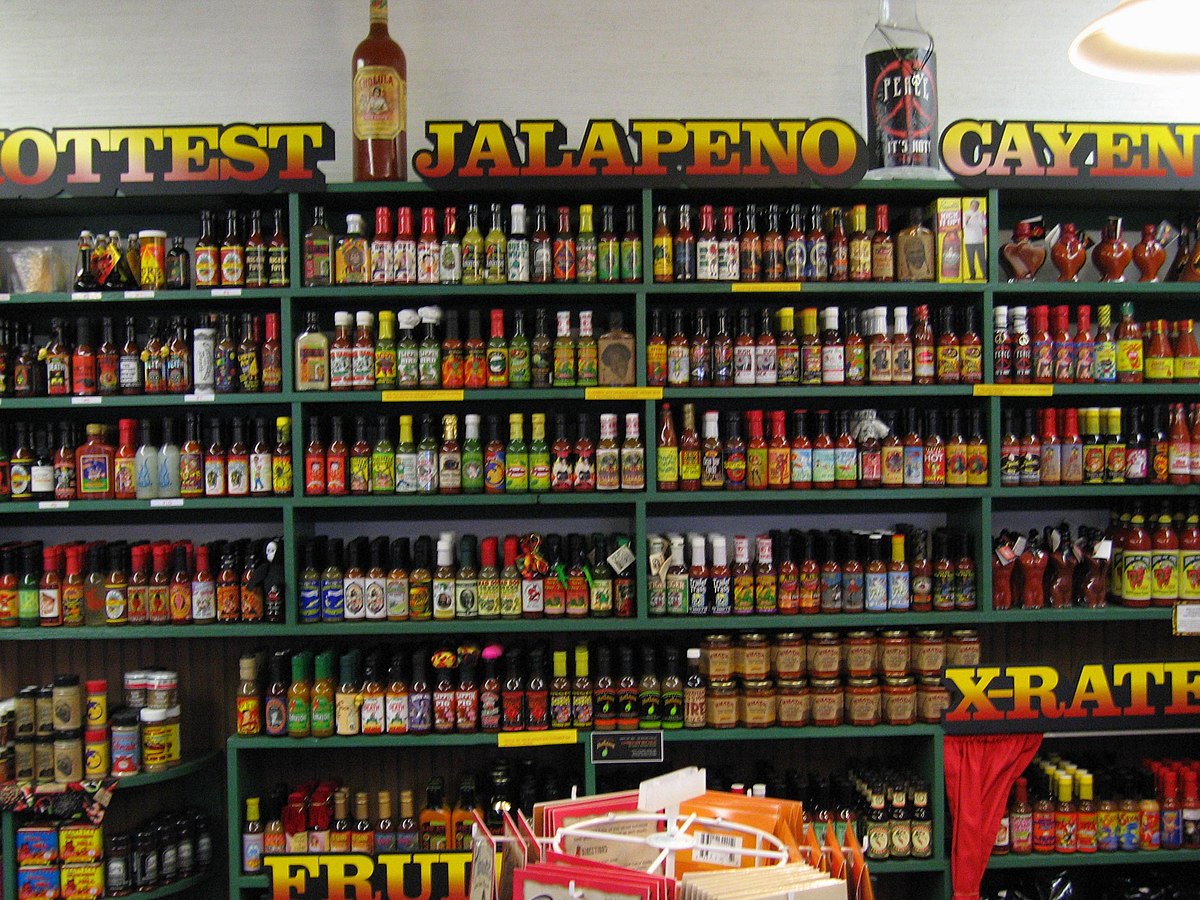 Ooh… too bad my stomach would kill me if I tried it all.

By the way, probably the best thing I’ve ever put on an egg and potato breakfast taco was essentially a “salsa” made of pureed fresh jalapenos with the guts trimmed out. Tasted fresh, smelled it, and it kicked the taste buds something good with its bit of heat…as long as you didn’t overdo it. A little went a long way. I need to find out how many makes how big a batch for next time…hmm…