Well, in a state of profound boredom yesterday, I ended up at my desk with my headphones and far-too-many CDs while I played pinball online.

Unexpected days off really mess me up.

But I’d been thinking about all the songs I’ve heard in my life and the little smile I get when one puts a vision in my head. Thanks to watching far too many movies, there are some songs that I just can’t listen to anymore without ’em.

Keep in mind, the songs I chose already had a life of their own before being put into the film. I’m not counting songs written specifically for a film (because that’s too easy), though some score composers–because of the film’s theme or the song’s perfection, might’ve woven some of the original song into the rest of the film’s music.

Well, here’s my list of songs and films, starting at the bottom: 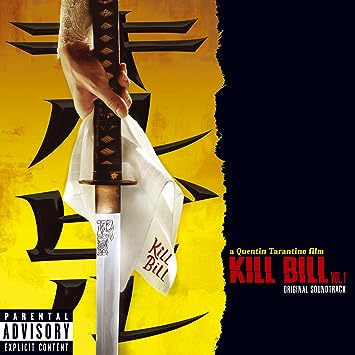 If someone who hated Quentin Tarantino was forced to say something nice about him, I’d bet 9 times out of 10 it would be “the man can pick the perfect piece of music for the moment.” Well, initial finders credit has to go to RZA for this one, according to the featurette on the Kill Bill, vol. 1 DVD. But keeping it in the film was the best decision.

This tune is not a household name by a long stretch, hence its place toward the bottom of the list. I have heard it used in video clips and snippets since the movie popularized it, and on a few more obscure radio channels for world music.

But let’s face it, when those first three notes on that pan flute start, it’s hard not to find the calmer, more philosophical Kill Bill scenes floating in your mind. I especially love the scene with The Bride and Hattori Hanzo, when he finishes the sword and presents it to her. It’s 50/50 with the music and the gravitas–and I often watch it over and over again.

And thanks to soundtracks, I can watch that scene in my head all I want with my headphones on.

#9–“The House of the Rising Sun,” by The Animals, Casino

Casino was the first place I can remember hearing this song, or rather, the whole thing. At least until classic rock stations started playing it again. It stirred my memory, and I LOVE this song.

Let’s face it–this song has been used in many soundtracks, film clips, and been re-made many times (hell, it’s a re-made song itself!). It does have an awesome life of its own. But there are days when I’m thinking about it, I get some of the scenes from the montage and resolution in my noggin while this song goes in the background… you know, like the movie did. Since it has its own life for the most part, I put it pretty low on the list…but not in my heart!

This song is probably one of the best known instrumental pieces in the world, though many would not be aware of it. But just hearing the first few notes of the strings, that sad, haunting quality…it’s no wonder it ended up being played or broadcast during the announcements or funerals of important figures, such as FDR, JFK, Albert Einstein, and so on.

And that was before Platoon was made. Adagio’s developing legacy as a piece for collective sorrow (though Barber supposedly never intended it to be that) made it perfect for Georges Delerue and Oliver Stone to use. Initially, it wasn’t supposed to stay in the film–it was filler music just to put forth the right emotion, but it was too perfect so Delerue incorporated it into the score at Stone’s request to elaborate on the tragic nature of the war.

It’s hard, after watching the film, not to think of the famous death of Sgt. Elias, or the other deep moments in Platoon without the music. It doesn’t work quite as well–it punctuated the moment too well. And so when the strings come in and the music swells, it’s hard to not remember other moments of sadness, let alone the ones in this amazing film. 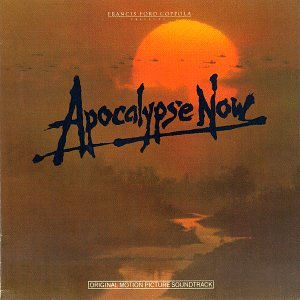 From one Vietnam film to another. This is the perfect introductory track for a film. Just listen for those first bits with the guitar and the instruments all coming to life, and Jim with “This is the end…” You probably even hear that digital helicopter noise before the track starts if you put in a Doors CD (and if I recall, my remastered Doors collection has no helicopter noise, so there).

Seriously, it’s hard not to hear the beginning of the song without those listless-feeling layered images of the fan, Capt. Willard, the Saigon room, and the napalmed trees. I have never been able to do it. Now that most people I know have seen the movie, I don’t think any of them can get the beginning scene out of their head when they hear this track.

Maybe that’s why it doesn’t get played often if ever on the classic rock stations–what a shame. It is imagery you can’t “unsee,” that’s for sure.

#6–“As Time Goes By,” performed by Dooley Wilson, Casablanca 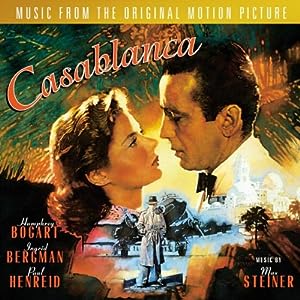 I can count this one on the list because, amazingly enough, the song was not originally written for Casablanca. It was actually written in 1931, and was just a sentimental tune similar to hundreds of others. However, the composer liked it and wanted to use it (Warner Bros. hated it, but let it stay because the musical theme permeated the whole score by then). It became a hit during the film’s release and ever since.

Seriously, when you hear Mr. Wilson and the first notes of the piano, try and convince me that you’re not seeing Rick’s Cafe Americain, or Rick and Ilsa somewhere in mind. I’ll wait.

#5–“The Entertainer,” arr. by Marvin Hamlisch, The Sting 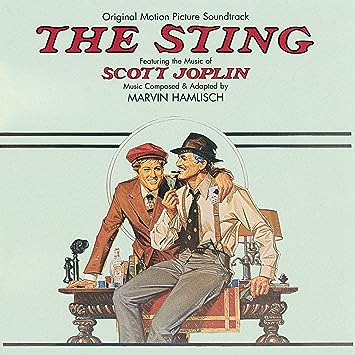 Ah, the Great Depression and the crazy fun music that came with it. I played clarinet, so I’ll always have a soft spot for ragtime in my heart, and especially this soundtrack. But thanks to the popularity of this 1972 feature, ragtime lasted longer than the nostalgic fad. A new generation not raised with ragtime got to hear it again and again.

Every time I hear the first few bouncy notes of the clarinet, then the piano join in, Robert Redford’s smiling face comes up, as does the whole cast (since the song plays first over the beginning credits). Hell, thanks to the movie, just about any ragtime tune can make a person think of The Sting, even if they didn’t intend to.

Yeah, this song’s hit the charts with a few different performers, but you have to admit, the whole damn cast makes a debut in your head when this track starts. Like The Sting, I’m sure that’s because the song first plays at the opening credits. But it sets the crazy tone of the film, and the track was used extensively in the film trailers and other advertisements.

Remember the twist competition at Jack Rabbit Slims? Well, it was not this song they were twisting to [it was Chuck Berry’s version of “C’est La Vie” (Teenage Wedding)”], but looking at the film trailers, they could’ve easily been twisting to “Misirlou.”

Basically, best you can do is play this song and have your own version of the movie trailer in your head…or the thousand some-odd clip-shows as a tribute to the film with Misirlou as the soundtrack.

Ah, hell. This is one of the best songs ever put on a beer joint jukebox (and I should know, drove everybody nuts with it), but more than that, I rocked out like nobody’s business. And that was long before seeing the scene:

Tom Cruise + socks & a pink shirt + “Old Time Rock ‘n Roll” = the start for just about every “nobody’s watching so I’m going to go crazy and have fun alone” scene in films.

Yeah, all you have to do is hear the first notes on the piano, and Tom slides into view on the floor, ready to lip-sync his heart out. Hell, that one minute can’t be taken out of the noggin, and never could. That’s really the only scene I remember. Oh well. Great song.

#2–“In Your Eyes,” by Peter Gabriel, Say Anything…

I didn’t know til I put this list together that the song came out in 1986 and the movie came out in 1989. I thought they were both a little earlier than that. Huh.

Okay, you’ve got the two major scenes to work with here. The first is the car scene, when Lloyd and Diane are at the beach about to sleep together when this song comes on. The second is the boombox in the early a.m., Lloyd’s outside on the lawn, trying to get Diane back in one of the most iconic teen film moments of the 80s.

Tell me you don’t see John Cusack in that long-ass brown coat, big sneakers with a big-ass boombox over his head every time that song comes on. Impossible.

#1–“Stuck in the Middle With You,” by Stealers Wheel, Reservoir Dogs

This is the song that made me start this list. Every time the classic rock station D.J.s say it’s coming up, somebody has to make a comment. I can’t hear this song anymore without a funny little grin because I’m also remembering the scene.

“Stuck in the Middle With You” on the radio. Michael Madsen’s “Mr. Blonde” doing his dancing shuffle with a knife. Cop in the chair. Camera pans away. Muffled screaming. And then the ear…

Yeah, there’s no getting away from that scene once it’s been seen. Too funny and macabre at the same time. No overly dramatic music or anything, just good 70s rock while Mr. Blonde nonchalantly does what he does.

Anyhoo, that sums up my main list. I had a few alternates, but they’re a little too vague as far as references or films go. Maybe another list another time.

So, any songs and movies you’d have on your list? Contrary to popular opinion, I haven’t seen every movie in the world, so I’m always on the lookout for more info.

Happy listening and good luck getting these scenes out of your head. Muahahahahahahahaha!