Well, I made it home safe, sound, and with more energy than I would’ve expected after being awake for 34 hours (from 7 am Monday to 5 pm Tuesday). I did, however, learn a few things from those websites that I wouldn’t mind passing along.

And yes, I don’t recommend pulling all-nighters. I’m not a doctor, never played one on t.v. This is just what happened with me. I call it a triumph, in that I didn’t go certifiably insane.

First, was I really sleepy at all? 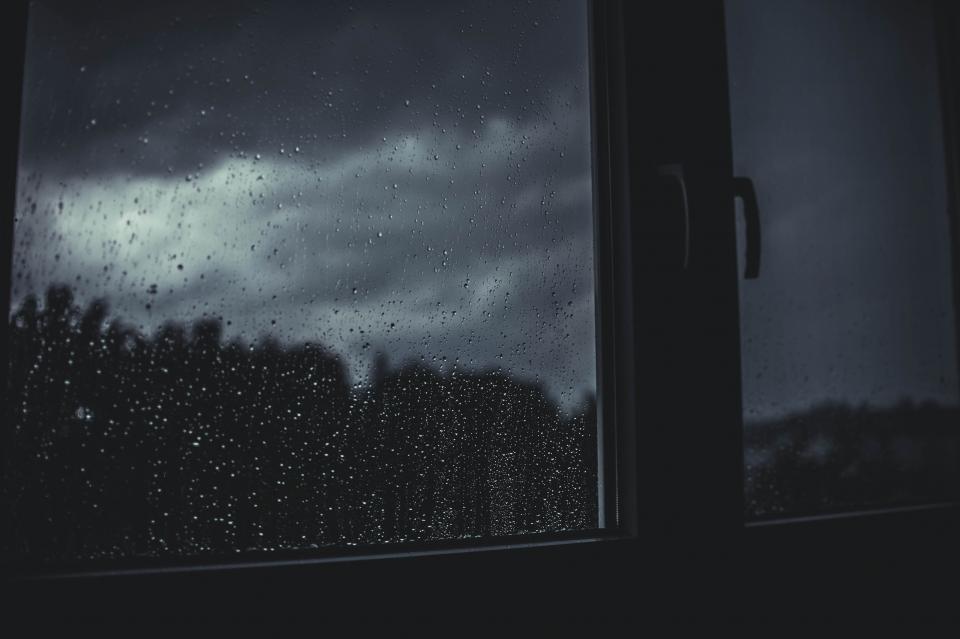 THAT is my ideal sleep condition… rainstorms… mmm…

Yes, when it was about 3 am on Tuesday morning. But then again, that’s my magic sleepy hour ANY time I pull an all-nighter. So I put on the movie Bloodsport and made sure to do my strength training. I rolled two days of strength training into one–upper body and core–and took my time doing a few reps with 5 pound dumbbells and my body weight. And I took my time to stretch it out and keep me awake before my next security walk around.

After all, it’s the main reason I have a foam exercise mat at work…and yes, the dumbbells remain.

The T.V. was acting funny in the break room, too, and what kept me going was having to try and fix it in between other things. I was too distracted to really focus on my school work, but I did get a few little chores knocked out.

But what about caffeine?

I admit, just because I wanted a bit of sugar and to wet my whistle, I had a can of Dr. Pepper around 11:30 pm Monday. I am not a big soda drinker, and usually not Dr. Pepper, but it was there and it was cold and I hadn’t had much to eat or drink all day.

I did do well with hydration, with lots of water, green tea, and Gatorade when I was particularly parched. I’d been a bit “ill” lately and wanted to keep the tank topped off, hence the Gatorade (somewhat watered down on purpose–too much sugar otherwise).

As far as the coffee goes, around 3 am, when I was getting tired, I put on my dark roast coffee. It actually took a couple of hours before I got a cup. Normally, I’d be drinking 2 or 3 cups between about midnight and 5 am. I barely drank half before I left for my job at 7 am.

That was one thing I wanted to try and take to heart that the wikihow site touched on. They were big on making sure not to take caffeine until you really felt like you needed it. Sipping all night makes it lose its edge, then you’re a drowsy wreck when you should be ending it.

Well, when I left around 7 am, I had to be at job #1 at 8:15, so I stopped by Starbucks for a Venti Caramel Macchiato and a breakfast sandwich (I’m usually just a dark-roast person, but I felt like treating myself after being at everybody’s beck-and-call for such a stretch). After that, it was water, water, water.

How did I manage to stay awake on the job?

I’ll flat out admit it. The closest I got to falling asleep was in the wee dark hours of the night, but I kept myself busy.

When I got to Job #1 again, I did give myself a break. After I got breakfast, I made it to the office by 7:35. I knew the boss wouldn’t be in until 9, and no co-workers til about then. I had to open up at 8:30 for customers, and did a few bits of prepwork. So I set the alarm on my phone for 8:15 covered my eyes with an arm, and lay flat on the floor to nap.

When I’m tired enough, I can sleep on a rock. My biggest concern was eye fatigue, which makes things worse. If I can rest my eyes and my back for a while, then I’m good for a few more hours. So I took about a 20 minute nap part under my workstation.

And I know I slept a bit because I woke myself up with my snoring–me and hard surfaces equals “wake the dead.”

And it really helped that I had a laundry list of things to do a mile long. We were cleaning out obsolete materials and things we just had too much of, and packing them up for storage. I spent hours moving and packing in between running to the phone, cleaning, digging up info.

And it was great! By the time I left, I’d gotten a bit of appetite and ate (which kept me alert a little longer), and then headed home.

That’s the surprising part–all that time awake, but I was kinda wired. I’m a little annoyed now because I figured if I had that much energy, I could’ve made it to kickboxing at 5 instead of going home. But I also knew that if I had to sit around and wait for the class to start, there’d be video of me on YouTube snoring to wake the dead while sitting upright on a bench.

I felt like a shark–and remembered (on the way home) a line from Deep Throat in the first season of “The X-Files” where he said “If a shark stops swimming, he’ll die. Don’t stop swimming.”

And then when Dory chimed in with “just keep swimming,” I knew it was time to go to bed.

So, just a recap: not a doctor, but did find a way to stay safe while staying awake…within reason. Of course, it’s safest if you’re at home the whole time instead of driving back and forth between jobs when you should be at home, passed out and under the covers. 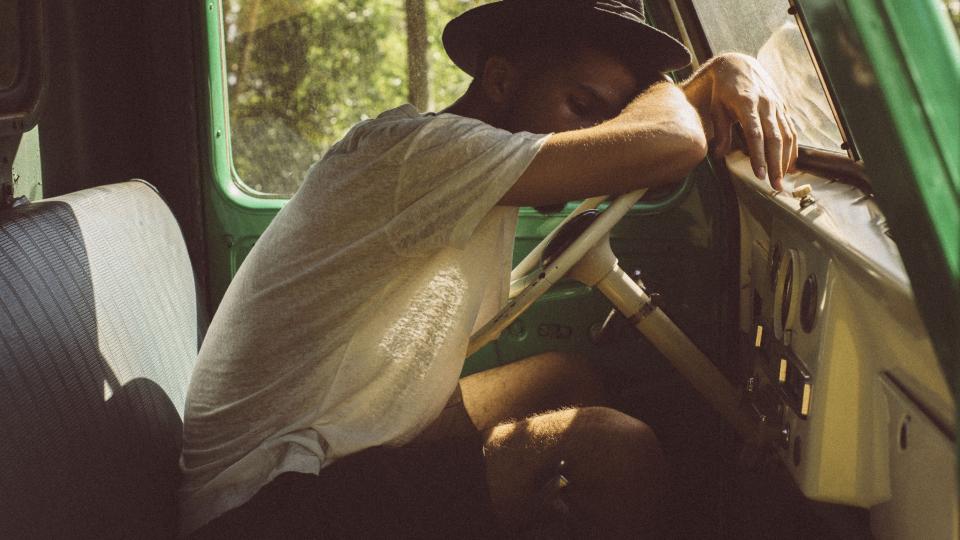 And of course, when you stay up, you’d better rebuild your sleep credit ASAP as long as you can stand it.