First, an explanation: I don’t remember exactly where I got my copy, but I know why. I heard of this book from Dan Carlin’s Hardcore History podcast (“Blueprint for Armageddon,” a six-part audio podcast that goes for roughly 14 hours–fantastic). After listening to every episode–twice–I decided I had to get this book, broke-ness be damned. 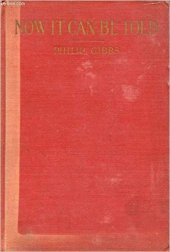 So I ended up with a used, beat-up hardcover book (like this one) because I saw no newer versions. I thought maybe it was out of print and I was lucky to find it at all. Recently, I found some online…but they look like the super-crappy scanned and bound versions that end up as e-books or cheap reprints with blotches and mis-scanned words. I HATE those versions.

This red-covered veteran of the printing world easily became the oldest book in my arsenal. I got the Harper & Brothers Publishers, U.S. printed version from April 1920. The fly page has the names of two previous owners–one from 1920, one from October 1958.

Part of me wonders if they really read the book, or maybe just certain parts they wanted to read. The book is so old the bottoms of the pages were ripped and falling apart. I soon figured out why: the pages were still stuck together, never cut after the printing. Many sections required me to use my bookmark to gently cut the pages apart on the crease so I could read it.

Collectors may be aghast at what I’ve done, if indeed this is a first edition and I just ruined it doing what I was doing. However, I bought the book to READ! I buy all my books to READ, and I wasn’t going to be able to if the pages were still stuck together at the bottom!

And from what all I got out of the book, I’m glad I cut those pages to read them…and yes, I was careful. The pages are nearly 100 years old, so they cut easy, anyway.

Philip Gibbs’ Now it Can Be Told is a British war correspondent’s account of World War I, filled with much of the info the censors wouldn’t allow him to include in his dispatches and writings home. This book is a rich resource to pilfer for anyone wanting to understand more about World War I and the feelings of those who were there. Not just the British, but anyone of the empire at the time, the French citizens near (or in) the battle zones, and captured German prisoners and/or documents. Its a remarkably human account of an inhuman period of time, full of darkness and light.

Hell, I’ll let Gibbs tell it in his “epilogue” (of sorts) why his presentation is the way it is:

In this book I have written in a blunt way some episodes of the war as I observed them, and gained first-hand knowledge of them in their daily traffic. I have not painted the picture blacker than it was, nor selected gruesome morsels and joined them together to make a jig-saw puzzle for ghoulish delight…. I have here and in other books shown the light as well as the shade in which our men lived, the gaiety as well as the fear they had, the exultation as well as the agony of battle, the spiritual ardor of boys as well as the brutality of the task that was theirs. I have tried to set down as many aspects of the war’s psychology as I could find in my remembrance of these years, without exaggeration or false emphasis, so that out of their confusion, even out of their contradiction, the real truth of the adventure might be seen as it touched the souls of men.–(page 513)

At first, I admit Now it Can be Told bored me in places, but then picked up quickly. I read much faster to finish the book once I realized it was perfect that way; after all, the war had many periods of boredom punctuated by intense action. The book feels like it was written for its contemporary audience, too. There’s a bit of big-name dropping that contemporary readers remembering the news reports could recall, but many names escape all but the research of devoted WWI scholars.

Now it Can Be Told feels like you’re hearing the point of view of someone going through the war. Well, duh. But by that I mean you don’t have a lot of backstory thrown in, unless it’s a brief remembrance, much like if somebody’s bringing up an old co-worker or classmate and you take a moment to picture them…that’s about the extent of it. You’re going through the reminiscences of the war with the author, seeing and hearing things, absurd and frightening, funny and cringe-worthy, etc.

Gibbs gives any reader a good view of life on different parts of the front, and how it differed from H.Q. all the way to the front lines of different actions. From this 21st century reader’s standpoint, the differences between the way men lived at the front and the Generals is absurd and dismaying, horrific in its own way. The book doesn’t spend all its time bashing the generalship, though–but there will be plenty of soldiers willing to say what they will about it in the text.

Tank bogged down in the mud of Passchendaele, 1917

There is no index in this book because it’s a primary source and didn’t rely on other documentation than Gibbs’ own notes. If Gibbs had written extensively about a subject already in another book, chapter, or article, he mentions it and moves along. So, for those hoping to find more info about a specific person or action, they’ll have to see if the newer editions have an index or just read it.

I firmly believe that this book isn’t meant for picking and choosing: it needs to be absorbed. It’s a book that needs to be soaked in, to let yourself be there. The more I had time to allow just that, the better it was because I felt like I’d found a window only I had the chance to look through. The change of scenery, the place. It’s not awash in descriptions, but does have vivid language to describe the moment.

Gibbs tells the story with a reporter’s succinctness, though the book is over 500 pages. Then again, this was a 4 year war, with lots to cover and lots to experience.

I developed a lump in my throat a few times as I read, especially with Gibbs’ section on the armistice period. Gibbs’ observations and conclusions are damning, full of national pride in some instances (and biases as to blame), but also disgust and dismay.

I can also say I felt a chill going down my spine while reading this section specifically. Gibbs published this in 1920, and the undercurrent of worse to come in Europe was present in his voice and vision. We know what’s to come, after all.

Bottom line: if there’s anyone out there who wants to understand World War I from the eyes of one present for the duration, who wants to research more on World War I, this book is a helluva start.

3 thoughts on “Now it Can Be Told, by Philip Gibbs”

Politics, things that make you think, and recreational breaks

Advice and Tips on How to Garden

A place to share stories, find solutions, and discuss ideas for a better future.

A site to discuss better education for all