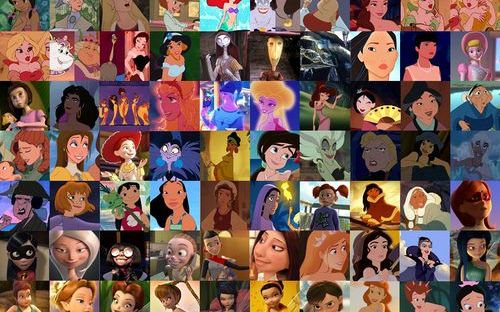 This question’s been bugging me for years, and if you haven’t read Sarah Boxer’s 2014 article from “The Atlantic” about this very topic, then I highly recommend you do so now…

This question has been answered to an extent, mainly that I’m certainly not the only one who’s been wondering about the missing or dead parents that seem to (not) populate the Disney/Pixar, Dreamworks, etc. universes.

I can understand the time-crunch factor–if an animated film has to have the character get on a journey, grow up, and get the prize within 90 minutes, it doesn’t leave much for other characters’ development or even their logical placement (especially within budget.

I can understand the original times the stories were written in, where Disney’s fairy-tale features came from. The stories were told in times and places where people just didn’t live very long, family members died off, and parents remarried quickly.

What I can’t understand is the persistence of this trend over the years.

I admit that I haven’t had much a chance to watch animated films as often as I used to in the past few years, but in the basic synopses of what has come out, they’ve either sidestepped family trees entirely (think Minions) or created the “fun dad” (Despicable Me, Finding Nemo, and a half dozen others Ms. Boxer posted about already).

So, I should post the best question possible–why do children’s animated film writers persist in writing stories that have no father and/or mother, or the kids are orphans–what about step-parents if one dies (that aren’t evil for once), or step-families for that matter?

I grew up with a stepmother at one point (she eventually went on her merry way with her kiddos) and I couldn’t help comparing my situation to that of Cinderella some of the time. Somehow despite 4 of us kids, I ended up actually doing most of the chores. (I think it was an unclear dividing line of responsibility in one part, and the “pushover” tattoo on my forehead on the other). I washed the dishes and did the laundry and she resented dad for apparently treating me better than her kids.

I guess it’s hard to get punished for being bad if all you do is chores (hee hee).

But really, it was hard to not look at her with suspicion even before the Cinderella-like existence cropped up. We were raised to think of “the other” woman as evil in some way, and as things got worse between us, it made it hard not to wonder if this is the way the stepmother-stepdaughter relationship was supposed to be.

Ms. Boxer makes me want to watch The Incredibles now, because it seems to be one of only two I’ve heard of so far that bucks the trend–they’re a super family, but they’re an intact family. I’d almost forgotten Brave, and the mother’s even central to the plot.

Bambi, 1942. Reaction after his mom’s shot: the Prince (stoically), “Your mother can’t be with you anymore…” followed by a twittering-birds-in-spring scene. Lesson: death’s no big deal.

I’m not some crazed throwback, thinking every house must contain the “traditional” nuclear family of dad, mom, and kids to be happy and real. Life has never really worked that way, even though some would watch TV shows from the 1950s and firmly believe otherwise. Some judgmental dinosaurs (read: “family-values” politicians) act like “Leave it to Beaver” was a documentary.

Well, I think if this article did anything for me, it would be to read all of the Grimm’s Fairy Tales collection that I have, and some other stories, and perhaps come up with my own tales about monsters and intact families.

I think it could be done, but it would take a serious departure from traditional thinking.

Seriously, though, if there are some good animated films and children’s stories that pass Ms. Boxer’s requirements, lemme know. As more money’s gone into animated films in the past decades, and said films are rarely limited to the 90 minute block they’d always been put into (since 2000, most animated films seem to’ve hit nearly 2 hours in length).

It’s nice to see the characters in animated films become more diverse–I was really pleased to see more than the white-bread caricatures that’ve come down the line since the early years. Maybe its time to diversify family backstories a bit at last.

2 thoughts on “#007–Will the Dead mom/Evil stepmom trend EVER change in children’s animated films?”

Finding science in the everyday

Why Evolution Is True
THE VIRTUES OF CAPTAIN AMERICA
ScienceSwitch

The Fun Side Of Science